Yes, human-induced global warming is responsible for global heatwave and here's how we know

An epic heatwave is gripping the northern hemisphere, shattering records, exacerbating fires, and killing people. This heatwave is partially the result of human-induced global warming. Here's how we know. 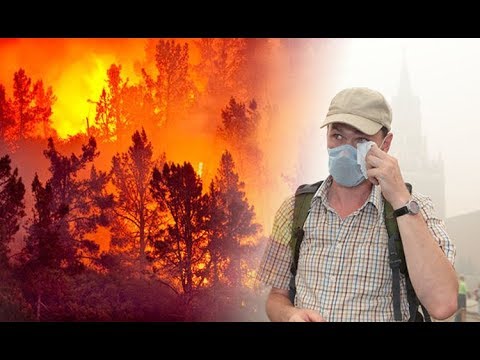 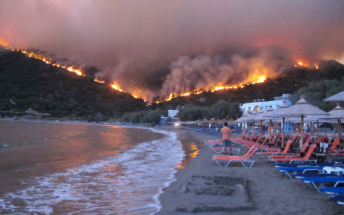 A man takes refuge on a beach in Greece as fires ravage the country.

LOS ANGELES, CA (California Network) - A global heatwave is shattering summer temperature records around the globe. Japan has recorded a temperature of 106 degrees Fahrenheit, and dozens of deaths have been attributed to the heat. In California, the heat has dried out vegetation, exacerbating several large wildfires. The mountain community of Idyllwild in Southern California has been ravaged by fire which has destroyed several homes. In Northern California, a bulldozer operator was killed by shifting smoke and flames.

Most Californians have access to air conditioning, but those who live in coastal communities lack the luxury and are struggling to stay cool. The heat can be fatal.

It's not just California either. Most of North America is gripped in a heatwave, and heat kills when people cannot cool off. This is especially true for the elderly who may be shut-in, or incapable of going someplace cool.

In Europe, drought and record heat are making life miserable for millions. In Norway, temperatures have reached the 90s Fahrenheit (33C), which is causing harm to reindeer herds and people who are unaccustomed to the heat. North of the Arctic Circle, temperatures have climbed into the 90s across Scandinavia.

The past three years have been some of the hottest on the planet in recorded history. On July 5, Algeria recorded the hottest temperature in all of Africa -- 124 Fahrenheit. This is an all-time record for the continent.

These record highs also contrast with record lows during the past winter. Rather than negating the proposition that the planet is warming, these record lows affirm it. Record temperature swings are a predicted hallmark of global warming. 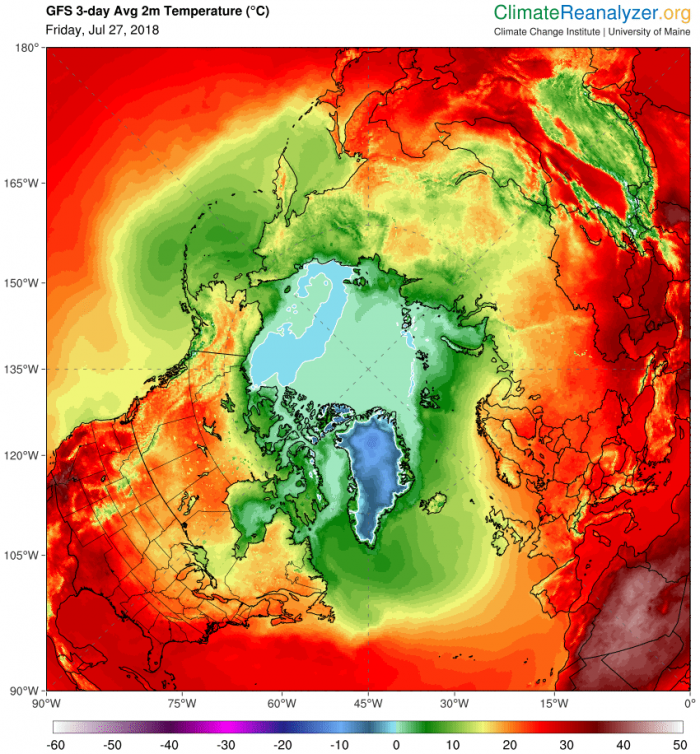 Earth's climate changes naturally over time. In Earth's prehistoric past, the planet has been both hotter and cooler than it is now, and substantially so. The prehistoric climate record reveals these changes occurred slowly, often over thousands of years. In the few cases where temperature changed rapidly, always in the aftermath of a catastrophe, such as a supervolcanic eruption, a mass extinction followed. The simple reason for that is natural selection needs time to work, forcing organisms to evolve adaptations to the changed environment. When change happens naturally, it is slow and gradual, and few extinctions occur. When it happens rapidly, mass extinctions happen.

At present we are observing what scientists call the sixth mass extinction in planetary history. We, humans, are to blame. Mostly caused by habitat destruction and over-harvesting, we are killing off hundreds of unique species each day. Scientists estimate the figure of extinction is between 150-200 daily, but the numbers are estimates and they vary. Regardless, they agree the figure is much higher than it should be.

While human development, the clearing of land for farms and living space is a major culprit in extinctions, it isn't as terrible as some assume. In fact, all the humans on the planet could be packed into an area the size of the Manhattan, if people lived as densely as they do in Manilla, Philippines.

Rather, the chief culprit appears to be our pollution. Not only are we poisoning our air and water, we are causing both the atmosphere and oceans to warm, which changes the environment where creatures, both plant and animal have evolved to live. These changes are happening so fast, the organisms cannot evolve fast enough to survive.

These changes are wrought by the emission of various gasses into the atmosphere, including methane and carbon dioxide (CO2).

It should be noted that natural CO2 emissions still far exceed what we produce as humans. CO2 is taken up by plant life as food. However, Earth is a finely tuned environment, and while it self-regulates and self-corrects, it needs time to do so --that's what natural selection and evolution are for.

The problem is, we are cutting down and destroying plant life faster than nature can replenish it. By denuding the landscape, we are literally cutting down the lungs of the Earth. The more trees we cut down and burn, the more CO2 we release. And the less capacity Earth has to take back the CO2 we emit.

The net result is a slow buildup of CO2 in the atmosphere as a direct result of our activities.

Of course, CO2 isn't the monster it is often made out to be either. In fact, without CO2, Earth would likely be too cold to support life. However, as CO2 causes mild warming of the planet's atmosphere, it also drives evaporation. And if we think CO2 is bad, we should consider the warming effect of water vapor.

Water vapor self-regulates. More water vapor means more rain and snow. So one way scientists describe water vapor is as an amplifier. But if vapor is the amplifier, then CO2 is the volume.

Since we know humans are releasing more CO2 than nature can take back in, we can blame ourselves for the unnaturally rapid increase in emissions. The result is more vapor, and more heat.

But more heat isn't the end of it. The heat is a product of energy being stored in the atmosphere and oceans. This makes the weather more chaotic and unpredictable. It makes it more extreme. Jet streams meander more, bringing frigid arctic and antarctic air into temperate latitudes.  Therefore, it is possible to have extremes of heat and cold.

Weather remains complex, and we do not fully understand every interaction. However, broad trends can be reliably observed, such as the relationship between CO2 and temperature, and the pace of climate change to mass extinctions. This provides us with enough information to conclude that while we do not understand every detail, we can say humans are driving climate change.

That makes us at least partially responsible for the ever-more extreme weather we are seeing on the planet. The good news is we can address the problem.  It requires changes in our habits and changes in the developing world, which is emitting most of the gasses and cutting down most of the world's forests. So far, there are no indications this is about to improve. Poor nations have little incentive to change their habits, even though their people suffer the most. But we in the Western world still have responsibilities and can do much to help.

Meteorologists predict the current heat wave will last into August, and they predict the present phenomenon will be more likely in subsequent years.