The Vatican is a nice place to visit, but it isn't a place you want to be called to visit by the Pope. Unless you are a tireless human rights activist, a subject-matter expert called to advise, or a saint, you don't want to go to the Papal equivalent of the Vatican woodshed. Several oil executives are being sent to meet with Pope Francis who wants to discuss environmental concerns with them. 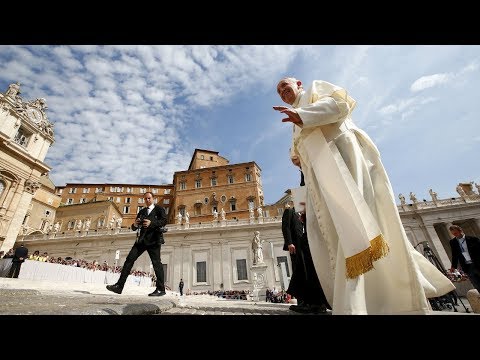 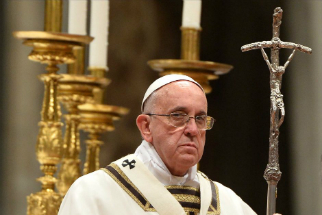 Pope Francis often calls people to the Vatican to either honor them, or to 'talk' to them.

LOS ANGELES, CA (California Network) - When Pope Francis calls people to the Vatican, it is either a great honor or you are in a lot of trouble. Usually, the trouble is reserved for miscreant clergy, but Pope Francis has been known to call leaders who may also be behaving badly to the Vatican.

Pope Francis has invited big oil executives to the Vatican for a talk. According to people in the Vatican familiar with the details, the Pope plans to talk to them about climate change.

The CEOs of BlackRock, BP, Equinor, as well as executives from several other firms are invited to attend. Most of the invited have issued no comment. The Vatican is also not commenting. A few have confirmed their attendance. It is expected that all will show up.

So why the silence?

The attendees are likely to catch an earful from Pope Francis. The Pope has published an encyclical on the environment and the importance of creation care.

The agenda for the meeting is global climate change and how these executives can be part of the solution.

In recent years, oil executives have admitted the existence of global warming, and several have made a commitment to renewable energy.

This is good news, and those that are sincere in protecting the environment will find a friend in Pope Francis.

Fossil fuel emissions are responsible in part for human-induced global warming. While human activities are dwarfed by natural emissions, nature is balanced in such a way as to accommodate those emissions. But humans are doing two things to spoil the Earth. First, we are cutting down forests and destroying natural vegetation, which is nothing less than the lungs of the planet. Forests are natural carbon sinks, so cutting them down means less carbon can be removed from the atmosphere. Next, the burning of trees and fossil fuels releases carbon into the atmosphere. This puts nature into a double-bind with more carbon and less ability to remove it from the environment. Ergo, global warming is accelerating.

Our need for energy is one of the great drivers of CO2 emissions, and therefore oil companies are in position to do the most to help cut emissions. A focus on renewable, cleaner burning fuel, carbon credits and other methods can change the world for the better.

Next week's meeting matters. When Pope Francis speaks, the world listens. And if oil executives listen to Pope Francis, then great, positive changes can result.