What's wrong with the Sun? Lack of solar activity could cause mini ice age by 2050

Scientists think the Sun may be approaching a record minimum in its recorded history, a state which could lead to a mini ice age in North America and Europe by 2050. 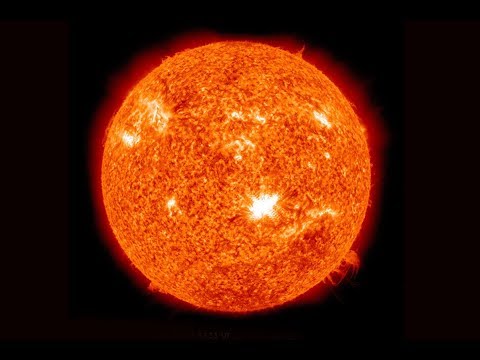 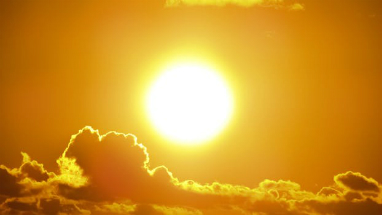 What's wrong with the Sun now?

LOS ANGELES, CA (California Network) - Scientists think the Sun may be entering a period of minimum activity which is lower than at any time in the star's recorded history. The last time the Sun experienced such a low, Europe and North America were plunged into a mini ice age.

The Sun is a typical yellow-dwarf star composed mostly of hydrogen and helium. The heat and pressure of its core fuse pairs of hydrogen atoms together so they become atoms of helium. During fusion, these atoms release the same energy of a nuclear fusion bomb (an H-bomb). This happens billions of times per second, causing the Sun to shine and radiate heat.

The dense, swirling gasses that make the Sun also generate a magnetic field complete with a north and south pole. That magnetic field experiences a cycle, which lasts about 11 years. The magnetic field goes from a quiet, settled state to a confused, active state. At the climax of each cycle, the poles reverse, with north becoming south, and vice versa.

This magnetic chaos is visible on the surface of the Sun. The twisted, looping, knotted magnetic field lines create cool spots on the surface which appear dark to observers on Earth. We call these dark patches sunspots, and they are a reliable indicator of the Sun's state.

Opposite solar maximum and pole reversal is solar minimum. At this time, there are few to no sunspots and solar activity is weak. The intensity of solar radiation emitted into space by the Sun is less than usual, and this affects the Earth's climate.

For the most part, this effect seems to be minor, but some scientists believe when solar activity reacher a minimum, it causes temperatures on Earth to drop.

Small changes in Earth's overall temperature have a big effect on climate. A few degrees of warming or cooling overall are the difference between an ice age, or an uncomfortably hot world.

Human history, which began just 10,000 years ago with the ability to keep written records, hasn't seen a major shift in climate. The last ice age ended about 11,700 years ago, and the weather has been pleasant since. Parts of Africa and the Middle East have become deserts, but aside from those changes, humans have not experienced a dramatic change in climate with only one other exception: the Maunder Minimum.

The Maunder Minimum was a period between 1645 to 1715 when the Earth was cooler than normal. In fact, Europe experienced a mini ice age of sorts with harsh winters. At that time, solar research was in its infancy, but observers were already counting sunspots and they observed that during the entire 70-year minimum, there were less than 50 sunspots. A normal count would have been in the tens of thousands.

Researchers using advanced methods have since found evidence of other minimums in our history correlating with periods of cooler temperatures on Earth.

The relationship between solar cycles and Earth's climate is not well understood, but there does appear to be a strong correlation. However, correlation is not proof of causation. They have, however, linked normal solar minimums to warmer arctic conditions and harsher winters in Europe. A warm arctic does lead to harsher winter and more of the 'polar vortex' phenomenon when frigid Arctic air slips south.

At present, scientists say the Sun may be approaching a remarkable new low, even lower than the Maunder Minimum. If true, researchers from the University of Exeter in the UK and the University of California, San Diego, in the USA suggest we could see a mini ice-age by 2050. North America could also experience colder temperatures.

During the Maunder Minimum, the river Thames froze over. It may happen again by 2050.

They refer to this condition as the 'Grand Minimum.'

But what about global warming?

Scientists tend to agree that human activity is releasing greenhouse gases into the atmosphere, warming the planet. The overall level of warming isn't much from a human perspective, but it is enough to impact nature. Global warming is causing climate to change around the globe and contributing to the extinction of many species of animals. All animals adapt and evolve to thrive in a particular climate, but if climate changes faster than natural selection can happen, species can go extinct. Coral reefs provide a prime example, as ocean acidification is happening so fast that the reefs are being bleached and coral is dying before it can evolve to survive in the changed environment. Several species of fish which rely on the coloration of coral for camouflage are also at risk of extinction.

There are two questions scientists would like to answer. The first is, will global warming offset the Grand Minimum, preventing the effects of a mini ice age? Nobody knows. Second, if we are entering a mini ice age, what happens when we come out of it? Will the planet warm much more rapidly without the offset from the cooling? Probably, but nobody is sure.

We are adaptable. Weather is variable, and so too is climate over the long-run. Humans have survived climate change in prehistoric times, and in more modern times as well. We will survive whatever happens next. But will we suffer? If winters become harsher, and if global warming spikes after 2050, we surely will. Fortunately, we can stave off these effects by planning ahead. But whether or not we can come together to do that remains a mystery as big as the Sun itself.