Warning from scientists, the end of the world is near

Free World Class Education
FREE Catholic Classes
We are eating and consuming the planet, and it is about to get much worse.

More than 1,500 scientists have issued a warning to humanity, stating that our activities, and life as we know it are on a collision course. Better stewardship and a new ethic is required if we expect to preserve the planet for future generations. 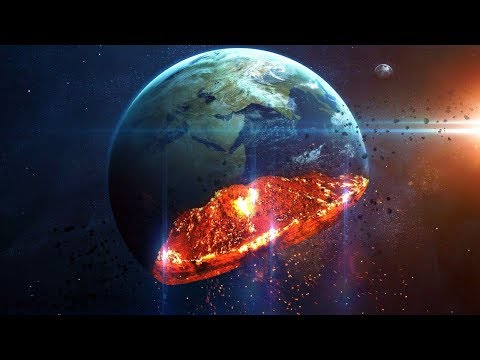 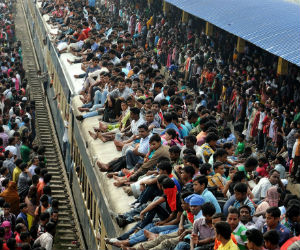 According to Malthus, overpopulation leads to widespread poverty and misery. Other economists disagree and say more people means more people making more stuff, which increases the collective standard of living. Both appear to be right, but with Malthus likely to have the last word.

LOS ANGELES, CA (California Network) -- More than 1,500 scientists have signed a warning to all humanity, that we are on the very brink of catastrophe. The warning follows a previous letter, sent 25 years ago, which issued a very similar warning. The new letter examines the progress we have made in the time since.

So how are we doing? Terribly appears to be what the data shows. Although ozone depletion is on the decline, freshwater resources are running out, ocean dead zones are growing, our forests are shrinking, species are going extinct, while population, CO2 emissions, and warming are rising rapidly. Fishing appears to have stabilized according to its graph, but the graph is misleading. The scientists explained that while catches are trending slowly down, it is not because of conservation. Instead, fishing effort is increasing, and fish stocks are being depleted, resulting in fewer returns.

The scientists praised progress on reversing ozone depletion, citing it as an example of what we can do when we work together. They also noted that significant progress has been made in reducing extreme poverty and hunger as well as booting education for girls and women.

However, we are still on the path to "widespread misery and catastrophic biodiversity loss." We have not heeded the warning of 25 years ago, the scientists point out.

The fact is, humans are remarkably short-sighted. We have difficulty making long-term decisions and understanding the impacts of our immediate choices.

Easter Island in the Pacific Ocean is one of the most remote islands on the planet. It was inhabited for hundreds of years by people of Polynesian ancestry. The native people flourished for a time and carved massive statues erected on platforms called â€˝moai," for which the island is renown. What many do not know is the island arguably provides a textbook example of Malthusian collapse.

According to the hypothesis, the people of Easter Island eventually overpopulated the island and consumed all of the food resources available. They eventually cut down their trees for food. At some point, decades before European contact, the people cut down their very last tree. After that, they may have resorted to cannibalism, although this is hotly debated. Most of the population was weakened by the time outsiders began arriving and many were enslaved or killed by disease.

While the hypothesis of Malthusian collapse on Easter Island remains subject to debate, it is a plausible scenario and one for which there is some evidence.

The idea of a Malthusian collapse was developed by the English economist, Thomas Robert Malthus, who proposed that populations increase as long as there is food to sustain them which prevented the accumulation of collective wealth and progress toward a utopian society. His idea has since been debunked, but only partially. Both the population and the collective standard of living has risen since the 18th century. However, there are limits to the food supply, and when abutting those limits, misery results.

Experts forecast the carrying capacity of Earth, which is the maximum population it can sustain, is close to 12 billion people, a population that could be reached in as little as a few decades or so.

However, we might not make it that far if fresh water runs out, key animal species go extinct, or the global temperature rises more rapidly than nature can adapt, hence the warning from the scientists.

There are changes in the wings. There is a growing momentum towards the adoption of renewable energy and to end dependence on fossil fuels. Automobiles are going electric. Vertical farming could move farms indoors, even into urban areas where the end consumers live. Vertical farms use much less water, don't require pesticides, and have a small footprint compared to a sprawling farm. Lab-grown meat is also in development, which can end our dependence on ranching and livestock, and possibly someday, fishing. These developments would secure our food supplies almost indefinitely. That leaves the remaining issue of managing our population so that we do not overconsume the resources we have left. However, this is more than an issue of resources, it is also a moral concern. For example, how exactly should the population be managed, and can it be done in a manner that is consistent with reason and natural law and without violating human rights?

We are close to a turning point, but we are equally close to a tipping point. It is up to us which one we reach first. There is a reason for optimism. Humans have always overcome and survived every collective existential challenge. Humans have survived every famine, disease outbreak, war, climate change and every other kind of catastrophe imaginable. We have overcome these challenges and thrived in spite of them. There is reason to believe we will also overcome the present challenge if we continue to work together as we always have in the face of great tribulation.