Did global warming cause Hurricane Harvey? No, but here's what it did to make it worse

Free World Class Education
FREE Catholic Classes
Global warming made the storm worse, but was not the cause.

Hurricane Harvey may be the worst storm in American history in a number of categories. It spawned and turned into a category 4 storm within a very short time. It has impacted the U.S. for more than a week, and it has dropped an unprecedented quantity of rain, leading to historic flooding. Damage estimates range as high as $160 billion with uninsured people bearing the brunt of the losses. Is global warming to blame? 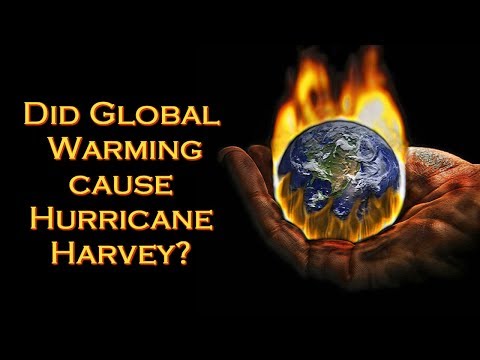 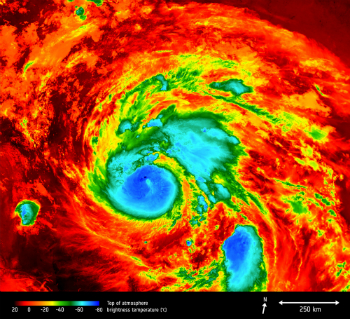 By many measures, Hurricane Harvey is the worst storm in American history.

LOS ANGELES, CA (California Network) -- Hurricane Harvey has not yet left the United States, with the system, spinning and roiling over the Mississippi river, on its way into Tennessee and Kentucky. Harvey has dumped an estimated fifty inches of rain on parts of Texas, or the equivalent of nine-trillion gallons of water. And the rain is still falling along its path.

Harvey developed quickly, growing from a tropical wave to a category 4 storm in about 48 hours. While hurricanes routinely make landfall in the Gulf, never has one dumped so much rain on one area. The storm stalled over Texas, leading to massive flooding. The storm also spawned tornadoes at the same time flooding was taking place, making it exceptionally dangerous. It is difficult to take shelter in a basement when the basement is filling with water. In several instances, people were being told to move to their roofs to await rescue at the same time tornado warnings were being issued.

The official National Oceanic and Atmospheric Administration (NOAA) models, which are used to make weather predictions were largely accurate. They predicted up to 20 inches of rain in most areas and up to 40 or more in some places. Flooding was forecast to be widespread. Yet the meteorologists were taken by surprise because they had a hard time believing their models. Were the models wrong? That's a problem with unprecedented events, they defy belief.

The amount of actual rainfall around Houston was so extreme that official measurements were off the scale. The National Weather Service added a new color to its weather map, lavender. The color represents "unfathomable." 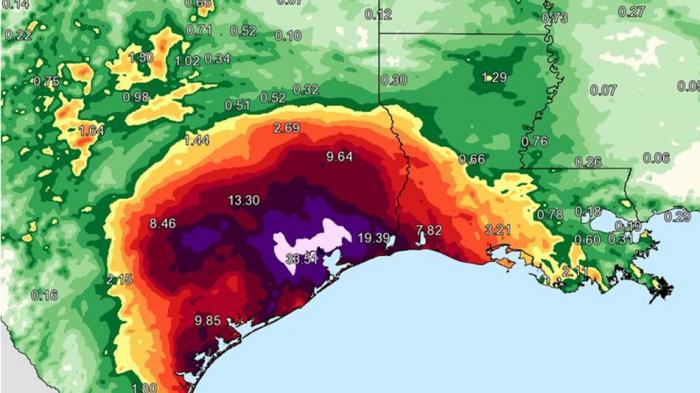 The NWS added lavender to its maps to show 'unfathomable' rainfall.

Why did this happen? Some experts have quickly blamed global warming, almost as a knee-jerk reaction. Scientists have long predicted a rise in extreme weather events as a hallmark of global warming.

The conclusion is a bit premature, and in fact, a storm like Harvey probably would have happened without global warming. The difference global warming makes is in the intensity of the storm.

The fact the planet is warming is confirmed by decades of temperature records gathered from around the world for over a century. There is debate over the quality and integrity of those records, and various schemes have been attempted to "adjust" the data to "correct" for variations. Such efforts often generate more controversy than they are worth. However, the data is clear on one point, the planet is warming. Even satellite data, which is calibrated and needs no adjustment reveals the planet is warming.

So far, Earth is thought to be about 1 degree Celsius warmer than it should be as a result of warming.

But why is the Earth warming, and what does this have to do with Hurricane Harvey?

The reason for the planet's warming is open to debate. Most experts claim it is the result of human activity. Human activity puts carbon dioxide (CO2) into the atmosphere and CO2 is a known greenhouse gas. There appears to be a correlation between CO2 and temperature increases. Human-produced CO2 also has a unique isotope, allowing scientists to affirm that it is human activity, not natural activity, responsible for the rising CO2 levels in the atmosphere. Not everyone agrees with these conclusions.

The warmer temperatures probably caused Harvey to stall over Texas.  Normally, as storms move north into the continental United States, they are torn apart by the jet stream and weather patterns flowing east. But to the north and west of Harvey was a high-pressure system situated firmly over the Great Basin. That system has resulted in record-breaking, unseasonably hot temperatures in the Southwest. This had the added effect of stalling the storm over Texas, making it worse. 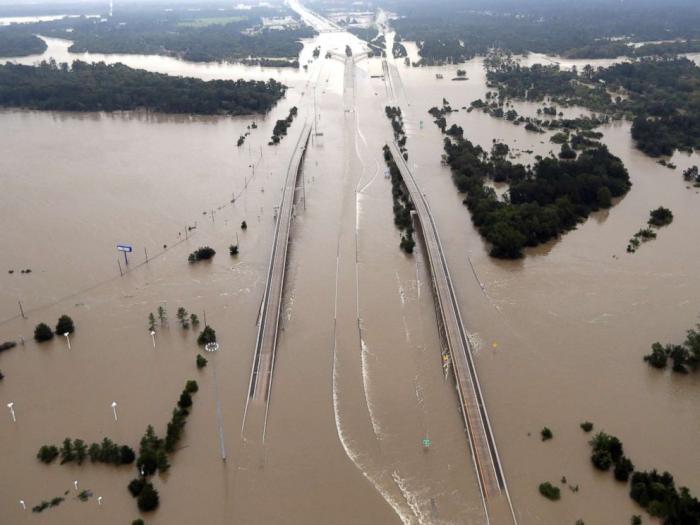 Harvey would have caused flooding no matter what, but the storm was likely exacerbated by global warming.

To blame the entire storm on global warming is a foolish conclusion. Run, don't walk away from any such notions. Yet, it is virtually certain that global warming made the situation worse.

So, what can we do about it? The ideas vary from mere adaptation to proactive reduction of carbon output. And there are many ways to reduce human carbon emissions. While we can take some common sense measures, such as using renewable energy and switching to hybrid or electric cars, adaptation seems to be the most feasible choice.

If you live in a region prone to flooding, buy flood insurance. Maintain your home. Have a disaster preparedness plan, and a kit with supplies laid in. Keep your car ready to go. Think carefully where you purchase property. And it doesn't hurt to recycle, conserve energy, plant trees, and so on.

None of these choices can stop a hurricane, but they could make the difference between losing a little and losing a lot, if you have the misfortune to be caught in the path of the next storm.