Free World Class Education
FREE Catholic Classes
There may be hundreds of volanoes in Antarctica.

Scientists have been baffled at the melting in Antarctica, observing that much of it is happening under the ice sheets. Global warming has been a primary suspect, but there may be a simpler explanation. Antarctica appears to be the largest, most volcanically active region on the planet. 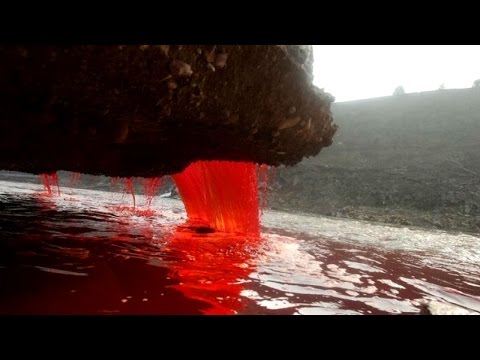 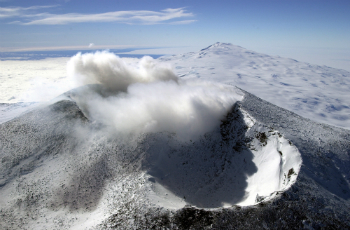 Volcanoes in Antarctica are not rare, but common, and could fuel global warming.

LOS ANGELES, CA (California Network) -- Scientists have discovered an additional 91 volcanoes hidden under the Antarctic ice. They already knew about 47, so the new total jumps to 138. The tallest volcano in the region towers almost 13,000 feet.

The discovery is important because it makes it more likely that volcanism is melting Antarctica from below, at least in a few places. This is causing ice to melt which can have a destabilizing impact on the ice at the surface.

Of course, volcanoes would not be a new variable for Antarctica. Such volcanism has always existed on the continent.  However, the rate of volcanism could have increased recently, as it does in all parts of the world with active volcanoes. Could this be accelerating the melting of Antarctic ice?

In addition to discovering 91 new volcanoes, it is likely there are many more, buried deep under the Antartic ice.

What scientists don't know is how active these volcanoes are. There are few records and little evidence of recent activity, but that doesn't mean they are dormant.

The new volcanoes were discovered by using ice-penetrating radar carried by planes and land vehicles. The surveys revealed the many new peaks hidden under the ice in the west Antarctic rift system. That complex of volcanoes runs from Antarctica's Ross ice shelf to the Antarctic peninsula.

There is one alarming hypothesis which worries scientists. If one volcano becomes active and melts the ice above it, the reduction of ice will mean less pressure on the volcano. That makes it more likely to erupt. An eruption will spew massive quantities of greenhouse gasses into the atmosphere, thus accelerating global warming. Scientists support this hypothesis on the basis of Greenland and Iceland. Both islands have lost ice mass which has decreased pressure on their underlying volcanoes and could cause more eruptions.