Did you know California is in danger from 20 volcanoes? Scientists are warning we need to monitor these locations...

Volcanologists are issuing a warning to Californians, that volcanoes pose a threat across the entire state. They are meeting today in Portland, Oregon to discuss the threat and how the public can be made aware of the danger. Awareness can lead to better decision-making and improved safety. 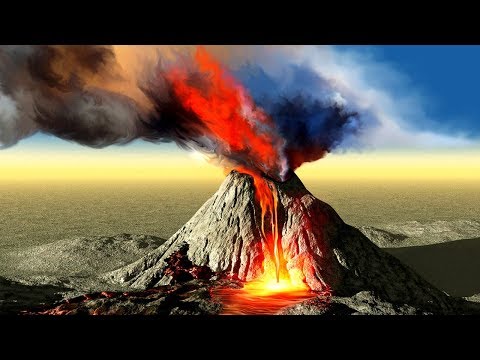 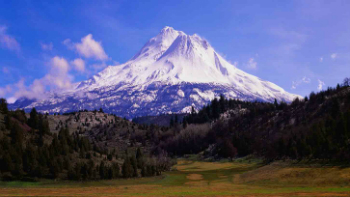 Mt, Shasta is one of California's most beautiful mountains, but except for the locals, many don't realize it is also an active volcano.

LOS ANGELES, CA (California Network) -- Californians are well acquainted with the state's natural disasters. Drought and earthquakes are common, so the state's residents know how to cope. But what about volcanoes?

Most Californians have no idea the state is dotted with active volcanoes. Everyone if familiar with the large, active volcanoes in Oregon, Washington, and Alaska. But few people realize that Mounts Shasta and Lassen are volcanoes. Locals are well aware, but most of the state's residents are ignorant of the fact.

Part of the reason is that those volcanoes haven't erupted in living memory. Mount Lassen erupted in a series of events between 1914 and 1917, but there are none alive who remember it firsthand.  Mount Shasta erupted last in 1786.

Prior to that, the many volcanoes of California have erupted in the centuries prior, many before European settlement and the keeping of local written records.

California sits on the edge of the Ring of Fire, a zone of tectonic activity that rings the Pacific Ocean, halfway around the world. The Ring of Fire is dotted with volcanoes, and regularly experiences earthquakes.

California is home to about 20 volcanoes in all and they span the state. Clear lake is just north of San Francisco, and is rated as a high threat. The rest are arrayed in a line, roughly following the Sierra Nevada mountains from Northern California to the Salton Sea in the south.

Vulcanologists have rated the volcanoes on a scale, using 25 criteria. Here is where they think the greatest danger lies:

High threats are in Clear Lake, Medicine Lake, and the Salton Buttes.

Moderate threats are in Ubehebe Crater and Coso Volcanic field. Any of these volcanoes could become active at any time. Most of them will at some point in the future. When they do, the disruption will be significant. The ash alone will restrict flights from Los Angeles to much of the world as many planes go north over the vast San Joaquin Valley on their great circle flightpaths to cities in Asia and Europe.

Volcanologists are not warning of any imminent danger, but they want to warn people that danger is possible, and it could threaten both life and property.  Unfortunately, many of these sites in California are poorly monitored. This needs to change. 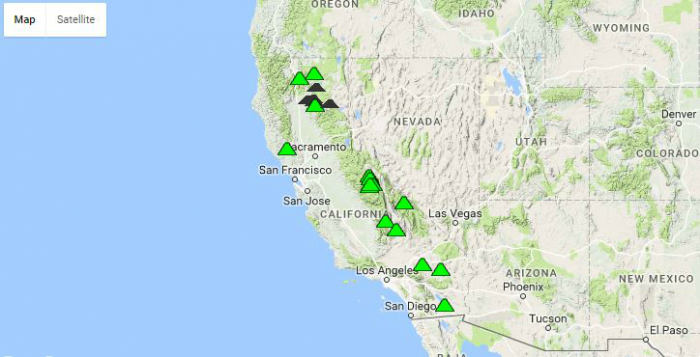 California is dotted with volcanoes, many of which are likely to erupt again at some time in the future.

Improved monitoring means more warning of an impending eruption. And with millions of residents in the state, the longer the warning time, the better.