Oh no! Is El Nino coming back to California? 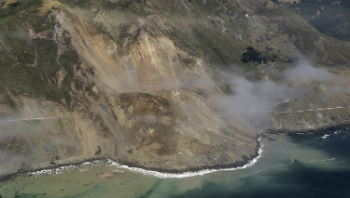 A massive landslide has closed Highway 1 for months.

LOS ANGELES, CA (California Network) -- Concerned officials in both the United States and Australia have been watching the hot Equatorial Pacific for signs of another El Nino. Earlier this year, it appeared that conditions favored a smaller, but significant El Nino.

As of now, officials in both the USA and Australia agree, it looks like the winter will be neutral, with neither El Nino or La Nina conditions developing in 2017-2018. However, the odds of a neutral year are only 55 percent, so an El Nino remains possible, although the likelihood diminishes each day.

El Nino is caused when the equatorial winds blow the opposite direction from normal. This causes warm water to well up to the surface. This warm water often translates into warmer air above it, and that eventually means more clouds and more rain. When these weather systems get caught up in larger weather patterns, they end up being pushed over land where they can dump large volumes of rain.

California was soaked by El Nino rains which washed out cliffs along the state's coastal route. Rain also threatened to destroy the Oroville Dam which briefly overflowed with water. And the el nino storms dumped record breaking quantities of snow in the Sierra Nevada, ending the state's five-year drought.

Most Californians welcomed the last El Nino, with its drought-ending rains. But the state is not well equipped to deal with so much water. Rivers and canals still run high and swift. Local rivers are killing swimmers at an alarming pace as people seek to beat the summertime heat. Perhaps the most dramatic damage remains along the scenic Highway 1, which runs between San Simeon, and Big Sur, California. Multiple landslides have covered the highway, cutting off thousands of people who are supplied via helicopter, or overland with great difficulty. 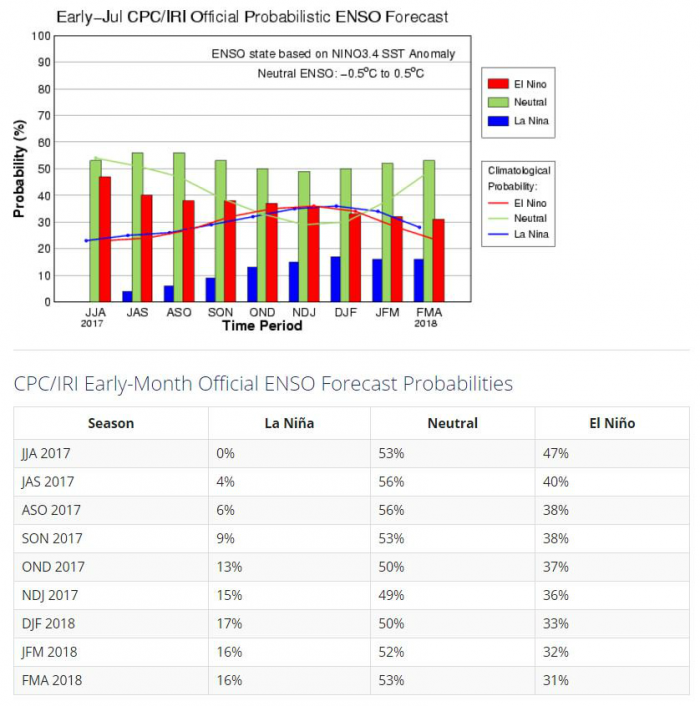 The odds of an El Nino event diminish as we move into fall and winter in the northern hemisphere.

The fact this year will be neutral is good news for state officials. While El Nino does not always mean more rain for California, it usually does. Another year of heavy rain would likely overwhelm flood control systems and lead to widespread damage.

The chances of El Nino though the end of this year are expected to drop to about 31 percent by February, but will increase again in spring of 2018.

Meanwhile, state officials are warning the public to conserve water, because drought may return.