What is a thylacine and why are researchers running to Australia to see if they really exist?

Free World Class Education
FREE Catholic Classes
'I really hope they're out there.'

Most people have no idea what a thylacine is. Even when referred to by its nickname, the Tasmanian tiger, many are unable to conjure an image. That's because the last known Tasmanian tiger died in captivity in 1936, never to be seen again - until now. 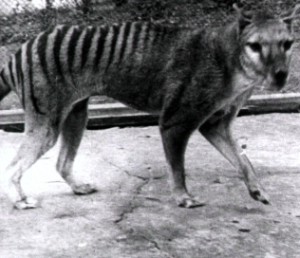 The last known Tasmanian tiger died in captivity in 1936 - but could they still be alive?

Researchers at Australia's James Cook University have placed several cameras in the area people have reported to have seen the Tasmanian tigers.

They plan on using the footage to see if the animal still exists as well as to collect more general information concerning Australia's declining populations of mammals.

There is always a chance the people who reported the sightings, which were all reported at night, could be mistaking other animals for Tasmanian tigers, but the animal's distinct appearance makes it difficult to confuse.

A thylacine has the head of a dog, the body of a cat, the tail and pouch of a kangaroo and is classified as a marsupial. 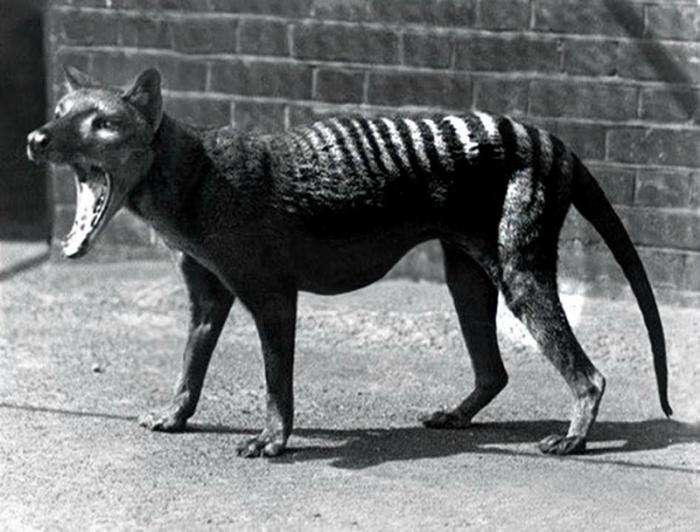 Bill Laurence, a professor in the College of Science and Engineering at JCU, released a statement concerning the sightings, that offered hope.

"We have cross-checked the descriptions we received of eye-shine color, body size and shape, animal behavior, and other attributes, and these are inconsistent with known attributes of other large-bodied species in North Queensland, such as dingoes, wild dogs or feral pigs."

There have been several sightings since the last thylacine died at the Hobart Zoo. In fact, there is a group called the Thylacine Awareness Group of Australia that routinely tracks reports of all sightings and insist the Tasmanian tiger still exists.

Sandra Abell, of James Cook University, is one of the leaders of the search, which will include 50 camera traps in April, once they acquire the necessary permits from private landowners.

Abell stated the thylacine "has a very dog-like face but it's back and the tail in particular looks a little bit kangaroo-like. It's hind quarters are very distinctive - so they have stripes on the back end and that large tail, very interesting looking.

"This isn't a mythical animal, this is something that is real. We have real fossils and we have images and video footage of this real animal. But the probability that it will be discovered is very low, so I'm not persuaded that they're out there. For me, I'll need some hard data to satisfy my curiosity."

She added, "I really hope they're out there. I think it would be an amazing thing to discover."

Laurence believes the footage can help more than just the thylacine, which may or may not be discovered, but could also help wildlife.

"Regardless of which species are detected, the survey will provide important data on the status of mammal species on Cape York, where wildlife populations have evidently been undergoing severe population declines in recent years."