For decades, scientists have debated what is more responsible for global warming, human activity or nature? The answer to this question is one of the most important pieces of information we can have to inform policy decisions. We may now have a better answer thanks to a new study. 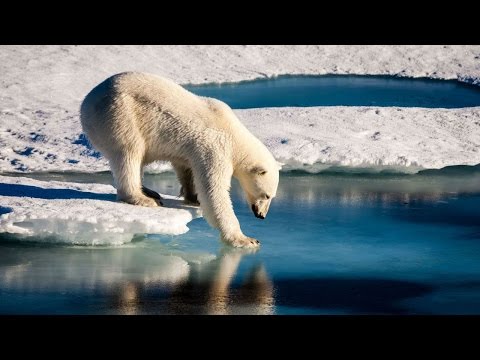 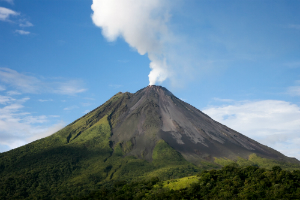 A new study suggests scientists are underestimating the contribution of nature to their climate change models.

LOS ANGELES, CA (California Network) -- Nature is responsible for about 40 percent of the current pattern of global warming, and humans are responsible for the rest. This is the conclusion of a new study which says that natural variations in climate have a significant impact on Arctic sea ice.

Until now, humans have been held responsible for the current warming trend, which scientists say would lead to catastrophe for the planet. The planet is warming and the average temperature has risen an average of about 1.5 degrees Fahrenheit since 1880.

That apparently small change may not seem like much but it is already responsible for the loss of Arctic sea ice, the defrosting of the tundra and many more but less tangible impacts around the globe such as extreme weather. Furthermore, the hottest sixteen years since 1880 have all come since 2000.

The trends are more alarming than anything because they suggest the worst is yet to come.

But there's a huge credibility problem with the widely-accepted science, the models never match what is actually observed. The present study is an attempt to improve the models.

The problem with understanding climate change is the sheer number of variables in the system. Trees, oceans, ice, solar output, algae, and more impact the planet's temperature. Scientists make guesses or broad estimates to make their models work. That's not very scientific.

The temperature record proves global warming is happening, but there is a fierce public debate over the cause of the problem. Inaccurate scientific models fuel opposition, which in turn delays policy changes.

Earth is a comfortable place for humans and the animals which have evolved to thrive on the planet that is an average 61 degrees in temperature. Earth is bathed in solar radiation, which is experienced as heat and light. Water vapor is chiefly responsible for the retention of the solar energy which warms the planet. Other gasses such as methane also contribute. But at the heart of the problem is the amount of carbon dioxide (CO2) in the atmosphere because CO2 levels are much more variable.

Carbon dioxide levels can spike due to volcanic eruptions, forest fires and other natural phenomena. However, nature has evolved to handle these emissions so that barring the eruption of a supervolcano, nature takes up all the CO2 it emits, striking a balance.

Enter humans. Humans cut down trees, which are the Earth's lungs used for converting CO2 to oxygen. This interferes with the natural balance, and results in the slow accumulation of CO2. About half of the planet's natural forests have been cut down.  That's the same as cutting out at least a quarter to half of our lung capacity.

The result is the accrual of CO2 in the atmosphere which traps heat though the greenhouse effect.

There are three basic approaches to this problem. Stop cutting down trees, plant new trees, and stop burning fossil fuels. However, these approaches have serious implications. How do you protect human rights, particularly their ability to harvest and develop resources and to improve their quality of life if people cannot remove trees or burn fossil fuels? What happens when governments decide there are too many people consuming resources? What happens when human rights conflict with global warming concerns?

This is the question we must collectively answer. Knowing how much global warming is caused by humans will help us calibrate our response. Hopefully the response is not one that places human rights subordinate to government policies.

The study, which was published in the journal Nature Climate Change, will need further peer review to affirm its conclusion.