Is the report of a new record high in Antarctica fake news? Here's how we know

In 2015, Antarctica hit a record 63.5 degrees Fahrenheit, the highest temperature ever recorded on the continent. Yesterday, the World Meteorological Association announced the temperature had been "verified," which set off a frenzy of reporting. 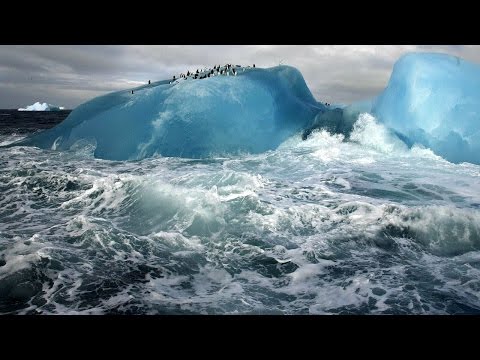 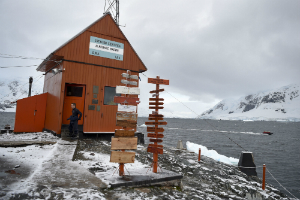 An Argentine research station in Antarctica has set a record, but for hype not temperature.

LOS ANGELES, CA (California Network) -- According to the Reuters and the World Meteorological Association, a spot in Antarctica reached 63.5 degrees Fahrenheit on March 24, 2015. The temperature was recorded at an Argentine research base near the northern tip of the Antarctica peninsula. This is also near the northernmost tip of the continent.

While the caveat that anthropogenic (man-made) global warming is very likely to be a real and significant problem, the story itself raises questions.

First, why did it take nearly two years to "verify" this record high temperature? A request for more information sent to the World Meteorological Association has so far yielded no reply, after 24 hours. What does it mean to verify a temperature, and how is this done? Wouldn't the most accurate reading be at the site itself? What was the previous record? Was it something like 32 degrees, or more likely 63.4 degrees? How frequently does the northernmost tip of the continent see temperatures in the 60s? How far back in time do the temperature records go?

Without answers to these questions, we are left with the troubling prospect that the report is more or less, fake news.

Certainly, the temperature record is authentic, and there has probably been some rather scientific verification involving extensive peer review of the data. But why is this such a headline story?

The Reuters coverage, which at present is the most highly cited, merely states the fact, then continues to present some interesting, but unrelated facts about Antarctica, like how the continent stores 90 percent of the world's fresh water as ice.

When reporters begin writing trivia, you know they're struggling to create a story.

Even the WMO admits in their own report, this is not as noteworthy as it sounds.

"It is possible, indeed likely, that greater extremes can and have occurred in the Antarctic Region. As with all WMO evaluations, the extremes are identified based on only those events with available high-quality ground-based data."

In plain English, the WMO seems to be admitting this is a non-story and that they only have a fraction of the complete picture.

Reports like this should be noted, but only as individual facts, and not as headline stories. The cause of combating global warming is undermined by hype, poor communication, snobbery and a general failure by the scientific community to make a persuasive case to the community. While science has the data and the facts, people are rarely persuaded by such information. It's an astounding truth to contemplate, but people are persuaded by emotion and personal interest, not statistical factoids, hence many of the world's problems persist. If you need more proof, just visit Las Vegas.

The bottom line is, if the scientific community wishes to persuade the world of the danger of global warming, then agencies like the WMO need to do a lot better in the PR department. They need to charmingly and persuasively present their case directly to the people, rather than relying on fake news and hyperbole to get attention.