California produces so much electricity, regulators are closing new power plants and running others far below capacity. At the same time, Californians are paying ever higher premiums for electricity, and face the highest bills in the nation. This bizarre problem has been forecast for a decade but state regulators have ignored the information. Now, consumers are paying billions to cover the cost of regulatory ineptitude. Where are the prison terms and class action suits? Nowhere. 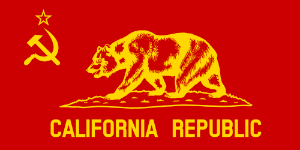 California wants to ensure power companies make profits on their investments. This is another form of welfare, but for the rich. Socialism works for everybody but the taxpayer.

Why are they going up when the market should be driving them down? One word: socialism. Or more specifically, socialism for the rich.

Energy providers have a sweetheart deal. The state guarantees their profits for each power plant they build. Even if the plant sells no electricity, profits are guaranteed. So far, Californians have overpaid by an estimated $6.8 billion.

The LA Times has also done an investigative report on this problem. View that here.

Meanwhile, an additional 10 more power plants are under construction, or are about to begin construction. And state planners aren't the least bit sorry about it. In fact, they're doubling down on the plan.

And none of these facts and figures accounts for the surge in solar electricity production thanks to the growing popularity of solar panels.

The problem dates back 2000-2001 when California suffered rolling blackouts due to electricity shortages. The shortages were caused by market deregulation which allowed private firms like Enron to manipulate prices. Public anger was so fierce, state planners scrambled to build new, state of the art power plants across the state. Construction surged, and the state quickly reached its goal, which was to have 15 percent spare electric capacity at all times.

But after they reached the goal, the building continued. Experts soon realized the state would have too much capacity and they warned regulators. But regulators did not listen.

Now, power plants are getting built and you're paying the bill even though nobody is using the power. We're closing some power plants while building brand new ones. It's a classic corruption scheme.

Nobody has sued to reign in this policy and our legislators have done nothing to fix the problem. Of course, we continue to reelect them, and we continue to pay our electric bills.

California residents should be enraged by this incredible scheme which parts consumers and businesses of their hard-earned money while enriching the builders of power plants.

Unless consumers sue and demand change, they will continue to be milked for their money by unscrupulous electric producers.

The world is ready for a revolution in power production. Electric power can now be reliably produced by renewable means, especially solar power. Batteries now exist to store that electricity for use in the home, although such technology has not been made available for the public. That is another case of manipulating the market to place profits over people.

Socialism for the power companies continues while consumers endure the high prices created by a manipulated market and a broken regulatory system.