Dr. Roy Spencer on Global Warming, 'No one knows'

Many of our readers have urged Catholic Online to interview Dr. Roy Spencer as a leading, qualified skeptic on the issue of anthropogenic global warming. On Monday, Marshall Connolly interviewed Dr. Spencer to hear his expert opinions on the issue. 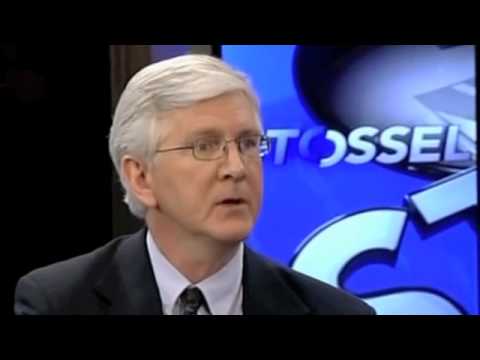 LOS ANGELES, CA (Catholic Online) - Dr. Spencer, thank you for taking the time to answer some of my questions. As our readers know, I generally accept that humans are contributing significantly to global climate change. In response, several readers have asked that I interview you for some additional insight into the subject.

COL: Could you please start by telling our readers who may be unfamiliar, who you are and a little about your background?

Spencer: I have a PhD in meteorology and have been doing climate research for over 20 years, mostly under contract to NASA, NOAA, and DOE. I have testified in congress several times on the general subject of climate change. I have published two popular books on the global warming issue; I also have an amateur interest in basic economics, having self-published a small book which is now used in a college economics course.  My research has always been supported 100% by the U.S. Government.

COL: Well, let's cut to the chase. Is the planet warming?

SPENCER: No one knows whether it is currently warming, because we only see warming "in the rearview mirror"...after it has occurred.  Warming of the global average surface temperature seems to have stopped about 15 years ago, although there is some evidence that the deep ocean has continued to warm by hundredths of a degree.  Global average surface temperatures have definitely warmed in the last 50 to 100 years, by an amount which increases northward.

COL: When we look at the ice caps, particularly the Arctic, they show dramatic loss of sea ice. The images are very clear and the overall loss during the summer is about 40 percent, using the most recent data from the Cryosphere pages. (I think about 7 percent in the winter?) Regardless of the percentages, it's visibly significant. What's happening?

SPENCER: We started satellite monitoring of sea ice in 1979, after an extended cold period in the Arctic.  It is entirely possible that summer sea ice meltback now is no worse than it was back in the 1920's and 1930's, when ship explorers reported unprecedented warming and sea ice and glacier changes in the Arctic.  Humans could not have been responsible for that event, so how can we know the extent to which we are responsible for the current melting event in the Arctic?  Also, since 1979, sea ice around Antarctica has gradually increased, not decreased, which climate models have not been able to explain.

COL: We are experiencing a variety of other seemingly unique weather phenomenons such as superstorms, tornado outbreaks, rising sea levels, and the increasingly frequent closing of locks on the North Sea (Netherlands and UK, River Thames). Isn't this evidence of warming?

SPENCER: There has been no increase in "superstorms" or tornadoes, by any objective long-term measure. It is an urban myth. Sandy-class storms occur every year...they just don't happen to hit high population density areas. But sea levels have indeed increased, which probably is a sign of warming. But sea levels were rising long before we could have been to blame, since well before 1900. So, once again, it is difficult to attribute the current rate of rise, which is very slow, to humans when we don't know how much of the rise is natural.

COL: Recent reports suggest that the oceans are absorbing most of the heat, keeping surface temperatures moderated. What's your take on these conclusions?

SPENCER: Yes, it is possible that the deep ocean is absorbing more of the extra heat than was expected. Because the oceans are so deep and so cold (most of the global ocean mass is around 40 deg F), they could theoretically absorb all of the extra heating caused by increasing CO2, with a further ocean temperature rise of maybe a tenth of a degree. But we have no way of knowing yet whether this is indeed what is happening, and if it is, whether it would continue to happen. We must remember that the CO2-induced change in the Earth's ability to cool to outer space, which can only be calculated based upon theory,  has only been reduced by 1%.  That's a very weak forcing of the climate system. The warming of the deep ocean since the 1950's to present only amounts to a 0.2% change, exceedingly small.

COL: Let's say tomorrow, evidence is found that proves to everyone that global warming as a result of human released emissions of CO2 and methane, is real. What would you suggest we do?

COL: Why is there such a dramatic consensus in the scientific community that AGW is real? Is this "consensus" a myth?

SPENCER: The consensus is only that humans are contributing to warming...even I would probably agree with such an innocuous statement.  But even if a majority of scientists think manmade global warming is a serious problem, only a very small number of those scientists know enough about such a detailed subject to have an informed opinion on the subject.  Only a few of us actively working on questions "how sensitive is the climate system?" know the dirty details of this business and how much uncertainty there is. Most climate researchers simply assume recent warming is manmade, but human causation is only one possible explanation out of several.

COL:  What should we do given the current state of affairs? Should we continue to study this issue or are we wasting resources?

SPENCER: I tell people that it is theoretically possible that Al Gore is correct. Unfortunately, the subject has become so politicized -- specifically, driven by desired policy outcomes that have huge financial winners and losers -- that the science has been almost hopelessly corrupted. I and a few others have told congress we need a "red team" approach, where some small fraction of government funding of climate research be put into natural causes of climate change.  Believe it or not, there is very little research into that subject.

COL: Dr. Spencer, simply as a human interest question, tell me about a time that you were wrong.

SPENCER: Oh, I have been wrong many times.  In research, we usually are wrong with our initial opinions of causation in nature. I tell people, it's much easier to be wrong than right, because there are so many potential explanations for what we see in nature. But I usually determine in a matter of days, weeks, or months that I was wrong. I have seen nothing yet to change my view built up over years of research which tells me that we really have no way of knowing how much of our current warmth is human-caused versus natural. And even if it is 100% human caused, the warming has been only 50% of what the consensus of climate models say it should be, and if the scientific consensus ever changes to reflect that, we will have then bought ourselves twice as much time to solve the problem.

Dr. Spencer, thank you for your time.