Free World Class Education
FREE Catholic Classes
Many are criticizing the Church's receipt of more than one billion dollars of financial aid from the US government.

There's a new controversy in the Catholic Church over the Paycheck Protection Program. Under the law, the Church received at least $1.4 billion in aid, much of it granted thanks to an exemption from the Trump administration. Some people are upset because a portion of the funds went to Diocese that recently paid out abuse settlements. Should the Church have received the money? 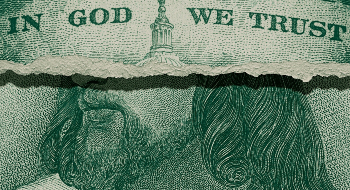 Should the Church get PPP funds?

LOS ANGELES, CA (California Network) - The SARS-CoV-2 pandemic continues to wreak financial havoc on the world. In the United States, a recession is taking place which threatens to last for an extended period, becoming what is known as a depression. If this comes to pass, millions of Americans will be permanently unemployed, homeless, and have little to eat. They will rely on the generosity of the federal government, the Church, and their neighbors to survive.

It is for this practical reason, if no other, the Church must be sustained. The Church will provide a lifeline for millions of people who would otherwise face extreme hardship during the economic times to come.

But why the fuss?

The Paycheck Protection Program is intended to keep small businesses afloat. Under the $659 billion fund, firms with less than 500 employees could apply for forgivable loans if the money is used for payroll and rent. The idea is if Americans continue to draw checks and their businesses can pay their rent, the economy will return to normal quickly once COVID-19 is under control.

The problem for the Catholic Church is, many dioceses employ more than 500 people. So, how did these dioceses get their money? They lobbied the Trump administration for an exemption and it was granted.

Beneficiaries included the Archdiocese of New York, which received $28 million in loans. St. Patrick's Cathedral in New York was approved for a $1 million loan. Catholic Charities received more than $90 million. Many smaller Catholic entities, received lesser amounts in the thousands of dollars, each under $150,000.

Critics point out the PPP was intended for small businesses, not the Catholic Church, with tens of millions of members in the United States. They also add the Church is paying out record settlements to victims of abuse. But these objections, especially the latter, reveal a bias that ought to have no bearing on the decision. Pointing out settlement payments as a reason to deny the Church aid is simply an effort to punish the Church further.

There are some important facts to consider when judging this situation for oneself. First, PPP funds can be repaid. The funds were awarded as loans, not gifts. And while these loans are refundable if the money is used for specified purposes, money if fungible and the government could make a case that the Church should repay the funds. It would be a cruel decision, and one that would likely be litigated, but it is theoretically possible. It's unlikely. A more likely scenario is the government simply asks the Church to give back some or all of the money, which could happen, but is also unlikely.

The fact is, the Church helps millions of people each year, and in a time of economic hardship those numbers rise. The Church acts as a welfare organization for all, not just Catholics. And keeping the Church open and in business means more people will be helped by more hands. Leaving the Church to make cuts to the services it provides would only guarantee more desperate people turn to the government for aid. In the end, the government has to pay anyway, so why not share the work with the Church?

In other words, the Church is helping meet the basic needs of millions of people and will continue to do so as more people need help. Given this, it makes sense to grant the Church an exception and pay reasonable sums to keep their offices and parishes open and operating.