On the feast of St. Joseph the Worker, it's time to recognize work as a duty and a right

May 1st is the feast of Saint Joseph the Worker. Pope Francis prayed for workers at the start of Mass today, calling for all people to have work and just wages. 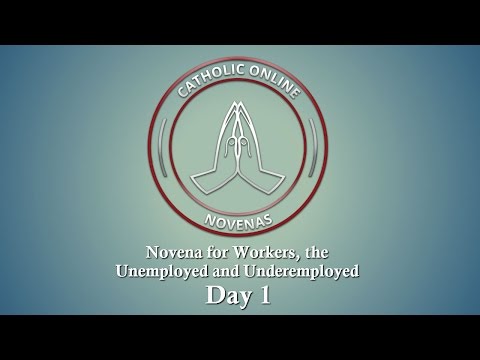 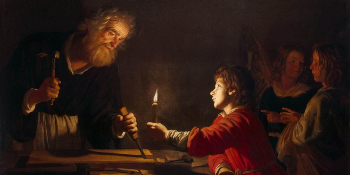 May 1 is the feast of Saint Joseph the Worker.

LOS ANGELES, CA (California Network) - Today is the feast of Saint Joseph the Workers. Pope Francis opened Mass in the Casa Santa Marta with a prayer for workers.

"Today, on the feast of St. Joseph the Worker and the day dedicated to workers, let us pray for all workers, so that no one might be without work and all might be paid a just wage. May they benefit from the dignity of work and the beauty of rest."

In his homily, Pope Francis continued: "Work is exactly the continuation of the work of God. Human labor is the vocation that mankind received from God ever since the creation of the universe. It is work that makes us similar to God, because through work men and women act as creators, and are capable of creating many things, even of creating a family."

Speaking against exploitation, he added: "Every injustice inflicted upon a person who works means trampling upon human dignity, even the dignity of the person who carries out the injustice... On the other hand, the vocation God gives us is much higher: to create, re-create, work. But this can be done only when the conditions are just and human dignity is respected."

He concluded his homily, referring to a statue of St. Joseph the Worker, saying: "We ask St. Joseph â€" with this beautiful image with the tools of work in hand â€" to help us fight for the dignity of work, so that there might be work for all and that it might be dignified work, not the work of a slave."

At this time, as the world faces economic turmoil due to the coronavirus pandemic, tens of millions of people find themselves out of work. That number is expected to increase. Let us pray that nations and their leaders will look after their unemployed, developing the programs to return people to dignified work with just wages.