Forget coronavirus, what about the economy?

Most Americans are not that worried about cornavirus. They are worried about how they will pay their bills during a layoff, or once unemployed. The response from the government will make all the difference. 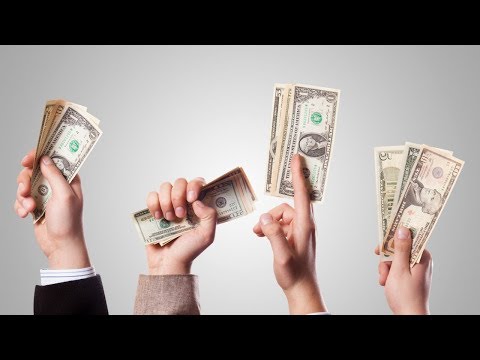 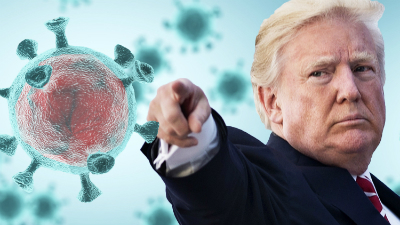 Despite a slow and difficult start, President Trump is facing the coronavirus head-on. The President has proposed sending Americans checks to provide economic relief.

LOS ANGELES, CA (California Network) - The coronavirus has the potential to kill millions of Americans. Fortunately, great measures such as school closures, the banning of public gatherings, and asking people to shelter-in-place, will cut those numbers down substantially. If Americans continue taking such measures, the death toll will be measured only in the thousands and not in the millions. It would represent a major triumph against an invisible, yet very real enemy.

However, the cost of this war; a war fought not just in our borders, but within our bodies, is tremendous. Simply by shuttering workplaces, tens of millions of Americans are suddenly out of work. With schools closed, millions more are forced to stay home to provide childcare.

Meanwhile, the impact to business, especially small establishments is potentially fatal. While rents and mortgages continue to come due, income has collapsed down to zero in some cases. The resulting unemployment and lack of production not only ensures a recession, but makes an economic depression a possibility. A depression is a prolonged recession with high unemployment.

The difference will be made in Washington D.C. as politicians work out how to respond. Already, large firms have lined up with their hands out for multi-billion dollar bailouts. The airlines are a prime example. At the same time, the airlines are not permitting cancellation and full refunds for flights unless they themselves cancel the flight. Millions of Americans who had travel plans but with non-refundable tickets, are in the unenviable position of losing their money and their trip in exchange for a voucher that expires in months. And they will have to compete with millions of others trying to cash in their vouchers at the same time. It's technically legal, but unjust. What makes the scenario rich is their demand for a bailout from taxpayers while keeping their money from reservations made before the crisis.

At the other end of the economic spectrum, landlords are still asking for rent, mortgage and car payments are still due. Some banks have offered to delay debt payments for those affected, but a delay isn't a break --the funds have to be paid later. At least one viral post from a property management firm warned tenants of evictions if they did not pay their rent, admonishing them to pay next month's rent now as their top priority. At a time of national emergency and extreme hardship, such behavior is disgusting.

Some localities have imposed moratoriums on evictions and other collection activities. The problem is, if people are evicted and work remains scarce, homelessness will skyrocket and the cost to society will become extreme. Social instability could result. Landlords should recognize the threat and extend relief, but who believes such a thing could happen in America?

The government is now in a position to do something. In fact, this is what governments are for, because the private sector cannot handle such matters on its own without leaving millions in deep poverty for a long time. A national response is required that cuts across boundaries and every sector of the economy. A wartime-level response is needed, but instead of pouring money into tanks and airplanes, the money must be paid to displaced workers and collapsing businesses, especially the small ones. A tax holiday and jubilee for some debts is in order.

President Trump has already suggested a suspension of the payroll tax and sending checks to every American, although the size of the checks is a sticking point that remains to be solved. Senator Mitt Romney (R) of Utah suggested sending each person a check for $1,000. That would help many families pay rent and mortgages. A lower amount would serve people much less, but would still be helpful. While some are focused on the cost, what is withheld now could prove more costly in the long term as economic damage accrues. It may be better to pay a large sum now than pay more later when the economy is incapable of producing adequate surplus.

Part of the problem is nobody knows how long the crisis will last. Estimates range from a low of two weeks, which seems almost trivial, to two months or more. In reality, at least one month or two seems realistic.

During times of deep recession, or depression, the government is the only entity with the power to put people back to work en masse. During the Great Depression, millions of chronically unemployed were put to work on public projects which gave us infrastructure that lasts to this day. Given our current infrastructure needs and President Trump's experience as a builder, perhaps this is the most likely route back to recovery.

Whatever happens, it is time for government to respond. If we fail to respond with a wartime-level effort, then the economic fallout will make coronavirus look like a pinprick. There will be no telling what happens to millions of American families, or our republic.