Trading in U.S. markets was halted for fifteen minutes this morning as the S&P 500 fell 7 percent, triggering a safety measure known as a "circuit breaker." The measure halts trading for 15 minutes to suppress panic. There are three such triggers in the S&P 500 at 7, 13 and 20 percent. The market drop is attributed to cornavirus fears. 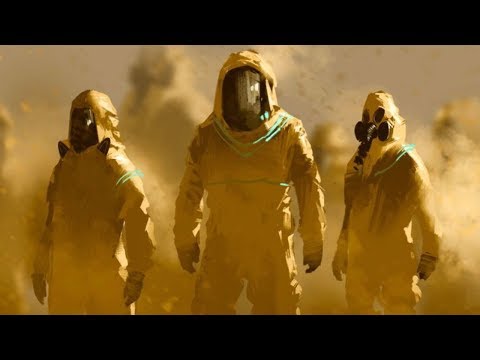 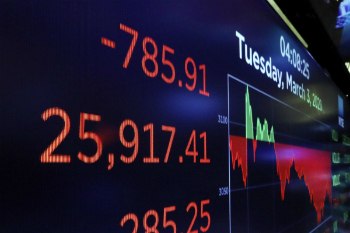 LOS ANGELES, CA (California Network) - The global spread of coronavirus is causing markets to drop around the globe. As it becomes apparent the disease cannot be halted, and that governments will shutter schools, workplaces and other public venues, markets are reacting in anticipation of revenue loss.

Closed factories do not produce goods, which leads to supply chain disruptions. As public spaces close, people buy and hoard essentials and stop discretionary spending. This impacts most businesses. Recognizing the public fight against coronavirus will be long and difficult, the markets are anticipating losses over the next year. As a result, businesses will soon announce plans to slash production and lay off workers, causing the economy to enter a period of contraction.

In response, the Federal Reserve in the USA, as well as other financial institutions around the globe, are pumping money into markets, lowering interest rates in an effort to keep businesses spending money on their workforces and expansion projects. However, such measures are unsustainable. Businesses will offload workers and losses onto the public dole where governments (read: taxpayers) will pick up the tab.

What is unclear is why markets are reacting so sharply to coronavirus. Most official statements suggest cornonavirus is no worse than the flu. While the official global death rate is above 3 percent, in places like the United States, the rates are lower, around .05 percent. Children are largely unaffected. But older adults can have a fatality rate around 15 percent, which is much worse than the flu. So, the official stats which combine all age groups into one are misleading.

In other words, cornavirus is serious, but for older people. While most of the working-age population and children will be unaffected, the elderly will be savaged by the disease. Even if the odds of survival are good, the rates of hospitalization are still high. This is expensive and has a major impact on healthcare systems.

The bottom line is, the measures underway such as quarantines, are time-buying measures. The hope is to slow the spread of the disease to minimize its impact, particularly on the elderly. The aim is to develop and deploy an effective vaccine within the next year or so. The elderly will be vaccinated first and once populations are vaccinated, quarantines will become unnecessary.

But the time between now and then will prove costly to businesses which must shelter against revenue loss. Since most anticipate losses, the value of their shares are plummeting.

There is also the problem of a broader collapse. For example, a recession which sees widespread layoffs can impact sectors of the economy which are tied to debt. As workers and businesses default on debts, the impact to financial institutions can create more problems. This is why the markets employ "circuit breakers." As traders become panicked, they tend to stampede, with many selling at once to prevent further losses. But if such behavior can be checked, cooler heads may prevail and the panicked behavior may stop, giving time for businesses, central banks, and politicians to take other measures.

What's apparent, is the world will be living with disruptions caused by coronavirus for many months to come, and at least a mild recession is likely. Again, individuals should prepare for closures of schools, workplaces, public spaces, and the possibility of disruption to the household budget.