The number of places where a worker can earn a $15/hour minimum wage is set to double with the New Year. But what impact will this have on business? Better yet, is that the right question to ask? 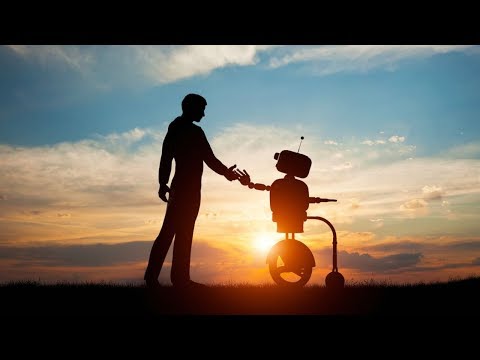 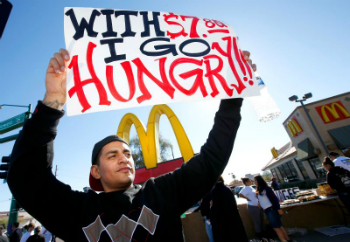 All human life has inherent value. Workers should be paid enough to survive and even to thrive to a degree. Beyond that, it is incumbent upon the individual to increase their value in the market.

LOS ANGELES, CA (California Network) - Workers in many places are about to get paid more under new minimum wage laws taking effect on January 1. California is leading the way with several cities implementing a $15/hour minimum wage. The number of cities where workers are guaranteed this minimum will double with the New Year to 32.

The legendary (or infamous, depending on your perspective) $15/hour demand is several years old. As inflation gnaws away at purchasing power, more and more cities see no other option than to mandate workers receive raises. Without mandated increases, conditions for workers will continue to deteriorate contributing to homelessness and dependency on public programs. It's a break for taxpayers who must pay for those programs, and an added cost for employers who profit from the publicly subsidized labor.

About 24 states are raising their minimum wages to some degree and 48 cities will raise wages, although not all of them to $15.

While minimum wage increases are hard on business, especially small businesses, they tend to have positive economic impacts in the months following implementation. Critics argue that minimum wage increases drive inflation, however, the correlation isn't present in the data. In other words, it's just a popular myth, but not reality. Instead, the opposite is more true. Inflation goes up anyway, thus making wage increases necessary. Consider how many times businesses raise prices without raising wages; it's a more frequent occurrence. In fact, the greatest killer of small businesses is the condition when they hold wages down over time despite raising prices. Eventually, mandated wage increases catch up to the owners forcing their bottom line to balloon overnight. This can drive small employers out of business, but it's the product of inflation over time and can be avoided by pegging wages to inflation.

Many western democracies have higher minimum wages as well as higher taxes, and business still thrives. It's a matter of acclimation.

Nonetheless, all this analysis is based in the wrong question. Instead, the decision to raise wages should not be based on the impact to business (ceteris paribus). The question should be one of economic justice. No business has the moral right to continue if it is predicated upon the destitution of its own workers.

Under capitalism, the worker rents his life to the owner in hour-long increments. The owner provides the space, the tools, and the resources for the worker to transform into value. For this convenience, the owner is entitled to the majority of value produced by the worker. However, a share of value is retained by the worker as wages. The size of this share is established by market forces.

Unfortunately, the Iron Law of Wages describes how wages tend to fall over time due to excessive competition for jobs. Workers overcome this challenge by increasing their value. However, income inequality, which continues to rise dramatically,  makes it more difficult for workers to increase their value. It also makes it harder for those who succeed to achieve economic security because prices increase as fast or faster than their wages do. The result is market failures become more likely. In fact, markets fail regularly entering recessions every decade or so as a result of this dynamic because workers cannot afford to buy what they produce. Since capitalism is based on consumption, the threat of decreased consumption leads to downsizing and contraction of economic activity.

The solution is to recognize that the laborer deserves a just wage for his work. That wage should first be based on the time rented to the owner. This is a pro-life position, for if we believe that life has inherent value, then we should be willing to pay what it costs to sustain that life. Above that minimum, pay should be in accord with the value the worker produces. As Henry Ford realized, workers need to make enough to consume what they produce. Wage increases might be bitter, but the alternative is a lack of sales.

What exactly makes a wage just remains open to debate, but it is certain to at least be what a worker needs to survive and even thrive to some degree. It should never be pegged to a number, like $15, but rather it should be pegged to purchasing power and the life we expect workers deserve in exchange for a full week of labor.

But it is hypocrisy to claim to be pro-life and to be opposed to paying wages to support that life. Especially when that person is already working. For those who complain the work is unprofitable, then the responsibility for that falls to the person managing the workplace.

Justice should not be predicated upon the age, sex, or some other hastily generalized expectation of a worker either. An hour worked should result in an hour of just wages, regardless of age, profit,  or any other consideration. The value of human life is not grounded in productivity. To argue such is tantamount to arguing that abortion should be legal because the child in the mother;s womb does not work; it is an absurd argument.

Economic justice is a Catholic issue. It is a pro-life issue and it is a matter of dignity. As Catholics, we must all be advocates for justice, especially in a world where markets perpetuate injustice.