As Wall Street falters, what about Main Street?

Free World Class Education
FREE Catholic Classes
As Catholics, we must recognize the role markets are to serve.

As the stock market shows signs of weakening, Catholics should be reminded of the values which shape our participation in the market. 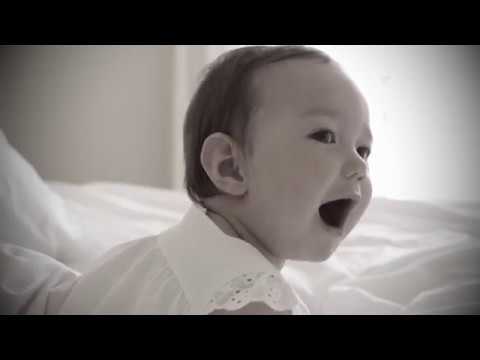 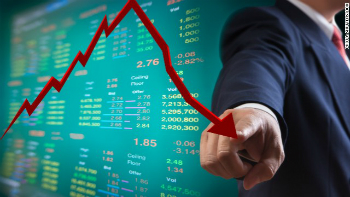 As markets drop, we are reminded that Wall Street is not the economy, and we must keep a Catholic perspective on economic life.

LOS ANGELES, CA (California Network) - Is the Trump economy over? Markets in the United States are weakening amid an escalating trade war with China. Fear and uncertainty are causing investors to sell stocks and move their money to less risky investments. And the President has called upon the Federal Reserve to be more aggressive in reducing interest rates to prevent a recession.

While these events are headline news in the media, they have little to do with everyday Catholics; Wall Street and Main Street are different places.

It has been said that Wall Street is not the economy, and while that isn't entirely factual, it illustrates an important point. Relatively few benefit from the gains on Wall Street, while many suffer from its losses. If the market goes up, most of the gains go to people who are already wealthy. Smaller investors and those whose savings are tied to the markets will realize some gains. But those gains are meaningless unless they are withdrawn to savings.

Conversely, when the market falls, businesses cut jobs and production, and millions of people could become unemployed. So a drop in the market impacts Main Street sharply, while gains in the market have a slower impact, as was illustrated in the recovery from the 2008 recession.

As another recession looms, we ought to remember what the Church says about economics. The following is taken from "A Catholic Framework for Economic Life," as shared by the U.S. Conference of Catholic Bishops:

As followers of Jesus Christ and participants in a powerful economy, Catholics in the United States are called to work for greater economic justice in the face of persistent poverty, growing income-gaps, and increasing discussion of economic issues in the United States and around the world.  We urge Catholics to use the following ethical framework for economic life as principles for reflection, criteria for judgment and directions for action.  These principles are drawn directly from Catholic teaching on economic life.

1. The economy exists for the person, not the person for the economy.

2. All economic life should be shaped by moral principles. Economic choices and institutions must be judged by how they protect or undermine the life and dignity of the human person, support the family and serve the common good.

3. A fundamental moral measure of any economy is how the poor and vulnerable are faring.

Who are the poor and vulnerable in our midst? Which of God's children are hardest hit when economic times are rough? Where do these people exist in your community?

4. All people have a right to life and to secure the basic necessities of life, such as food, clothing, shelter, education, health care, safe environment, and economic security.

As a result of the economic crisis many people are being forced to choose between basic necessities like food, shelter, and health care. How can you--and how can our society as a whole--help to provide for the needs of those whose basic rights are being compromised?

5. All people have the right to economic initiative, to productive work, to just wages and benefits, to decent working conditions as well as to organize and join unions or other associations.

Why is work a human right? Call to mind the faces of persons who have lost their jobs during this recession. What can be done to re-affirm the dignity of unemployed persons?

6. All people, to the extent they are able, have a corresponding duty to work, a responsibility to provide for the needs of their families and an obligation to contribute to the broader society.
How do economic pressures undermine families? How can we support families during this economic crisis?

7. In economic life, free markets have both clear advantages and limits; government has essential responsibilities and limitations; voluntary groups have irreplaceable roles, but cannot substitute for the proper working of the market and the just policies of the state.

In A Place at the Table the U.S. bishops wrote that Individuals, Community and Faith-based Organizations, the Marketplace, and the Government all have a role to play in ensuring that all have access to what they need. Is each of these adequately living up to its responsibility?

8. Society has a moral obligation, including governmental action where necessary, to assure opportunity, meet basic human needs, and pursue justice in economic life.

As our nation faces the current economic crisis, how can we make sure that our leaders' responses benefit everyone, including families, workers, and the most vulnerable among us?

9. Workers, owners, managers, stockholders and consumers are moral agents in economic life.  By our choices, initiative, creativity and investment, we enhance or diminish economic opportunity, community life and social justice.

10. The global economy has moral dimensions and human consequences. Decisions on investment, trade, aid and development should protect human life and promote human rights, especially for those most in need wherever they might live on this globe.

How does what happens in the U.S. affect others around the world? How can we make sure that our country's response to the economic crisis benefits those most in need both in the U.S. and abroad?

According to Pope John Paul II in Centesimus Annus, the Catholic tradition calls for a "society of work, enterprise and participation" which "is not directed against the market, but demands that the market be appropriately controlled by the forces of society and by the state to assure that the basic needs of the whole society are satisfied."  All of economic life should recognize the fact that we all are God's children and members of one human family, called to exercise a clear priority for "the least among us."