Stock market tumbles, is a recession on the way?

Global markets have dropped for the past few days, and just this morning have rebounded. It remains to be seen if the recovery is short-lived or if growth will continue. Experts say the market is over-valued and a recession is near. Why is this happening and what happens next? 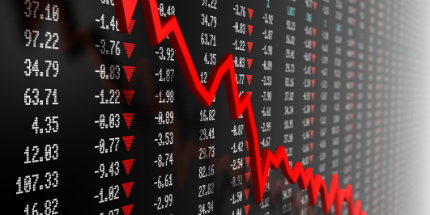 The stock market took a tumble yesterday but may recover today. Nobody is certain of what's next.

LOS ANGELES, CA (California Network) - Yesterday, the Dow Jones Industrial Average dropped by more than 1,000 points, the largest single-day loss in its history. The loss was finally tallied at 1,203.75 points. Despite the loss, yesterday wasn't the biggest loss in history, percentage-wise. The market still remains higher than it was even in November of 2017.

Experts think this is merely a correction, an adjustment in prices which were driven too high. But there are also claims that the drop is related to wage increases and crashes in the cryptocurrency market, as well as inflation concerns and high oil prices. All these factors probably contributed to the decline.

High wages worry investors because higher worker pay means less money for investors in the short term. If that sounds greedy, it's because it is. Workers have not seen significant pay increases for over a decade, while Wall Street's share has risen sharply. Still, investors are hungry for ever greater returns, so the tradeoff between profits and wages impacts the market. Higher wages should also help the futures markets, but with no end in sight for the rise in wages, the futures markets are also falling.

Yet, the end is likely near.

Experts have warned the stock market is already on a bubble, with prices much too overvalued. It is only a matter of time before prices drop and the market contracts, leading to a recession. A recession is two consecutive quarters of diminishing GDP.

The spiral of recession is only reversed by putting money into the hands of people and getting them spending again. This is why the Federal Reserve exists, and why it will cut interest rates and increase the money supply during a recession. More spending means more jobs, which means more pay and therefore, more spending. If spending goes up too much, inflation results, prompting the Federal Reserve to contract the money supply by raising interest rates.

So far, the economy has done well, with Wall Street enjoying the greatest gains in history. Main Street has lagged far behind, with corporate America refusing to raise wages and taking advantage of worker fear to leave wages low. However, as the supply of workers is consumed by growth, companies are being forced to raise wages to keep their best workers and to attract new ones.

Yet, this windfall could be short-lived, especially if a recession occurs.

Most economic phenomena are okay as long as they happen in moderation. For example, a moderate rate of inflation is okay, it is a sign of a healthy economy. It's no problem if your Big Mac costs a nickel more than last year. And it's no big deal if Susan's wages go up by fifty cents per hour. These are normal indicators of a healthy economy.

Problems arise when wages, prices, or other costs rise or fall too quickly. For example, if rents all increase faster than wages rise, then a crisis can develop. Or, if wages go up faster than profits, for example, a $2.00 an hour increase in minimum wage, markets can drop. This is what we may be seeing at present.

Markets are complex and fickle, and they are difficult to predict or understand. Most stock market analysis is nothing more than pseudoscience and has little more value than a horoscope. Still, what happens on Wall Street impacts Main Street, especially when there are losses, causing concern for millions of Americans.