Free World Class Education
FREE Catholic Classes
A private corporation can trample your rights as quickly as a central government.

Is to time to break up the monopolies? As Google, Facebook and others grow larger, calls for their breakup are emerging. There is an urgent need to do so. 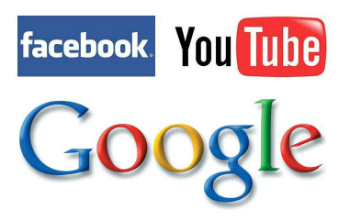 Monopolies are back, and they're taking over everything.

LOS ANGELES, CA (California Network) -- A monopoly is when a single person or corporation owns the vast majority of market share. The problem with a monopoly is that prices can rise while the quality of service diminishes. It becomes impossible for competitors to enter the market.

Monopolies can also direct their resources towards political ends, further increasing their wealth and power.

Private corporations can trample your rights as quickly as a central government can.

For most people, thoughts about monopolies conjure up images of the Gilded Age with workers who lived as virtual slaves in company-owned tenements. Moguls bought politicians the same way they bought smaller companies. Consumers paid whatever prices they asked because there were no alternatives.

This world has returned but without the wage slaves. However, Google hoovers data and ad revenue. It's becoming increasingly impossible for content producers to make money because sites like YouTube keep the lion's share of the ad revenue. At the same time, ad prices are growing, returns for advertisers are slipping.

But advertisers have no choice but to pay higher prices for advertising and to get less to show for it. Where do they go if not online? Google has the data, YouTube has the viewers, and Facebook is the only real social network.

Whenever a competitor arises, the acquisition is swift. Someone gets a billion-dollar payday, and just like that, you're in the Google or Facebook network without ever asking.

There are several problems with modern monopolies. First of all, what if Google or Facebook fails? It seems incomprehensible, but it could happen. Changes in the law, changes in economic circumstances, the emergence of new technology or ways of thinking could upset the market. What happens if Google suddenly vanished?

The other problem is that these monopolies can pour tremendous resources into buying politicians and writing their laws. The Bill of Rights tells the government what it cannot do to you, but there are free such restrictions on private businesses.

Oligarchy isn't the only concern. Inequality is also a problem. People of today enjoy even less economic mobility than they did a few decades ago. Social inertia is growing with more people trapped in their social class, no matter how hard they try.

Still, some industries cannot help but be monopolies. In such a case, the regulation provides the only answer. Legal monopolies should not be allowed to enjoy outsized influence over the government that regulates them.

If we do not do something about these monopolies, we risk a future where they hoover up more and more goods and services, taking over an ever-increasing share of the global marketplace. What happens when the world is finally united under a single or a few megacorporations?

It's impossible to say, but there's plenty of dystopian science fiction available to watch on YouTube. 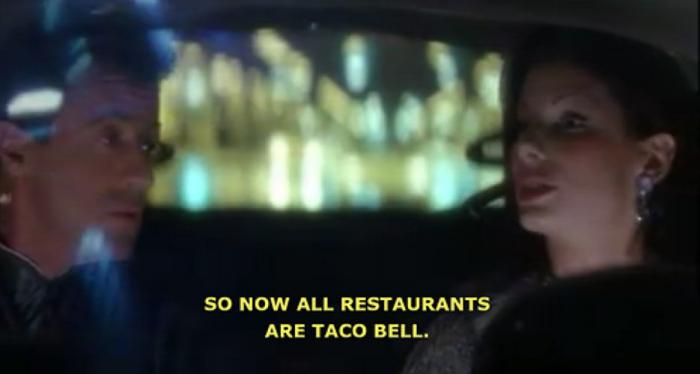 In the 1993 dystopian sci fi movie, 'Demolition Man,' all restaurants are Taco Bell, thanks to the 'Franchise Wars.' You can see the clip on... YouTube.