The economic problem that could destroy America TODAY

The economy is growing slowly, and the bad news comes at a time when the Federal Reserve is contemplating an interest rate hike. The combination of a sluggish economy and rising interest rates could lead to a recession. 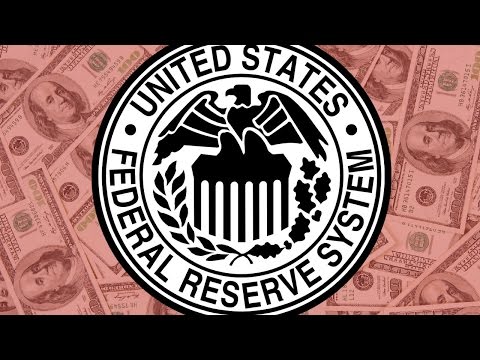 LOS ANGELES, CA (California Network) - The U.S. economy grew slowly this spring. According to the Commerce Department's measurement, growth was a sluggish 1.1 percent. This announcement comes at a time when the Federal Reserve is signaling its willingness to raise interest rates.

In 2015, the economy grew at a respectable 2.6 percent last year. Wall Street continues to do very well, flirting with record highs.

Economists expect the economy will grow at a 2.5 percent pace, which is a good figure for modest growth. Such growth would justify a rate increase by the Federal Reserve. The Fed will raise interest rates when growth accelerates. Higher interest rates discourage inflation by keeping the economy from growing too fast. However, when the economy shrinks, or grows very slowly, the Fed will cut interest rates which encourages spending and a return to growth.

If the Fed makes the wrong move and raises rates during a time of contraction, or lowers rates during expansion, they will make the trend worse. Such mistakes can turn a recession into a depression, as happened in the Great Depression. Or, they can turn inflation into hyperinflation which makes money worthless.

At present, it seems the greatest problem facing America are the low wages paid to workers. Both the poor and middle class have suffered from stagnant wages and have not seen their purchasing power rise since 2001. In fact, increases in prices have outstripped increases in wages, causing both groups to lose purchasing power. Many consumers have attempted to cover these developing gaps in purchasing power with credit, leading to a glut of debt.

Either wages will need to rise to help workers cover the debt, or the debt could go bad, resulting in default. Defaults on debt can spark sudden collapses in the economy, as happened in the Great Recession of 2008. Some economists have warned of a repeat of 2008 on a deeper scale.

A final problem is the fact that small employers, often squeezed by larger competitors, such as WalMart in the retail sector, cannot afford to raise wages much. Large employers can easily do so, but small enterprises are struggling as much as middle class consumers.

The financial waters ahead are tricky, and a wrong move by the government or the Federal Reserve could turn potential growth into economic collapse.