The Catholic Perspective: Should Catholics use payday loans?

Free World Class Education
FREE Catholic Classes
'It's desperation that gets you to walk into the door of a predatory lender and guilt and shame that keeps you there.'

The poor are getting poorer and the rich don't give a damn - what have we done? 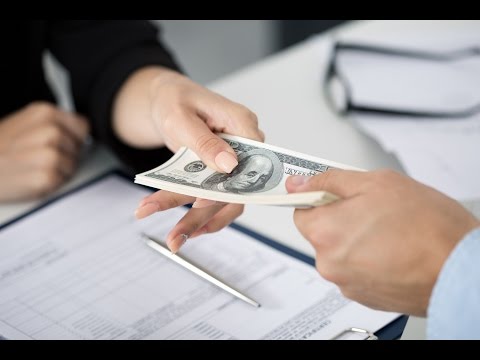 LOS ANGELES, CA (Catholic Online) - According to Exodus 22:24, God tells us to be fair. "If you lend money to any of my people, to anyone poor among you, you will not play the userer with him: you will not demand interest from him."

Despite the clarity in which God has spoken, many wicked hearts take advantage of the poor and turn opportunities to glorify God's Word into an ugliness inflicting poverty upon entire families.

The Consumer Financial Protection Bureau described a payday loan as a short-term loan, typically falling between a few hundred to $1,000 due the next payday. Lenders add a finance charge, generally $10-30 for every hundred borrowed with an annual percentage rate (APR) of nearly 400 percent.

CNN reported online loans charge APRs up to 700 percent, instilling fear to pile upon stress in the already desperate borrower.

As Catholics, it's important to understand the predatory nature of payday loan sharks and to fight back through legal means.

There is nothing fair about charging the needy high fees for borrowing money required for medical costs, rent or even food.

In 2015, the main reason people were forced to file for bankruptcy was the high cost of medical expenses. Credit debt and loans also made the list, with no help from inflation and rising APRs.

Justice advocates have fought to lead the Consumer Financial Protection Bureau (CFPB) to work toward a new standard for loans, the first step of which would be the setting of federal rules.

With the University of Pennsylvania and the National Bureau of Economic Research reporting an annual rate of 13,540 payday applicants declaring bankruptcy, it is obvious something must be done.

There are currently different regulations according to each state but a federally enforced nation-wide standard would uproot the current system and reverse the destructive path currently digging the poor into a deeper pit of debt.

Some of the proposed regulations include the use of "pro rata" or a method of assigning a specific dollar amount to a fraction of the whole. That set amount will be refundable for loans repaid or refinanced before the due date, which would not only inspire the borrower to pay the loan back at a faster rate but would also ensure the loaner would be compensated fairly.

There would also be protection from unaffordable loans with unrealistically high APRs. The proposal also includes a limit loan duration, meaning lenders are required to give the borrower a reasonable amount of time to repay the loan, which is a significant improvement from the current minimum of two weeks.

There are several ways in which God asks us to be loving and giving - loans should not be excluded from this call for fair treatment. As Catholics we need to stand our ground and root ourselves in the Word of God. By following His commands, we can lead the nation to create a world closer to the paradise once lost.

Ways in which you can help are to stand by your state legislature representatives to stop predatory lending practices and refrain from the participation or perpetration of unreasonable loans. For information on alternate means of managing your finances, please click here.