Free World Class Education
FREE Catholic Classes
It was the marketing, not just the statement, silly

What should have figured prominently in last week's news was largely ignored, but I suggest that in the coming years it will be recounted in every Marketing and Economics textbook. While neither Dan Cathy nor his father is Catholic, their business model reflects Catholic moral teaching on subsidiarity, a strategy proven last week to be a huge economic success, in no uncertain terms. 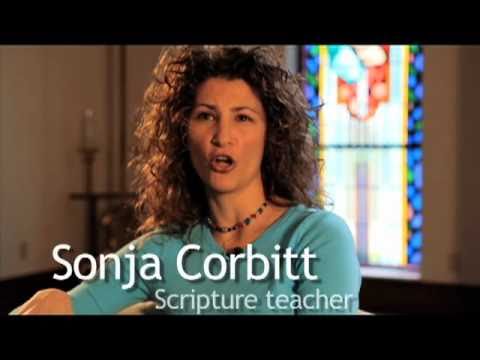 NASHVILLE, TN (Catholic Online) - Now that some of the Chick-fil-A furor has died down and rabid defenders of "tolerance" have shown themselves to be complete hypocrites, it might be appropriate to explore the interesting Catholic principle that inspired millions of people to stand in line for hours in defense of Dan Cathy, his company, and his right to support "Biblical marriage."

While the liberal mainstream media was certainly "baffled" enough (to put it charitably) by the tsunami of support to barely cover it, and has no apparent clue why Americans keep behaving in such surprising ways, one openly gay man seemed to understand perfectly. YouTube personality, Antoine Dodson, came out to show support for Chick-fil-A employees, and freedom of speech and belief last week in Huntsville, Alabama, dining Wednesday on Chick-fil-A's spicy sandwich.

"I'm here for supporting the employees," Dodson said. "The gay community is fighting against Chick-fil-A, but they're not thinking about where this leaves the employees. So I'm here to be in support of the employees and I'm also coming to get that spicy chicken sandwich."

What should have figured prominently in last week's news has absolutely been largely ignored, but I suggest that in the coming years it will be recounted in every Marketing and Economics textbook. While neither Dan Cathy nor his father is Catholic, their business model reflects Catholic moral teaching on subsidiarity, an organizing principle stating that a matter ought to be handled by the smallest, lowest, or least centralized authority capable of addressing that matter effectively.

Last week's illustration of freedom of speech and religion at work in America proves in no uncertain terms that subsidiarity works. One of Chick-fil-A's core operating principles is that its marketing should be done on the lowest, grass-roots, community level. Marketing strategy at quick-service food chain, Chick-fil-A Inc., aims for emotional connections and customer satisfaction rather than the movie merchandising tie-ins and big-budget campaigns of its competitors. It is the "David and Goliath" marketing approach.

If one thinks about it, he almost never sees a television advertisement for Chick-fil-A, except during a CFA Bowl game. Billboards are customary methods of publicity for CFA, but the main marketing thrust of this company is community.

Subsidized somewhat by the CFA Corporation, franchisees are constantly investing in their communities by giving away, yes GIVING AWAY, thousands of dollars of food and merchandise each year. Every month, through a screening process, CFA supports local families, businesses, schools, organizations, and non-profits in their communities through Family Nights, Spirit Nights, gifts of merchandise, contributions of free food, and/or free appearances by the CFA cow mascot.

When they launch a new product, say, the spicy chicken sandwich that came out in 2010, CFA often employs reservation-based, free sampling of the new offering for loyal customers who are signed up for announcements through franchise websites. Then, CFA marketing directors everywhere routinely go into their communities with CFA cow mascots and give away those and other products at soccer fields, college campuses, local businesses, and even pass them out randomly at street intersections.

About the spicy chicken sandwich launch, Vice President of Brand Strategy and Design, William F. "Woody" Faulk, illustrated the CFA marketing approach, saying, "We want to invite our customers to taste the flavor and quality of this spicy sandwich, but we don't want a cattle-call setting where we won't be able to extend 'second mile' service to our customers. This reservation system provides a more personalized way to introduce our exciting menu addition."

When Faith Works in the Marketplace

Founder Truett Cathy determined early on that his faith should be the guiding force behind every CFA business effort. "All throughout the New Testament there is an evangelism strategy related to our performance in the workplace. ... Our work should be an act of worship. Our work should be our mission field. As long as we are stateside, let's don't think we have to go on mission trips by getting a passport. ... If you're obedient to God you are going to be evangelistic in the quality of the work you do, using that as a portal to share [Christ]," he said to the Baptist Press in July.

Indeed, last Wednesday, there were local reports of extra nuggets in every order on a record business day that was originally proposed by the company to be Customer Appreciation Day, but turned into Chick-fil-A Appreciation Day. Yet it was not simply a statement on marriage that inspired support. It was the company's habitual practice of over-the-top commitment and dedication to customers that showed itself to be effusively reciprocated by its customers.

This business model and philosophy, informed by faith, is what inspired a marketing strategy that precipitated last week's "Chick-fil-A-First-Amendment-Marketing-Nuclear Weapon." No doubt, it will go down in business history as genius, but CFA customers know and appreciate that it has been many faithful years in the making.

It was the Baptist Press interview that spawned all the vehement opposition and inspired a tsunami of support in response to the vitriol perceived by loyal customers against Cathy's company. CFA customers are happy to pay full price, receive second-mile service, and are loyal enough to recommend Chick-fil-A to others. As the nation witnessed last Wednesday, they are also Raving Fans who will come out in droves to support the community business that has supported them with great sincerity for so long.

Years from now when students are in Marketing 101 classes they will be studying last Wednesday, in which an unorthodox, grassroots marketing strategy, combined with one transparent, uncontrived, sincere public statement of faith, created six months worth of business and enough social media coverage in a single day to flout months of traditional advertising.

Sonja Corbitt is a Catholic speaker, Scripture study author, and a contributing writer for Catholic Online. Visit pursuingthesummit.com to book Sonja for your next great event, or to order her talks or 10-week, DVD-driven Bible study Soul of the World, on the Scriptural "whys" of Catholic faith and practice.