Catholic Entrepreneurs and the Common Good

There is an unfortunate tendency to equate the Church's social doctrine with economic socialism, which is a mistake of the first proportion.  It is as if there are some Catholics who have forgotten Pius XI's succinct judgment in his encyclical Quadragesimo Anno which is as valid now as it was then: "No one can be at the same time a sincere Catholic and a true socialist." 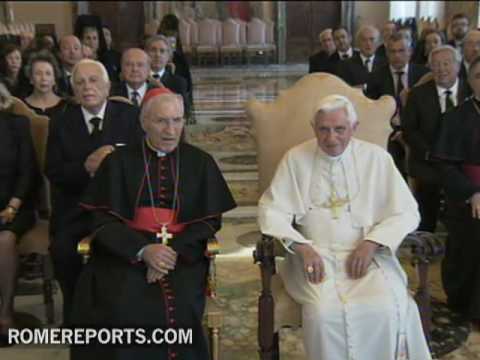 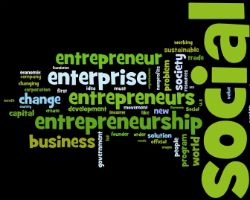 CORPUS CHRISTI, TX (Catholic Online) - There is an unfortunate tendency to equate the Church's social doctrine with economic socialism, which is a mistake of the first proportion.  It is as if there are some Catholics who have forgotten Pius XI's succinct judgment in his encyclical Quadragesimo Anno which is as valid now as it was then: "No one can be at the same time a sincere Catholic and a true socialist."

For those still inclined to this view, despite the words of Pius XI, a brief glance at sections 336 through 345 of the Compendium of the Social Doctrine of the Church should disabuse them of it.  It is clear that, within certain moral constraints and requirements of the common good, the Church is on the side of private business initiative, of entrepreneurship.  Her commitment to private business initiative is a necessary corollary to her teaching on economic freedom and private property, and her focus on the common good.

"The Church's social doctrine considers the freedom of the person in economic matters a fundamental value and an inalienable right to be promoted and defended." (Compendium, No. 336).  Inalienable right: one cannot get much clearer than that.  "Everyone," the Compendium continues quoting the Catechism, "has the right to economic initiative." (Compendium, No. 336) (quoting CCC § 2429).

Indeed, not only is the exercise of economic initiative a right, it may be a duty to those with particular talents in this area.  Adverting to Christ's parable of the talents (Matt. 25:14-30; Luke 19:12-28), the Compendium insists that everyone "should make legitimate use of his talents to contribute to the abundance that will benefit all, and to harvest the just fruits of his labor." (Compendium, No. 336)

"Economic initiative is an expression of human intelligence and of the necessity of responding to human needs in a creative and cooperative fashion." (Compendium, No. 343)  It gives rise to a "sense of responsibility" which is both an individual virtue and a social virtue.  Other virtues that build upon economic initiative include "diligence, industriousness, prudence in undertaking reasonable risks, reliability and fidelity in interpersonal relationships, as well as courage in carrying out decisions which are difficult but necessary, both for the overall working of a business and in meeting possible set-backs." (Compendium, No. 343) (quoting John Paul II, Centesimus annus, 32)

Any power that squelches, discourages, curbs, and certainly punishes private economic initiative--even in the name of "an alleged 'equality' of everyone in society"--is condemned by the Church's social doctrine.  Not only are such policies practically foolish, they militate against the dignity of human beings and their right to economic initiative.

"[There are] negative consequences that would arise from weakening or denying the right of economic initiative: 'Experience shows us that the denial of this right, or its limitation . . . diminishes, or in practice absolutely destroys the spirit of initiative, that is to say the creative subjectivity of the citizen.'  From this perspective, free and responsible initiative in the economic sphere can also be defined as an act that reveals the humanity of men and women as creative and relationship subjects. Such initiative, then, should be given ample leeway."  (Compendium, No. 336) (quoting John Paul II, Sollicitudo rei socialis, 15)

In fact, in the Church's view, there is only one justification for limiting private economic initiative: if the particular initiative--either as a result of its subject matter or as a result of the manner in which it is undertaken--hurts the common good. (Compendium, No. 336)  So, for example, no one could claim that he has an inalienable right to private initiative to start a prostitution ring, or trade in illegal drugs, or manufacture dangerous products.

Not only does this freedom allow humans the opportunity for creative self-expression and the building of virtue, there are also great economic benefits--wealth, efficiency, innovation, the meeting of human need--gained by allowing this freedom of business initiative, of entrepreneurship.  More than even this, there is the growth in solidarity that is necessarily enhanced by the cooperation that is required for the success of any business venture.

"Businesses should be characterized by their capacity to serve the common good of society though the production of useful goods and services.  In seeking to produce goods and services according to plans aimed at efficiency and at satisfying the interests of the different parties involved, businesses create wealth for all of society, not just for the owners but also for the other subjects involved in their activity.  Besides this typically economic function, businesses also perform a social function, creating opportunities for meeting, cooperating, and the enhancement of the abilities of the people involved." (Compendium, No. 338)

Since any business venture is necessarily both an economic and a human endeavor, or, as John Paul II framed it, both a "society of capital goods" and a "society of persons," it must comply with both economic laws and moral laws.

"A business' objective must be met in economic terms and according to economic criteria," and this includes "the proper role of profit as the first indicator that a business is functioning well." (Compendium, 339, 340)  Profit, of course, is an indicator that "productive factors have been properly employed" and so points to economic efficiency.  The Church recognizes the foolishness of trying "to guarantee the firm's future without the production of useful goods and services and without making a profit, which is the fruit of the economic activity taken." (Compendium, No. 340)

But important as profits are, they are not the whole picture since "a business may show a profit while not properly serving society."  The fact that Larry Flynt makes a profit by selling pornography does not justify his ventures.  Similarly, profit may be artificially built upon the exploitation of workers.  In such a case, the profit is not a reflection of the value of the enterprise, but rather a reflection that it is simply built upon the backs of the workers who are not properly compensated for their labor and so in a sense may be said to subsidize the venture. (Compendium, No. 340)

Because profit as a measure of the economic value of a business venture and the moral rights and dignity of those who contribute to the business venture as well as the natural environment are all important criteria, they ought to be viewed as factors in measuring the success of that business.  "It is essential," the Compendium insists, "that within a business the legitimate pursuit of profit should be in harmony with the irrenounceable protection of the dignity of the people who work at different levels of the same company." (Compendium, No. 340)  The Church describes this harmonious interlocking as one of "a community of solidarity."  The harmonious interaction of the economic motive with the natural environment is what the Church calls "social ecology."

Those who manage the business have therefore a significant responsibility not only to the economic aspects of management, but also to the dignity of those who work in the venture, family life, and the natural environment in which the business operates:

"Business owners and management must not limit themselves to taking into account only the economic objectives of the company, the criteria for economic efficiency and the proper care of "capital" as the sum of the means of productions.  It is also their precise duty to respect concretely the human dignity of those who work within the company.  These works constitute "the firm's most valuable asset" and the decisive factor of production. In important decisions concerning strategy and finances, in decisions to buy or sell, to resize, close or to merge a site, financial and commercial criteria must not be the only considerations made."

"The Church's social doctrine insists on the need for business owners and management to strive to structure work in such a way so as to promote the family, especially mothers, in the fulfillment of their duties, to accede, in light of an integral vision of man and development, to the demand for the quality "of goods to be produced and consumed, the quality of the services to be enjoyed, the quality of the environment and of life in general; to invest when, when the necessary economic conditions and conditions of political stability are present, in those places and sectors of production that offer individuals and peoples "an opportunity to make good use of their own labor.""