In the Lenten season, we are called to reflect on our sins and on the sacrifice of Jesus Christ for the redemption of those sins. The song Lamb of God, by Twila Paris, provides a powerful focus for our reflection. Twila uses the song to tell the story of Jesus, though in a very abbreviated form. She chooses those parts of the story which capture the love the Father for has for mankind, Jesus's great sacrifice, and our aspirations for grace and forgiveness. Twila has put so much meaning into this song both by her lyrics and by her singing, one will have a difficult time listening to it without being touched. 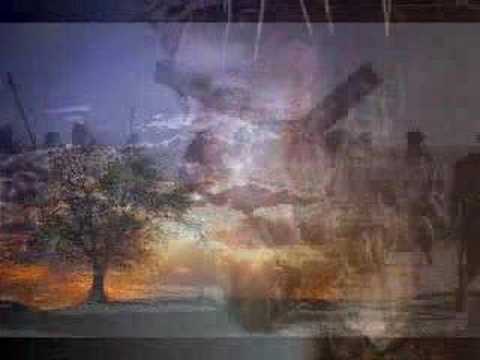 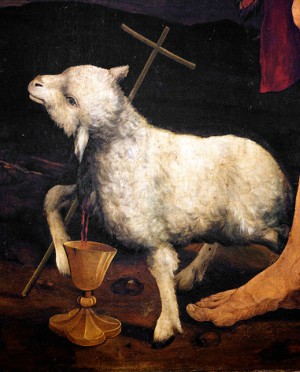 The first verse reminds us of the great gift the Father has given us in his Son. Jesus, his only begotten son, free from sin and pure in every way, was put on this earth to become a sacrifice. Not just any sacrifice, but the ultimate sacrifice. The sacrifice that will cleanse us of our sins. The Lamb of God. Twila's voice and the orchestral type accompaniment allows one to visualize the love of the Father and the pain he must have felt sending his son down to a guilt-ridden earth to die for our sins.

They killed the Lamb of God.

In the refrain, Twila sings of her love for Jesus, and calls out to God for salvation. She asks to be washed in Jesus's precious blood, thereby cleansing her of sin. Her emotive singing reaches your soul, so that you can feel her desire to be saved, and to be touched by the Lamb of God.

The instrumental bridge conveys a feeling of a struggle, as if someone is trudging through deep mud. Musically, to me at least, it symbolizes despair, as if one is reaching out for help and salvation. This interlude follows beautifully after the second verse, where she sings of Jesus crucified, and the refrain, where Twila sings as she calls out for salvation, then flows effortlessly into the victorious final verse.

The final verse incorporates a key change to a higher key. Musically, this brings a sense of hope and salvation. Twila sings of the despair we all feel at times, feeling lost. She sings that we can all be saved by Jesus, as he calls us to his side and leads us on to victory. Previously in the song, "Lamb of God" was used in reference to Jesus. Here, Twila sings that, by joining Jesus, we too can become a "lamb of God" and lead others to Christ and to salvation. This thought echoes what St. Paul has said: "Now I rejoice in my sufferings for your sake, and in my flesh I am filling up what is lacking in the afflictions of Christ on behalf of his body, which is the church" (Col 1:24); in other words, we can participate in salvation by our sufferings.

The song ends with Twila singing the refrain. However, while she previously called out for salvation, now she sings that she realizes that not only is she [and we] saved, she can help in the salvific process. "[W]ash me in his precious blood, Till I am just a Lamb of God." Her repetition of the end of the chorus reaffirms that we are saved because Jesus Christ died on the cross for our sins, becoming the Lamb of God.