Paving the Way to Vote Your Conscience

This week, Hillary Clinton picked her VP running mate, Virginia Sen. Tim Kaine, a Jesuit-taught Catholic. Media pundits are touting his strong Pro-life personal views. However, a closer look reveals his political beliefs on vital social issues, such as the death penalty, gay marriage, and abortion, are out of sync with both his Catholic faith, and his stated personal views, providing major red flags for Christian voters with discernment. He reportedly also voted in support of the very controversial Iran Nuclear Deal.

Deciding who to vote for can be a difficult, gut wrenching decision. Yet, voters need to know there are ways to evaluate truth that allow them to vote their conscience. 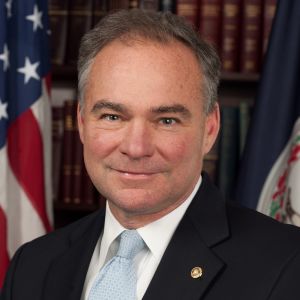 span style="font-size: 14px;">According to an online article published in the New York Times on July 23rd, 2016 by Katie Shepherd and Alan Rappaport, Clinton's new running mate Tim Kaine appears to be staunchly "pro-choice," and "pro-death penalty," despite his stated personal views and Catholic background. This unfortunate disconnect has the potential for subversion of Catholic teaching, and is cause for significant, legitimate voter concern. In this article, it surprising states that Kaine, "opposes the death penalty, but oversaw 11 executions during his tenure as governor." It also reported that Kaine "is against abortion, but supports abortion rights" and is in favor of funding Planned Parenthood. These sort of discrepancies can be baffling to voters, but to the astute Christian observer, a matter of discernment.

Clearly, with this sort of emotional and spiritual disconnect, it is important to be alert to inconsistencies in word and deed. The politician who says one thing but votes the opposite way may not be the best choice for this great country. In fact, when deciding where to place ones vote, we are called to be keenly aware of the voting records of the candidates, as that speaks volumes about what they will do in the future as politicians. It challenges us to put aside our own assumptions about candidates based on their party and their carefully crafted sound bites, and take the time to look beyond what they say, such as "I am Catholic," or "I am Christian," watching to see what they do. Though no one is perfect, as Christians, we are called to live and act with conscience. When we see red flags and discrepancies, we need to stop regroup rather than forge ahead.

Though strong faith is something vitally important to strive for, it is, in actuality, a blessed gift from God himself. For many striving faithful, strong faith is a lifelong goal. I am talking about the kind of faith that allows us to stand up for what you believe with holy boldness, clarity and authority, even when we know it will not be received well by others. To vote your conscience rather than your political party affiliation is essential to the integrity of America.

Everyday people, and even politicians, with authentic, strong faith represent the kind of unwavering faith that allows them to speak truth even when it is unpopular or inconvenient. Through prayer, we can decipher which is which. Like the general population, some politicians can speak consistent truth, and others cannot. With strong faith, we are able to go the extra mile when adversity hits, and to try our level best to do the right thing. Most of all, voting, like life in general, involves integrity and recognizing and firmly reflecting our own beliefs in both words and actions with consistency.

From how we live our daily lives, to how we vote with an operative conscience, it is necessary that when we see a disconnection between word and deed, we need to dig a little deeper for truth, thereby living out our faith to the fullest, lest we become complacent.