Today, Hillary Clinton won the Democratic votes necessary to be the nominee for her party. A legendary and outspoken supporter of abortion, I am dismayed at the thought that Hillary could be president for a myriad of reasons, but especially her cold-blooded stance on abortion. Too many people turn their heads and attention away from this gut-wrenching topic. Every nation is judged by how they treat their most vulnerable citizens, and I truly believe citizenship begins at conception. But in America, that right is not a given. We as Christians need a president that will help us to fight for the basic Civil Rights of the unborn, particularly by making the womb a "no-kill zone," or risk incarceration. 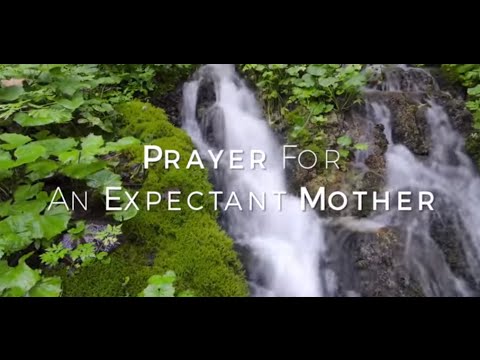 span style="font-family: Arial, Verdana, sans-serif; font-size: 10.8333px; line-height: 13.3358px;">In my mind, I cannot think of anything more wrong, ethically and morally, than abortion on-demand for convenience. That is the core reason I could never vote for Hillary Clinton, or Bernie Sanders, for that fact, as they reportedly, to the dismay of many, do not even recognize personhood or human life until birth. If you think about it, abortion is really an act of holocaust upon the weakest and frailest generation among us. It is playing God, and to that end, believers and non-believers all have to face the Lord at the end of their life and are responsible for their actions.

To date, this liberal, morbid practice has allowed for 333,000 abortions per year to be performed by Planned Parenthood, thereby abruptly ending life and denying these unborn babies the gift of life that God has generously provided for them and their families. Yes, the unborn suffer gravely when they are put to death in the womb with painful deaths, but the mothers and fathers of the aborted babies also suffer dearly. For many, the guilt is unbearable, leading some to suicide. Is it possible that is why approximately 21 million Americans live with depression and are on medication for it? Trust me when I tell you that abortion is NOT healthcare, it is murder.

Today I read an article online about a Unitarian Universalist pastor that believes her "sacred" mission on Earth is to support the efforts of Planned Parenthood, the abortion industry hub in America that aborts babies then sells body parts for the highest bidder. I can tell you this much: Ministry in Jesus Christ would never possibly involve the violence upon the meek that the unborn brutally endure as their lives are snuffed out for the convenience of others. Yes, there may be times when the mother's life is medically in the balance, and other times when rape is a factor. Though the Catholic Church catechism does not delineate in matters of abortion, each soul must decide for themselves what they can live with in their conscience and live with the consequences of their actions. I seriously doubt that God would ever create a human life that he did not treasure. The Bible tells us that He is a merciful, loving God, but even He has his limit, and that God has great plans for all people.

If we as a nation don't support and rally around the meek, the unborn, allowing them their just civil rights, we are doomed. It is like being in a boat with a gaping hole in the bottom. We are all in this together as a nation. As Christians, ee need to stand up and get more vocal about our Pro-life beliefs. Silence is complicity. Someone needs to patch the hole in the boat lest we all are overcome and go under water together as a nation. We need a strong leader who will no longer allow for the murder of holy innocents.

So how often do we come in contact with people that we know who solidly embrace and support this heinous practice, mistakenly calling it, "Pro-choice?" In my opinion, way too often. Call it what you will to soften the effect, but make no mistake about it, it is murder of a human life. And for some communities, genocide.  God doesn't make mistakes. Children born with imperfections still need to have a chance in this world, and many have gone on to prove they can go on and live loving, productive lives, despite birth defects like Down's syndrome, Cerebral palsy, brain damage. They deserve that opportunity, and have a God-given place in this world.

A cursory research of the life and philosophy of Planned Parents foundress, Margaret Sanger reveals her early agenda that Planned Parenthood continues to carry out. She called for genocide of African Americans, sick babies, unwanted babies, and anyone who would be different. She was a supreme racist, a communist in her own right, and likely friends with communist, atheist Madeleine Murray O'Hare who took prayer out of schools in the 60's across the US. That is exactly why Alveda King, niece of Martin Luther King continues the mission of her good uncle as a tireless advocate with Priests for Life, Father Frank Pavone. For fighting for the unborn today is really fighting for the greatest civil right of these modern times.For the right to be born and have a fighting chance at life, is both a Civil Right and a God-given privilege.

Each of us has to answer for our own actions when all is said and done. Opt on the side of compassion, and mercy, Jesus' way, and you will never be sorry you did.