Hollywood is dying, here's what's coming next, and how you can take advantage of it

The world is ready for a revolution in television and entertainment. The latest numbers from Hollywood reveal that the film and show production are changing dramatically, opening new avenues for fresh talent, and new ways for people to enjoy what they want. These developments will change your life, and how you consume media. 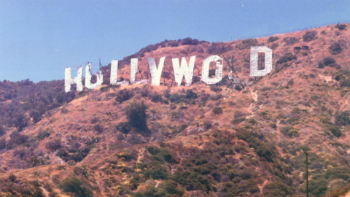 Goodbye Hollywood, hello to a better world of media and entertainment!

LOS ANGELES, CA (California Network) -- Here's the old way to fame and stardom in Hollywood: move to Hollywood, pick up a job waiting tables, preferably near a film studio. Eavesdrop on your customers, and if you run across a producer or a director, make your pitch as you drop off their two plates of Moons Over My Hammy. Keep those drinks full, and if you're lucky, you'll get a business card with a phone number on the back for a tip.

It was a tough way to catch break, and there was always a lot of competition. Even talented people needed luck to get noticed. Today, the whole path to stardom is changing.

Today, all you need is a smartphone. The competition is still tough, but it's easier to get yourself out there. No more bussing tables or mopping up spilled coffee.

Hollywood production is in decline as more producers choose to shoot in more tax-friendly locations. In 2016, Los Angeles saw only 68 pilots made within the city. This is the lowest total in decades. Meanwhile, locations such as British Columbia, Georgia and Louisiana are picking up. 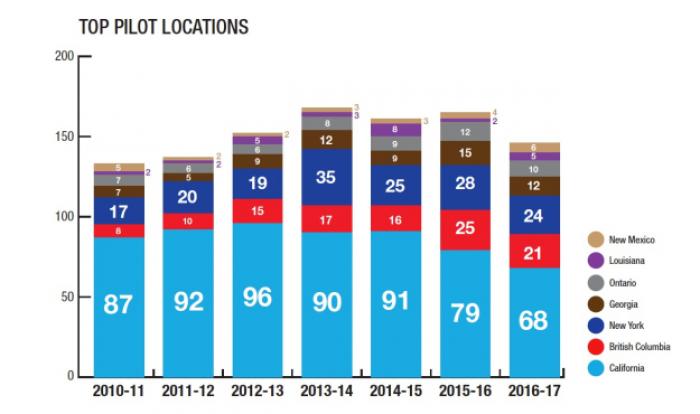 Digital production is on the rise as companies like Netflix, Hulu, and Amazon produce their own shows. This is new. As late as 2011-2012, all new shows were produced by either cable companies or networks. Since 2013, digital providers have taken the lead and show no sign of slowing down.

The reason for the change is the internet. The internet provides a better viewing experience. You can view the internet on your phone, tablet, PC or laptop, or television. You can't do that with cable or rabbit ears.

You can watch with few or no commercial advertisements. You decide what to watch and when. It's no problem if you're busy when your favorite show comes on, you can catch it later. And it's cheaper. Cable companies still sell packages that can cost more than a hundred dollars a month, while digital companies allow you to watch for under $10 in many cases. That's less than the cost of a movie ticket.

The internet is also delivering a dizzying array of choices to people. Gone are the days of 54 channels with nothing on. Today there are thousands of content producers cranking out every kind of content on a daily basis.

This lowers the bar for access to newcomers, who only need a smartphone and some talent to produce their own content. And when that content is good, it rises to the top and gets noticed.

Now, the internet is about to get its first global television network called The California Network.

The California Network has its own production facilities and can support remote content production. That means a show can be produced and worked on by people around the world with no need to come to California. Wherever you live around the world, you can help produce content, or even be a star without having to move.

At the same time, people around the world will soon be able to watch The California Network, making it the world's first global network.

The California Network will feature its own programming as well as programming from other producers around the world.

Producers from around the world are invited to reach out to The California Network to learn how they can reach millions of viewers each month on this new global network.

The world of entertainment is changing, and The California Network is ready to provide you with a 21st century experience.