Free World Class Education
FREE Catholic Classes
'Go into it with an open mind and see what you find.'

National Geographic has set out to discover who God truly is and how the Almighty affects the lives of His followers. 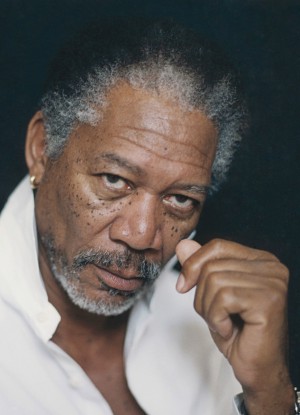 Morgan Freeman investigates who God is in the new series "The Story of God."

LOS ANGELES, CA (Catholic Online) - Morgan Freeman has played God several times on the silver screen but the Hollywood star is gearing up to tackle some of the most difficult questions in the world: Who is God?

In the second season of National Geographic's "The Story of God" series, Freeman sets out to find out what Heaven and Hell really are from as non-biased a standpoint as possible.

Freeman interviews people who have had near-death experiences, questions religious leaders of several faiths, refers to ancient texts and documents such as the Holy Bible and attempts to answer some tough questions.

Specifically, the episode centers on how people choose to live their lives is related to their feelings or beliefs toward Heaven and Hell.

Several people met with Freeman to explain their beliefs and reveal their evidence to support their faith.

Speaking to Entertainment Weekly, Freeman explained his globetrotting investigation is drawing to a close, as are his conclusions.

"What we came away with at the end of the series is the fact that all religions and beliefs share remarkable similarities, these commonalities. There they are, so we should celebrate them rather than let them cause rifts between us."

Lori McCreary, the executive producer, claimed "The Story of God" was enlightening and holds the potential to create a dialogue among people with different faiths.

"I was quite frankly enlightened about some Christian beliefs that I wasn't clear about and some places on the planet where they worship in interesting ways. I'm hoping that it leads to more conversation between people of either the same faith or different faiths [and reveals] something that we have in common we might not have known about before."

When asked if it was difficult to launch the God-based project, Freeman shared: "We received a really enormous amount of support throughout the world, wherever we went. People were very forthcoming and seemed excited about the idea that we were doing it, from everywhere from the Vatican to Varanasi, India."

McCreary added how open people were to Freeman. 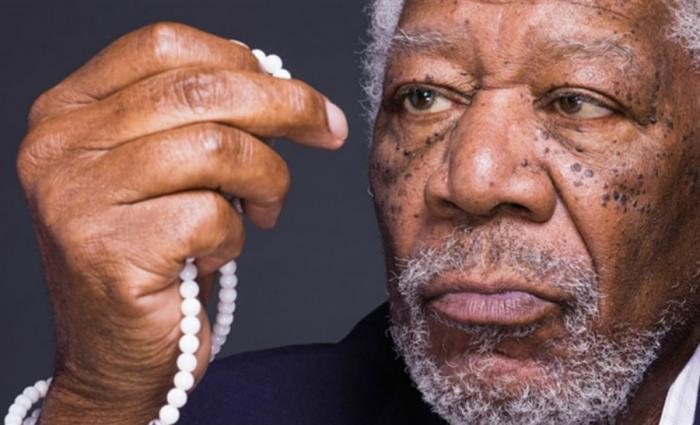 "The great thing is people opened up to Morgan because he was really curious about what they believed, what they thought, what they think about miracles or life after death. It was more of a conversation. So I think we were able to get a real inside look at people and places that we may not have otherwise gotten if it hadn't been for the most divine Mr. Freeman."

Freeman gave an example, citing an instance in India where he was speaking to a Hindu instructor about reincarnation. The instructor said reincarnation is a process and they believe when you die and haven't lived correctly, bad karma makes you start anew - "And they're not all that thrilled about it."

There are parallels between science and faith-based or Bible-based stories, which align to support one another.

Freeman and McCreary were both asked if the multi-faceted project changed the way they personally view God and Freeman responded: "I didn't change anything at all about how I think of God or my belief in God. It just enlightened me to how other cultures do it."

McCreary explained: "For me, because I'm a trained computer scientists and I come from the scientific world, there's always been a little bit of an eyebrow raise when I spoke to people and told them that I'm a Christian. Like, 'What? How does it work that you're a Christian and scientifically-minded person?'

"I think, somehow, through this exploration, it really helped me reconcile those two sides of who I am - which is that you don't have to believe in the Big Bang and not creation. You don't have to believe in evolution or only be a creationist. You can actually be someone who believes all of this. They don't contradict each other. That was a really great thing to confirm for me."

"The Story of God" has explored several wonderful topics, such as "The Power of Miracles," "Why Does Evil Exist?," "Who is God?," "Heaven and Hell" and "How Does the World Experience God?"

The episodes are available Mondays at 9/8 Central on the National Geographic Channel. For more information, visit NationalGeographic.com.