Spoiler-free review of 'The Shack'

Without having witnessed a single film trailer, or reading the book upon which it is based, I set out to watch "The Shack." What I encountered on that screen was a unique series of events, a surprising amount of emotion and undeniable truth. 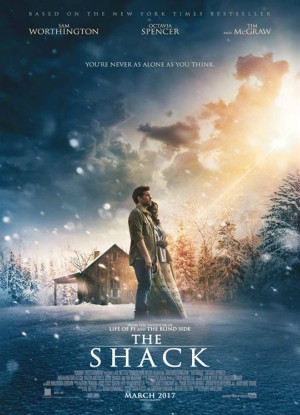 LOS ANGELES, CA (Catholic Online) - "The Shack" is a faith-based film starring Sam Worthington, Octavia Spencer and Tim McGraw. It was released in the United States on Friday, March 3, 2017 and was directed by Stuart Hazeldine.

The film centers around one man's relationship with God, his family, his past and the tumultuous emotions gathered deep in his heart.

The cast was well-chosen and Mac's daughter, Missy, played by Amélie Eve, immediately steals the spotlight.

Her life is the perfect opposite of Mac's childhood and he loves her fiercely. His other daughter, Kate, and son, Josh, are older but their problems and personalities shine through. Mac's wife, Nan, leads the family toward God and keeps them - to the best of her ability - on the right path.

Mac struggles with religion and, when tragedy strikes, is left feeling alone. The pain he suffers is shared with other members of his family but the camera - perhaps to mirror Mac's inability to consider others - focuses only on him.

One day, when his family is out, he receives a mysterious message reminding him of the worst day of his life. The hatred and pain twist within him and he sets off to face his demons.

What he encounters instead changes everything.

Mac meets three characters who force him to revisit his past, consider his present and make several decisions for his future. One by one, he overcomes the obstacles until he is faced with a nearly impossible task. 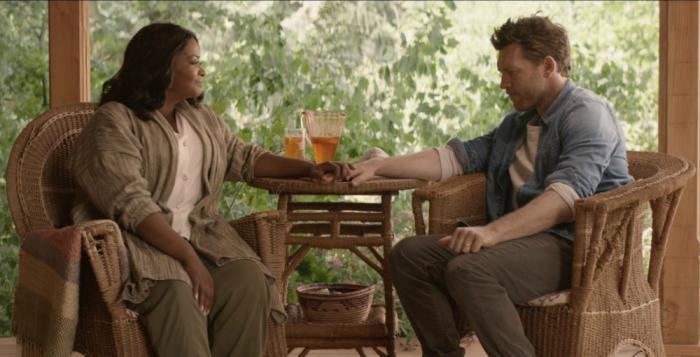 His character is so convoluted with grief, judgment and anger that he struggles to face what has been looming over his head and eating away at his soul.

The lessons taught in "The Shack" are relevant to audiences of all ages and touch the heart. Nearly every word of dialogue is an important part of the film and symbolism runs deep.

One of the greatest things that stand out are the amazing shots of the natural world, with nearly every scene revealing evidence of God's presence and power.

One can watch it over and over and focus on - and receive - new revelations about mankind, God's role, Christ's sacrifice, the true meaning of family and relationships, and the purpose of the Holy Spirit.

It would seem every character, every gender, every movement, use of dialogue, setting and prop is used to point at the main points of the plot - God is forever faithful and man is flawed.

If you haven't seen "The Shack" yet, go out and purchase your tickets. Enjoy it with the whole family, your church group or your friends. God has many things to teach us all and "The Shack" has many of those lessons deeply embedded in its heart-breaking and reaffirming plot.