Free World Class Education
FREE Catholic Classes
'It's such an opportunity to reach youth and to reach, you know, to reach everyone, really, with an invitation...' 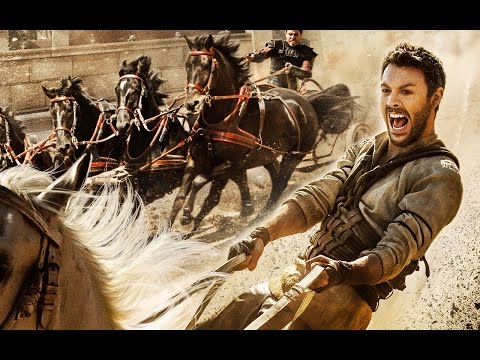 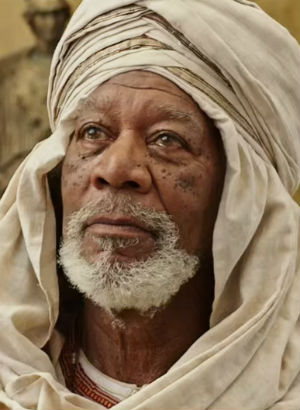 Ben-Hur will be available nationwide in theaters August 19.

LOS ANGELES, CA (Catholic Online) - Downey, who starred in the CBS series "Touched by an Angel," is an actress and producer working for LightWorkers Media, which produced "The Bible" on the History Channel and "Son of God."

During an interview with Downey on Friday, her excitement for upcoming film "Ben-Hur" was palpable when she described: "[I]t's an exciting action adventure movie, it's filled with tension and drama and danger and battles and chariot races and, you know, it's a feast really, a visual feast and yet at the same time it holds this deeper, quiet meaning - opening hearts to forgiveness and reconciliation, mercy, and love."

Downey explained the classic story of Judah Ben-Hur was originally a book titled "Ben-Hur: A Tale of the Christ" by Lew Wallace, which was later turned into a silent film before the 1959 release starring Charlton Heston.

"This script was so beautiful," Downey shared. "[I]t's character-driven, it's about relationships, it's about loss, loss of family, loss of freedom, it's...this extraordinary story of these brothers who have been raised lovingly together, they're best friends, whose lives get ripped apart and suddenly they're arch enemies, both intent on getting their revenge and if it means killing each other, that's what they'll do.

"They'll stop at nothing and of course it ends up in this amazing sequence in the arena in this grand stadium where they're going to go up against each other in the chariot race, in the great chariot race which, as a cinematic moment, will leave you breathless."

Downey described the amazing 12-minute race, which director Timur Bekmambetov made even more spectacular with the use of GoPro cameras.

The small cameras were placed everywhere from the actors' armor to between the ears of the horses - none of which were harmed in the making of the film.

Downey explained how actors Jack Huston and Tobey Kebbel trained to actually ride the chariots in the race and many of the stunts were actually done by the actors themselves.

In today's dark times, Downey believes the film plays a pivotal role to provide "a message of love and mercy and forgiveness and reconciliation...now more than ever."

Ben-Hur was filmed in Italy, at Cinecittŕ Studios, where famous film director and screenwriter Federico Fellini filmed all his works, prompting Downey to excitedly mention the studios wonderful history.

While in Rome, the team took an opportunity to visit Vatican City, where actor Rodrigo Santoro, who plays Christ in "Ben-Hur," met Pope Francis.

"The Holy Father actually came over to him [Santoro] and put his hand on his head and he blessed him and it was just so beautiful," Downey described. 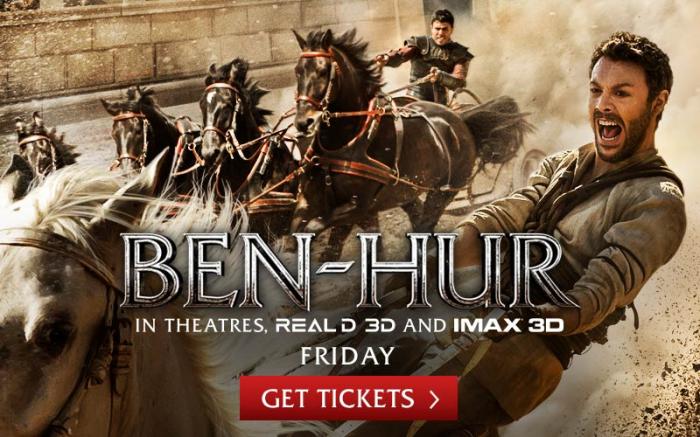 She believes the Pope's blessing is what made Santoro's portrayal of Jesus so full of "a stillness and a strength and a directness and a truthfulness and an honesty that is so profound and deeply touching ..."

Downey was so excited to talk about "Ben-Hur" that she began to describe what it was like watching the classic as a child and what the film means to her personally.

"I certainly have a memory of watching the Charlton Heston movie as a young girl with my own family...I'm eager to start hearing from families who will father together to watch the 2016 Ben-Hur...I have committed myself and my career to being a Light worker and to tell, to be part of the telling of these kinds of stories so my involvement in this is personal and passionate.

"I've been on board the project from its very early days so it's with great emotion that we enter the last week, it's like the final lap as we gallop towards that finish line."

Interestingly, Downey suggested people keep an eye on a particular side character, a zealot, who later becomes the Good Thief who hangs beside Christ in one of the most amazing scenes in cinema this summer.

"I don't know that we've ever seen that in a film before," Downey explained. "So that might be just interesting for our Catholic audience to pay attention to in the story."

"Ben-Hur" includes scenes in which Christ's death deeply affects Judah Ben-Hur. In fact, he drops a stone in a scene Downey described as "powerful" and "beautiful," adding: "And the crucifixion is a powerful scene where we see and hear Jesus saying, 'Father forgive them, they don't know what they're doing,' and Judah understands, finally, in that moment that the only way forward is to forgive and he drops to his knees in a moment of, of redemption - touched by grace."

The stone is a representation of a hardened heart and Downey described how youth groups and churches across the nation reported similar acts of leaving their burdens and hardened hearts at the foot of the cross.

Downey believes the film "has the potential to heal" and serves as "an invitation for people to come back to God," while simultaneously serving as a form of entertainment for those who want to avoid "going to the movie theaters to be preached at."

She explained the film "has something for everyone" and will hopefully serve as a new classic for the current generation.

"I don't think audiences will be disappointed, Downey commented. "I know they won't be."

So get your tickets this Friday and experience one of cinema's most classic stories ever to hit the silver screen.