For those giving up social media this Lent, the struggle is real!

It's never too late to make an added sacrifice for Lent.

For many Catholics and other Christians too, Lent is a time for sacrifice. For those who have given up technology, the struggle is real. 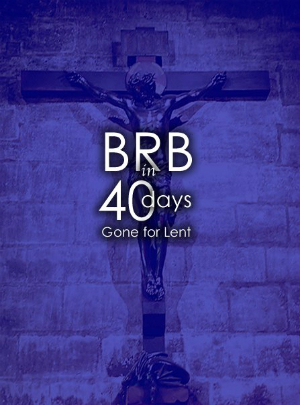 A lot of Christians give up social media for Lent, but it isn't an easy thing to do. Their fast is inspiring me to take a break myself.

LOS ANGELES, CA (Catholic Online) - Everywhere you go, everybody is staring into their phones, hardly watching where they're walking. A few years ago, when I returned to my old college campus to take a continuing education course, I noticed a profound difference. In my youthful college days, the space of time before the start of class was a time to meet classmates and make new friends. You sized up your classmates and decided which ones you'd like to have in your study groups. More importantly, you networked to build future professional relationships.

Now, my most recent college experience was completely different, there was nobody to talk to. Yes, people still showed up at the door before the start of class, but everybody was so engrossed in their phones that it would have felt rude to introduce yourself or start a conversation.

The cellphone has changed everything. Where years ago you simply trusted that a person would arrive at a given time today we are in constant communication. I can even share my GPS location with others so they can work out how much longer they have to wait for my arrival. Anyone can communicate with me in real time, even if I'm at home in bed.

I didn't give up technology for Lent, but I have friends who have. In fact, giving up social media such as Facebook, Twitter and other networks is a common sacrifice. One friend of mine, a pastor, gave up Facebook for Lent. When I had a question for him and wanted his expert opinion, I couldn't get it right away because of his fast, I had to take him to lunch to share my reflection (oh the horror!).

The people around me who have given up social networking all report two things. First, they find it hard --very hard. They describe it as if they are trying to give up smoking. Indeed, social media is hard to give up. Facebook and others have been engineered with the help of psychologists specifically to be addictive.

The second observation, from those who are successful, is that they did not realize how much time they were putting into social media. Social media is enormously time consuming. Catchy titles, hitting that button to see the next image or to get to the punch line is time consuming. Posting your own updates while on vacation eats a lot of your vacation time. On a recent trip to the coast, I missed more than one spout from a whale offshore --because I was tweeting about it, to people who couldn't see it anyway.

In that particular moment, I realized social networking was robbing all of us. My friends would be informed of an experience they could not share (and probably couldn't care less about) and I missed the real thing. I deleted the tweet and put my phone back in my pocket. I still felt the urge to reach for it repeatedly, which demonstrated that for me, the addiction was real.

Social networking consumes a lot of time and it distracts us. We share Jesus memes and debate our atheist friends for hours, but what does this really do for any of us? How does any of that actually advance our relationship with Christ?

I can't say that I've given up social networking entirely for Lent, but I have given up on a lot of it. After a couple weeks less time on Facebook and online in general, I reported to my wife last evening that I sort of found the whole experience boring and unfulfilling. She shared the same and has been posting a lot less herself. Aside from pictures of our children, which we post to share with family, our feeds are fairly quiet and we all seem okay with that.

With less time listening to the noise of social media, I now find I have an easier time tuning in to God. I need less time to clear my mind before prayer, which is a great thing. I had no realization that social media could be such pollution to the spiritual mind.

There's nothing wrong with social media in moderation. Even the Pope tweets. Catholic Online has an amazing Facebook feed and the memes are both fun and encouraging. But when you're missing out on real life and genuine human interaction because you're too busy trying to fit a thought into 140 characters, you've gone a bit too far.

Cutting back on the social media is hard because we're physically addicted to it. My desire to reach for my phone every 10 minutes to refresh my Facebook produces a discernible physical sensation in my arm. It's bad news. However, as I do it less and less, I find the urges fade and the compulsion isn't as powerful. I have even contemplated suspending the account altogether, even if just for a time.

You see, like I was before my college class, Jesus is there in that hallway and He'd love to talk to me. If I don't put down my phone, well, He's too polite to interrupt. And what a tragedy it would be to miss out on that relationship!