Lent and the Path to Freedom: Doing Battle with the World, the Flesh and the Devil

God does not need Lent, we do.

When I was a young man I had a priest friend who I now recall every time we begin the Forty Day Observance of Lent. About a week before Ash Wednesday he would say, "I am looking forward to Lent." The comment would perplex me greatly. Now I understand. 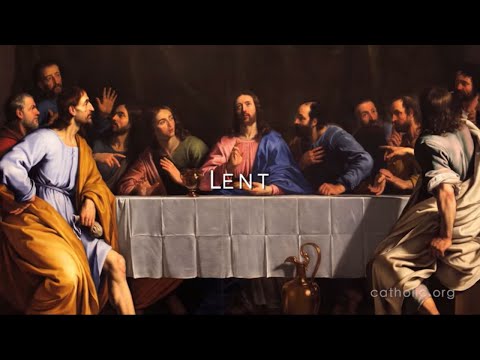 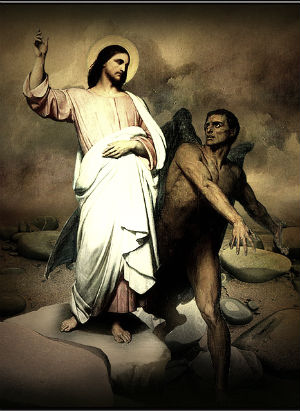 Jesus being tempted in the Desert

CHESAPEAKE, VA. (Catholic Online) - "Filled with the Holy Spirit, Jesus returned from the Jordan and was led by the Spirit into the desert for forty days, to be tempted by the devil." (Luke 4:1)  "The truth is that only in the mystery of the incarnate Word does the mystery of man take on light." (Gaudium et Spes, # 22, Second Vatican Council)

When I was a young man in College I had a priest friend who I now recall every time we begin the Forty Day Observance of Lent. About a week before Ash Wednesday he would say, "I am looking forward to Lent." The comment would perplex me greatly. In fact, I was dreading Lent, thinking it to be an onerous time with a lot of external practices which I did not really understand.

Take the Lent quiz now!
In my 20 year old mind, mistakenly thinking as most 20 year olds do  that I knew everything, I would dismiss the comment from my priest friend as some sort of "weird piety."  Now, decades later, I find myself joined with my old friend, seeing the wisdom of his well formed piety. I welcome this remedial season of grace in my life. Now that it has come, I pray that I can enter into its invitation and find the path to Freedom. God does not need Lent, we do.

This ancient practice of setting aside 40 days in order to enter - in Jesus - into the desert places in our own daily lives and confront the temptations and struggles we face is a gift. It comes from the Lord and is offered through the Church who is our mother. The Church as mother and teacher knows just what we need. We all know the truth and need to be honest, particularly so during Lent as we examine our lives in the light of the call to repentance. We all struggle with disordered appetites and unconverted ways of thinking and living.

We also demonstrate in our daily lives a lack of charity in our relationships with others. We have developed unhealthy habits which cause us untold sadness and impede our progress in virtue. None of these set us free or help us to flourish as human persons. They are the bad fruit of sin. The Desert of Lent is where we learn to conquer in the One who both shows us the Way and is Himself the Way.

Lent is a gift given to us by the Lord, but we have to unwrap it and apply its remedial and healing prescriptions. The Lord in whom we now live through Baptism, is Risen from the Dead. He is walking through time now, in his Body, the Church. He wants to save us and set us free as we live our lives in that new world which is the seed of the Kingdom to come. However, as another priest friend of recent acquaintance regularly reminds his parish, "Lent  won't work unless you work it!"

Lent invites us to journey in Jesus, into the Desert. It is there, in that pace of struggle, the field of engagement, where we can learn the root causes of our challenges and be equipped with the weapons of our warfare to fight what the Scriptures and Tradition refer to as the "world, the flesh and the devil."

The "world" in this meaning is NOT referring to the created order. Creation is good and given to us as a gift. Rather, the "world" refers to the system which has squeezed the primacy of the Creator out of daily life. When we succumb to its seduction we give ourselves over to the idolatry of self.

The "flesh" is not our body - which God fashioned and which will be raised from the dead, made glorious by the Resurrection. Remember, the Word became flesh and was raised BODILY from the grave. Jesus was the "first fruits" and we too will be raised in Him. Rather, the "flesh" refers to the disordered appetites which are one of the bad effects of sin at work within us.

The "devil" is not some figment of our imagination, but a malevolent fallen angel who, just as He tempted our first parents and tempted the Lord, now tempts us. These 40 Days of Lent are a classroom in which we learn to conquer the "world the flesh and the devil" so as to live differently, beginning now.

The Author of the letter to the Hebrews reminds us, "we have not a high priest who is unable to sympathize with our weaknesses, but one who in every respect has been tempted as we are, yet without sin."  (Heb. 4:15) Jesus, the Word made flesh is our Model. The temptations He engages in the desert are the prototype of all of the challenges we face as we respond to the continuing call to conversion. After all, the Christian vocation is just that - a continuing call to conversion. We respond to the Lord's invitation.

The first temptation Jesus faced was to His identity. After all, he IS the Son of God! We, through our Baptism, have also now become Sons (and daughters) of the Father in Him. The next temptation was to idolatry. We regularly commit the horrid sin of idolatry, succumbing to its lies almost on a daily basis.

Like the Christians in ancient Rome, we live in an age which has "exchanged the truth of God for a lie, worshiping created things rather than the Creator. (Rom. 1:25) Finally, there was the subtle but deadly temptation to violate integrity, to use the gifts and power of God improperly and put the Lord to the test. How clearly this poisonous serpent lurks in our daily life!

In each of these encounters with the Tempter, Jesus shows us the method by confronting the lies of the truth of God's Word. He is the Living Word, and we, through our Baptism, now live our lives in Him.That is why I say we enter the desert IN Him. We do this by living within the communion of the Church which is His Risen Body on earth. The Church is not some-thing but Some - One.

There in the Church, living in the Lord, we find the resources we need to grow in holiness and struggle against the lingering effects of sin. There we embark on the journey of holiness, becoming what the Scriptures call "perfected" or completed in Jesus Christ. His Divine Life (Grace) is mediated to us through the Sacraments, in the Living word and the communion of love in which we now live.

We are invited during these 40 days to take every gift, every grace, offered to us. We are invited to learn to wield the weapons of prayer, fasting and almsgiving. By these practices we grow in freedom by putting away the "old man/woman" and putting on the "new man/woman", created anew in Jesus.

It is Jesus in his Sacred Humanity who fully reveals that new man. He is the model, showing us the method. However, in His Divinity He is Himself the Means. In Him we are redeemed. We are also capacitated to grow in holiness and virtue by overcoming temptation. Through His Saving Life, Death and Resurrection, he makes it possible for us to live new lives, in Him - beginning now and leading into eternity.

Too often we forget that sin is a wrong choice, an "abuse of freedom" (See, Catechism of the Catholic Church # 1731- 1739, 386 - 402). We were created in the Image of God and at the very core; the heart of that Image is the capacity to freely choose to respond to his loving invitation to communion with Him.

From the first sin, the original sin, onwards, every sin is an abuse of that freedom and leads us into slavery. However, as the Apostle Paul reminds the Galatians, "It was for freedom that Christ sets us free"! (Gal. 5:1) Our freedom has been fractured and the Cross is the splint which, when applied in our daily lives, restores our capacity to live freely!

In his homily on Ash Wednesday in 2010, Pope Benedict XVI sketched for the faithful the portrait of this Holy Season as he reflected on the 40 Days that Jesus spent in the desert on our behalf:

"That long time of silence and fasting for him was a complete abandonment to the Father and to His plan of love. Going into the desert meant voluntarily exposing himself to the enemy's attacks, to temptation.entering into battle with him on the open field, defying him without any weapon other than his infinite trust in the Father's omnipotent love.

"Adam was expelled from the earthly paradise, the symbol of communion with God.... Now, in order to return to that communion and thus to eternal life we must pass through the desert, the test of faith. Not alone but with Jesus who proceeds us and who has already conquered in the fight against the spirit of evil. This is the meaning of Lent, the liturgical time that, each year, invites us to renew our decision to follow Christ on the path of humility in order to participate in his victory over sin and death".

Let us choose enter into the desert, in Jesus. Let us welcome Lent by embracing its way of voluntary sacrifice, of fasting, prayer and almsgiving. Lent is a path to Freedom.