Second Sunday of Lent: Living in the Transfiguration, Right Now

Let us enter more deeply into the mystery by living in the Transfiguration now.

The Lord Jesus has also shown us the way up the mountain, inviting us into a new way of living in Him through living within the communion of the Church. Transfiguration begins right now and continues. 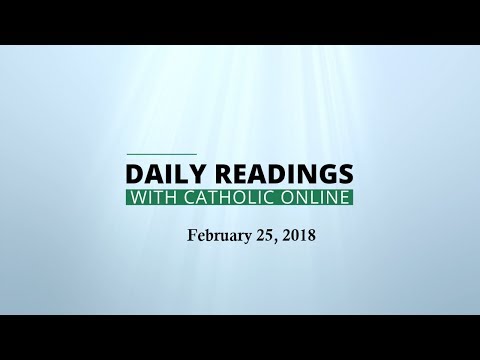 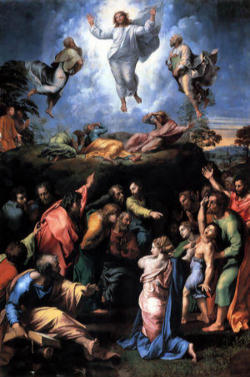 TYLER, TEXAS (Catholic Online) - "Jesus took Peter, James, and John his brother,
and led them up a high mountain by themselves. And he was transfigured before them; his face shone like the sun and his clothes became white as light.And behold, Moses and Elijah appeared to them,conversing with him..." (Matt 17)
Why, on the second Sunday of Lent does the Church offer us an account of the Transfiguration during Holy Mass?

The inclusion of this account is an ancient liturgical practice. We also hear the account proclaimed on the Feast of the Transfiguration of the Lord. Whether during Lent or on its own Feast, it is meant to focus us on the "end" of the Christian life and vocation."End" in the philosophical and theological sense means purpose or goal. We will all be transfigured, as the Lord Himself was transfigured, when our redemption is complete in the Resurrection of the Body. Then, we will live in the new heaven and new earth. This reality is meant to affect the way we live our lives beginning right now. It also opens up for us another insight into the purpose of our ascetical practices during these forty days.

From the earliest centuries, the Christian Church emphasized the centrality of the Transfiguration of the Lord. Our experience of our life in the Lord - and in His Church - is only the beginning of what is to come in the kingdom. Our life is already a participation in that new reality. The Church, in the words of the Fathers of the Second Vatican Council, is a "seed of the kingdom" to come. Our life within the Church is a participation in the eternal realities of the life to come in a new heaven and a new earth - but it begins in the here and now.

The Transfiguration account on this Second Sunday of Lent invites us to reflect on what this all can mean for us - right now. This event on the Mountain was meant to strengthen the faith of these three disciples. They were about to witness the events that would lead their Lord and Master along what would appear to be an ignominious path, up Golgothas lonely hill, to be crucified, a fate reserved for common criminals. Their own faith would be shaken, tested and tried. He loved all who were His own in this world (John 13:1). Yes, as so many beautiful writings in the Tradition remind us, the Lord wanted to encourage them - and to encourage us.

However, this One who came from eternity and took upon Himself the limitations of time, was about to open the portal of eternity. He would reveal to Peter, James and John the eternal now of His own glory. He was doing so much more than simply encouraging them. He was showing them who He was - and who they would become in Him. He was revealing to them what had already begun; and giving them a vision that would forever change the way they viewed themselves, their daily lives and their mission, after He would return to the Father.

As they lived their lives no longer for themselves but for Him they began to undergo their own trials and walked the way to their own transfiguration. This is the path of all who bear His name. We entered through the waters of the womb of Holy Baptism into the life of the Church which is His Body. We are "in process", works "in progress". We are being re-created and transfigured in Him. He has brought heaven to earth and earth to heaven, through the Paschal mystery. Oh, I know, this is "heavy" stuff as we used to say. But it is the Gospel message and the Catholic faith.

On that Mountain, Jesus revealed before mortal eyes the Transcendent Truth of who He is - and who Peter, James and John ...and each one of us - will become in Him. They were invited to exercise their freedom and embrace the path that He had prepared. So are we, right now. He was grounding them in the eternal Truth, and opening up for the countless millions who would hear this story from their faithful witness a glimpse of the Glory that is to come as we also choose Him in our daily lives.

Peter would later write of this experience: "His divine power has bestowed on us everything that makes for life and devotion, through the knowledge of him who called us by his own glory and power. Through these, he has bestowed on us the precious and very great promises, so that through them you may come to share in the divine nature, after escaping from the corruption that is in the world because of evil desire. For this very reason, make every effort to supplement your faith with virtue, virtue with knowledge, knowledge with self-control, self-control with endurance, endurance with devotion, devotion with mutual affection, mutual affection with love....

We did not follow cleverly devised myths when we made known to you the power and coming of our Lord Jesus Christ, but we had been eyewitnesses of his majesty. For he received honor and glory from God the Father when that unique declaration came to him from the majestic glory, "This is my Son, my beloved, with whom I am well pleased." We ourselves heard this voice come from heaven while we were with him on the holy mountain." (2 Peter 1)

The Christian vocation is a "participation in the Divine Nature."  We are being transfigured in Christ. This transfiguration will only be complete when the entire person, including the body, is fully redeemed and transformed. The effects of the transfiguration involve the entire created order; it too will finally be reconstituted in Jesus Christ and handed back to the Father. The followers of Jesus, the Transfigured One, now walk in His Way and are being transformed into His likeness.

The Beloved Disciple John used this event of the Transfiguration as a "hermeneutic", a lens through which he gave the early Christians a deeper insight into their difficulties, struggles and mission. In his first Letter to the early Churches, he encouraged them to persevere and live differently by referring to the event that occurred on that Mountain. He encouraged them to not be surprised or discouraged that the "world" did not recognize them, but rather to persevere in love through holding the vision of a transfigured life before them:

"See what love the Father has bestowed on us that we may be called the children of God. Yet so we are. The reason the world does not know us is that it did not know him. Beloved, we are God's children now; what we shall be has not yet been revealed. We do know that when it is revealed we shall be like him, for we shall see him as he is. Everyone who has this hope based on him makes himself pure, as he is pure." (1 John 3)

The Lord Jesus has shown us the way up the mountain. He has invited us into a new way of living in Him through living within the communion of the Church. Living in that Church we are invited to go into the world and invite all men and women, through the waters of the womb of Baptism, into the new communion of love where they can begin the process of conversion and transfiguration. Born again, we are all invited to join with Peter, James and John and cry out in our day: "It is good for us to be here."

Deacon Keith Fournier serves as General Legal Counsel and Director of Deacon Formation for the Diocese of Tyler, Texas, under Bishop Joseph Strickland. He is also the Dean of Catholic Identity for the Bishop Gorman Catholic School.