Free World Class Education
FREE Catholic Classes
Claiming to worship Christ as the universal King automatically excludes certain attitudes and postures for the Church and requires yet others. Permit me to highlight but a few.

My dear friends, you and I must become convinced of the rightness of the author of the Epistle to the Hebrews that - we have here no lasting city.  And so, we seek a Kingdom which is yet to come, to be sure, all the while gaining glimpses of that coming Kingdom in and through our life in the Church - most especially when we gather to offer the Eucharistic Sacrifice, wherein we meet Him Who is both our King and our High Priest.  In awe and with longing for the final consummation, we pray: Adveniat regnum tuum [Thy Kingdom come].  Veni, Domine Jesu [Come, Lord Jesus]. 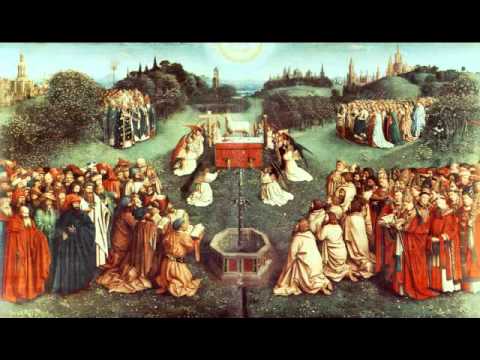 ROYERSFORD, PA. (Catholic Online) - Bring this scene back to your mind's eye:

An unassuming Jewish carpenter and rabbi seems to stand on trial before the personal representative of the most powerful ruler ever to govern men.

What the sniveling, anti-Semitic Pilate cannot even begin to grasp is that he and the King of the Universe are engaged in a face-off in which he himself is really on trial before the would-be Defendant, the One Who came to establish that Kingdom proclaimed and foretold by the Prophets of old - a Kingdom in which the vision of Daniel would become a reality and where ethnic strife and division would have no place as the Son of Man received that sovereignty and empire which shall never pass away or be destroyed.

As we enter into this end-of-year celebration of the liturgical cycle, we might well reflect on what the Church would have us consider on this glorious Solemnity of Christ the King, which causes us to differ with T. S. Eliot who asserted that the world would end "not with a bang but a whimper."

Christ the King comes to us out of the history of His own people, and so we look back on notions of kingship in ancient Israel.  While most moderns tend to identify biblical Israel with kings like Saul and David, they seem to forget - if they every knew - that the establishment of the monarchy was a grudging concession on the part of the God of Israel.

As the Israelites grew in strength and prestige and began to relate to other nations, they gradually came to desire to be like those nations in all too many ways - and one of those was in terms of national governance.  And so, the people ask and then demand of Samuel that he give them a king, so that they can be more like the pagans among whom they found themselves.

But why, you ask, does Samuel resist, apparently reflecting the divine view of things?  Because when God formed His Chosen People into a nation, it was clearly understood that God alone would be their King; any other human ruler would be a mere "stand-in" for the one and only Monarch, Who was equally the one and only God.

But God gave in, in a manner of speaking, to the insistence of His People - as He often does in salvation history - allowing them and us to choose our own defective brand of happiness and security over His superior plan and thus do we learn, the hard way, that God does really know better.

Or, as Dante put it, "in His Will is our peace."  The old Israelite skittishness about a monarchy, then, was a healthy instinct, fostered by Divine Revelation, namely, that men must always avoid the idolatry of politics.  And today's feast serves up the self-same salutary reminder for us who have endured and survived a brutal and disappointing national election, doing so as willing and loving subjects of none other than Christ the King.

Claiming to worship Christ as the universal King automatically excludes certain attitudes and postures for the Church and requires yet others.  Permit me to highlight but a few.

First, the Church can never become directly involved in the affairs of state, much less sprinkle holy water on any political, social or economic system, even appearing to offer incense before the altars of these false gods.  If history teaches us anything, it is that the Church has always been the loser when she has become too closely allied to governments or revolutions - and that means that Christ has also been a loser in the process.

The Church, taking her cue from her Sovereign, must echo His words: "My kingdom does not belong to this world."

Second, this hands-off approach to politics does not mean, however, that the Church is unconcerned about the things of this world; it does mean that she proposes moral norms and standards which guide her children in seeking to refashion the City of Man more and more into the City of God.

This happened because the Pope was bearing witness to the truth, which is the most powerful weapon anyone can brandish; he was speaking for the One Who was Truth Incarnate in an era of lies, indeed on behalf of the One Who is the King of Kings in an age when royalty is perceived as something quaint, if not jaded.

Third, today's liturgical celebration bids us recall that Stalin's cynical question, "How many divisions has the Pope?" was but a latter-day rephrasing of Pilate's similarly cynical, "What is truth?"  The fact of the matter is that it is not for the Pope alone to represent absolute truth and moral norms; it is the obligation and privilege of every baptized member of Christ's holy Church to do so in the daily circumstances of one's life.

How important, then, for committed Catholics to have the courage of their convictions to make bold proclamation in defense of human life and the sacredness of the family, speaking the truth without fear of public opinion and refusing to be silenced out of concern to be part of the tapestry of a culture of death and violence and dehumanization.

How important for committed Catholics to put their vote where they say their values are.  Such situations, my dear people, would definitively answer Stalin's question and let the world know that we Catholics are serious about living under the banner of Christ the King and dedicated to bringing to life the Kingdom promised by the prophets.

The Kingdom of God, whose full coming we await with all people of goodwill, does not come about according to the precise manipulations or calculations of man.  It is ultimately God's doing and not ours; therefore, it is mysterious and out of keeping with our normal ways of doing business.  This is what the monk and poet Thomas Merton had in mind when he penned the following:

I hear a Sovereign talking in my arteries
Reversing, with His promises, all things
That now go on with fire and thunder.
His Truth is greater than disaster.
His Peace imposes silence on the evidence against us.

At the same time, it is humbling to realize that God does depend, as it were, on human cooperation to accomplish His great purposes.  And so, an essay of Merton is equally instructive on this dimension.  He says:

The world was created without man, but the new creation which is the true Kingdom of God is to be the work of God in and through man; it is to be the great mysterious, theandric work of the Mystical Christ, the New Adam, in whom all men as "one Person" or one "Son of God" will transfigure the cosmos and offer it resplendent to the Father.

Here, in this transfiguration, will take place the apocalyptic marriage between God and His creation, the final and perfect consummation of which no mortal mysticism is able to dream and which is barely foreshadowed in the symbols and images of the last pages of the Apocalypse.

No, God's ways are not our ways, and thank God, for our schemes are all too often so short-sighted.  The nineteenth-century poet George MacDonald exposes this truth when he writes:

They were all looking for a king
To slay their foes, and lift them high;
Thou cam'st, a little baby thing
That made a woman cry.

Yes, God comes to achieve His noble designs in paradoxes, urging us to see His power in a new-born Child and in a crucified itinerant Preacher.  And this age, like every one which has preceded it, scoffs at such suggestions, thus missing out on the promises and their fulfillment.

This last Sunday of the Church's year, Janus-like, opens onto the first Sunday of the new year with Advent as our minds and hearts are fixed once more upon the end-times which usher in the beginning of a new heaven and a new earth.  In the interim, you and I are called, in the words of Pope Paul VI, to lay the foundations for a "civilization of love," one which is rooted in the truth of Who God is and Who man, made in the divine image, is intended to be.

All of this puts us in mind of those wise and insightful lines of the Fathers of the Second Vatican Council in Gaudium et Spes: "Without the Creator, the creature vanishes" [n. 36].

My dear friends, you and I must become convinced of the rightness of the author of the Epistle to the Hebrews that "we have here no lasting city."  And so, we seek a Kingdom which is yet to come, to be sure, all the while gaining glimpses of that coming Kingdom in and through our life in the Church - most especially when we gather to offer the Eucharistic Sacrifice, wherein we meet Him Who is both our King and our High Priest.

In awe and with longing for the final consummation, we pray: "Adveniat regnum tuum" [Thy Kingdom come].  "Veni, Domine Jesu"[Come, Lord Jesus].