Free World Class Education
FREE Catholic Classes
The Third Millennium is a new missionary age. We are missionaries being sent into the Mars Hill of this age.

During the days between the Easter and Pentecost, our readings at Mass take us back to the missionary exploits of the nascent Christian Church. They also help us to understand and put into perspective the mission of this present hour.  Paul's manner in the Aereopagus, a place where the men of Athens met to debate the meaning of life, can instruct us in our missionary task. I encourage Christians to stop viewing this time in which we live as post-Christian. There is nothing we face in this collapsing Western culture which Christians have not faced before. 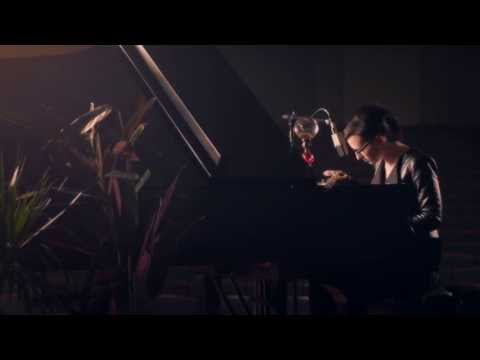 CHESAPEAKE, VA (Catholic Online) - During the days between the Easter and Pentecost, our readings at Mass take us back to the missionary exploits of the nascent Christian Church. They also help us to understand and put into perspective the mission of this present hour.

This week we heard of the Apostle Paul's missionary encounter in Athens, where he preached "Jesus and the Resurrection" to all who would listen. Some Athenians, philosophers, brought Paul to the Areopagus on Mars Hill, where he was asked to explain the faith which he professed.

So Paul, standing in the middle of the Areopagus, said: "Men of Athens, I perceive that in every way you are very religious. For, as I passed along, and observed the objects of your worship, I found also an altar with this inscription, 'To an unknown god.' What therefore you worship as unknown, this I proclaim to you. (Acts 17:22, 23)

Paul, formerly known as Saul, became a follower of Jesus and His "Way". This term, "the Way", was used to describe the early Christians before they were even called Christians at Antioch. (Acts 11:26, 22:4) Paul embraced this faith after severely persecuting the early Church. Keep that in mind as we face increasing hostility in the days ahead.

From the moment of his encounter with the Risen Christ - which is recounted in three places in the Acts of the Apostles - he sought to tell everyone who would listen to Him the Good News. This is what the word "Gospel" means.

Paul's manner in the Aereopagus, a place where the men of Athens met to debate the meaning of life, can instruct us in our missionary task. I encourage Christians to stop viewing this time in which we live as post-Christian. There is nothing we face in this collapsing Western culture which Christians have not faced before.

Western culture has rejected its Christian foundations. It is now Pre-Christian. Our task is to engage the Mars Hills of our age.  Paul gives us a model for our missionary vocation.  Let us consider some of the applications which this encounter presents to us.

Paul did not compromise the Gospel or alter his message. However, he showed respect and courtesy for his listeners as he proceeded to proclaim the fullness of the Gospel of Jesus Christ. We must learn how to do the same thing.

Paul saw in the Athenians a genuine hunger for the true, the noble and the good. He did not rail against them but lovingly presented the Gospel without compromise, while respecting their dignity.
We should ask the Holy Spirit to give us the capacity to see the genuine hunger in the hearts of our own interlocutors, as we respond to the invitation of this hour to share the Gospel.

Paul knew there is a hunger in the heart of every man and woman for God and for truth which only God can satisfy. We must recognize that fact as well - and let it burn within us. Blaise Pascal referred to it as a "God shaped vacuum" and the Bishop of Hippo, Augustine, expressed it in his Confessions, where he recounts his own journey to the Catholic faith, in these words, "You have made us for yourself, O Lord, and our heart is restless until it rests in you."

The Third Millennium is a new missionary age.  We are missionaries being sent into the Mars Hill of this age.The contemporary West is not unlike the cultures that Christians in the first few centuries encountered.

Our task is to present the fullness of the Gospel message as the answer to every human longing and the path to the fullness of life. We must give away freely what has been given to us freely, the love of God made fully manifest in Jesus Christ.

We are facing many challenges. However, we also have many points of intersection where we can engage the men and women of the modern Aereopagus. Let me touch on three, relativism, relationship and freedom.

In a homily (sermon)  delivered right before he was be chosen to succeed the late Saint John Paul II in the Chair of Peter, Pope Emeritus Benedict XVI, then Joseph Cardinal Ratzinger, referred to Western Culture as being  under the influence of a "Dictatorship of Relativism".

Relativism is an ideology which claims there are no objective truths which can be known and by which we can guide and govern our life. Rather, that everything is "relative".

The echo of this error resounds every time we hear the notion that there is "your truth" and "my truth". In short, to the proponents of relativism, there is no objective truth.

Christianity is the only real response to the emptiness of relativism.

It claims that there is truth - and that it can be known.Jesus Christ, the Second Person of the Blessed Trinity, the Incarnate Word of God, is the "Way, the Truth and the Life" (John 14:6).

It proclaims that we find the fullness of what it means to be a human person in Jesus Christ. In Him, we find the way to authentic freedom and flourishing.  Further, Jesus Christ reveals who we can become, by cooperating with the free gift of God's grace.

The Bishops of the Catholic Church at the last ecumenical Council called Vatican II, in a teaching document on the Church called Gaudium et Spes (Latin for "Joy and Hope"), wrote these words:

The truth is that only in the mystery of the incarnate Word does the mystery of man take on light. For Adam, the first man, was a figure of Him Who was to come, namely Christ the Lord. Christ, the final Adam, by the revelation of the mystery of the Father and His love, fully reveals man to man himself and makes his supreme calling clear.

We are, by both nature and grace, called into relationship. Our first relationship is the family. The Church is God's family. The early Christians would never have considered proclaiming a church-less Christianity.

Here are just a few quotes which confirm this essential participation in the Church as integral to the full Christian message, from some early Christian leaders:

"No one can have God as his Father who does not have the Church as his Mother" (St. Cyprian)

The Church is God's plan for the whole human race. Participation in the Church is not an optional extra, but part of the Gospel message. The Church is the place where we live our lives "in Christ" - for the sake of the world. To belong to Jesus Christ is to belong to His Body. He is the Head.

Finally, there is freedom. The culture into which we are sent on mission has embraced a counterfeit notion of freedom. The men and women of our modern Athens are fashioning the chains which deny them the freedom for which they long. They are giving free reign to disordered appetites and rejecting the existence of objective moral truth .

The capacity to make choices is constitutive of our being human persons and reflects the Imago Dei, the Image of God, present within us. However, though we may have the freedom to choose, our choices not only change the world around us, they change us. What we choose determines who we become.

The Fathers of the Second Vatican Council wrote in a document on the Mission of the Church: Authentic freedom is an outstanding manifestation of the divine image within man. (GS #17) Choices have consequences. The Catechism of the Catholic Church addresses human choice, action and freedom in these words:

The more one does what is good, the freer one becomes. There is no true freedom except in the service of what is good and just. The choice to disobey and do evil is an abuse of freedom and leads to "the slavery of sin". (Cf. Rom 6:17) (CCC#1733)

Freedom is never found - and it can never grow- when choices are made against God and the Truth which He reveals. The New Testament is filled with examples of the connection between what we choose and who we become. Two will suffice. We become adulterers when we look at a woman with lust (Mt. 5:28); what comes out of our heart.

The heart is the biblical center where freedom is exercised, human choices are made and character is formed through choice) is what makes us unclean (Mk 7:14-23). St. John 8:32 records these words of Jesus concerning this connection between freedom and truth,

Jesus then said to those Jews who believed in him, "If you remain in my word, you will truly be my disciples, and you will know the truth, and the truth will set you free."

Freedom is only found in a relationship with the God who is its source. When we choose the truth which He reveals, we find the freedom for which we long. These are three meeting points where we can engage in this modern Athens; three places where we can dialogue on the Mars Hill of our new missionary age.