Solemnity of the Epiphany of the Lord: As the Magi Seek, So Should We

Free World Class Education
FREE Catholic Classes
Epiphany refers to the manifestation of Christ to the Gentiles represented by the magi. 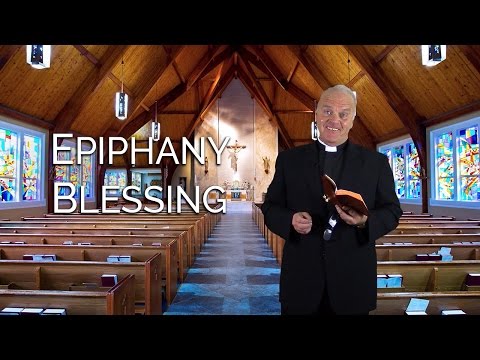 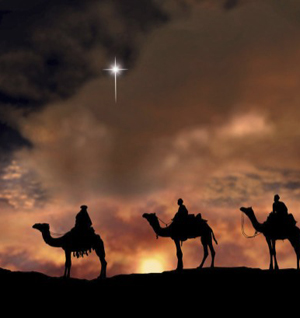 GLADE PARK, CO (Catholic Online)--There is something special about the Solemnity of the Epiphany of the Lord. We are reminded on this day as we celebrate this solemnity within the context of the divine liturgy that the Son of God came for all people, Jew and Gentile alike. His saving love is available to everyone, everywhere, in whatever state of life they may find themselves. There is no one outside of God's thirst for love.

In comparing and contrasting these three figures, we can learn an important lesson about how to live our life.

The Word became flesh out of boundless love for humanity, that we may have life and have it abundantly (Jn 10:10).

Herod, on the other hand, displayed by his actions something of an entirely different sort. When we think of Herod, we think of tyrants who left terrifying scars on human history--men such as Stalin, Hitler, Mao Zedong (Mao Tse-tung), and Ivan IV "the Terrible," to name only a few.

Herod the Great was part of a non-Jewish (Edomite) family that held political favor with Rome. He first ruled Galilee and then all of Palestine. He took power in Jerusalem in 37 B.C., and was later appointed "king of the Jews" by the Roman Senate in 40 B.C. to replace the collapsing dynasty of Jewish priestly rulers. He held on to his throne until death. He is credited with initiating and completing extensive building projects, of which the renovation of the Jerusalem Temple, which he rebuilt and expanded, is the most well known.

Herod was disturbed by the "star" the magi followed because it recalled Old Testament prophecy about the Messiah. In Numbers 24:17, we read Balaam's prediction: "a star shall come forth out of Jacob, and a scepter shall rise out of Israel." Herod was troubled by this prophecy, since he was an Edomite and knew the same oracle foretold disaster for his family: "Edom shall be dispossessed" (Num. 24:18).

Herod's unrelenting fear was the loss of his power. That a newborn king had been born was an intolerable threat. With typical worldly maneuvering, Herod seeks to stamp out Jesus and thus yet again secure his political position. As we know, he ordered the death of the Holy Innocents in an attempt to rid himself of this perceived threat. However, Jesus was not the least interested in temporal thrones, worldly power or amassing perishable riches. He wishes not to take anything from Herod. On the contrary, Jesus wants to give something to Herod, something Herod cannot possibly win in any political power-play.

Jesus came to give himself and therefore his kingdom to others. But this is a type of kingdom Herod apparently could not fathom. This kingdom is not of the world. It cannot be taken by force, coercion or political intrigue.

Herod is infamous for his ruthlessness and single-minded devotion to wiping out his enemies, whether friends or family or anyone else who threatened his throne. History records that Herod murdered his favorite wife and three of his sons.

By worldly standards, Herod was the accomplished political survivor; the powerful ruler who would do whatever it takes to maintain his high seat in his own country. Given his building projects, the restoration of the Temple, and his ability to outmaneuver his opponents, some in his time likely saw him as a visionary.

But he was not.

The magi were likely astrologers from Persia who were interested in an extraordinary "star" that appeared shining over the location of the infant king of the Jews. However, it was not merely the "star" that caught their eye. For Someone had first caught their hearts.

While Herod was murderously holding on, the magi were wisely letting go.

They were watching and waiting not with intent to murder, but intent on finding new hope and new life. They were surveying the night sky not to insulate themselves but to open themselves to the Divine Other who is himself the source of life. The magi were looking not merely for a sign from God, but rather for Christ himself, who is the Word made flesh and the perfect image of the Father. Moved by the promise of what they perceived in the heavens, they left their country behind in search of not merely a star, but THE STAR.

Herod is looking for the wrong things, searching in the wrong places, destroying to shore-up his political position, conspiring to annihilate perceived opponents. But the magi take the humble, submissive and wise approach. They seek what is right and true and beautiful. They journey in search of the good, the wondrous, the ultimate. They head out into the dangerous night, risking their lives in search of Divine Light.

The magi are the visionaries.

The star they saw was a sign for all people. It is high and in full view. Its light shines down upon the real Star, Jesus Christ, who came to heal, elevate and restore humanity. The light of Jesus Christ, represented by the star over Bethlehem, illuminates the mystery of man, points the way, and reveals the path to salvation and eternal life.

While one day the Star will give up its life for many, its Light will never fade.

It's important to ask yourself, "What type of journey am I on?" Who or what do I pursue? What am I willing to leave behind, what am I willing to risk to find God? Am I surveying the night sky to gain power, or to survive in a fallen world, or to live forever in eternal communion with God, held securely in his loving embrace?

Perhaps you once sought but no longer. Perhaps the evanescent lure of the world has deflected you from the journey of illumination in Christ, and forced you off course by your own consent toward the path of darkness. Perhaps your vision has become clouded. If so, turn to the Newborn King, whose vision heals and clarifies and restores; turn to Christ whose love heals and gives sight to the blind, bringing light to those who before could not see.

Jesus Christ is THE VISIONARY. His journey is the one to follow. Christ is the Star whose divine light gives meaning to our lives and completes our journey.

In Jesus' vision, there is eternal life for humanity; within this divine vision of love, we will be made like him, for we shall see him as he is (1 Jn 3:2). The Son of God became man that we might become like God.

There is no greater vision.

St. Leo the Great wrote: "Christian, recognize your dignity and, now that you share in God's own nature, do not return to your former base condition by sinning. Remember who is your head and of whose body you are a member. Never forget that you have been rescued from the power of darkness and brought into the light of the Kingdom of God."

After the magi visited Jesus, they are warned in a dream not to return to Herod, and "departed for their country by another way" (Mt 2:12).

An encounter with the true King of the Jews changes us forever. We might travel back to our country, but it's no longer the familiar home. We might again inhabit old places, but we no longer truly live there. Perhaps we go back to work, to school or to college, but we are different; things are different. The old self is left behind, the new self journeys onward into the new night devoid of darkness. The illumination of the Star guides our every step and movement; the way is no longer uncertain; we are no longer alone. Life is new. We have found an unwavering and certain security in the Light who is Jesus Christ and the Star who infinitely loves.

Life becomes lively, exhilarating and joyful even in the midst of suffering. We become truly free.

In an encounter with the true Visionary, we do not simply embrace his vision but become part of it. We become one with him.