'They key is not to fight, but just to bear witness': How to preach Advent

The season of Advent, and the entire cycle of the liturgical year, is vital to remaining rooted in the true mission of the Church, Archbishop Joseph Augustine Di Noia, O.P., adjunct secretary of the Congregation for the Doctrine of the Faith, told CNA. 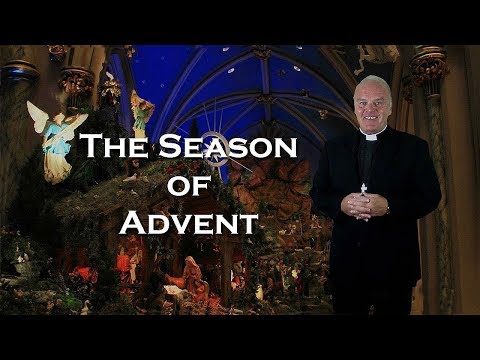 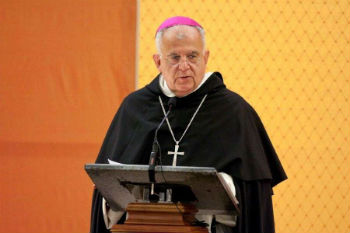 Washington D.C., (CNA) - The season of Advent, and the entire cycle of the liturgical year, is vital to remaining rooted in the true mission of the Church, Archbishop Joseph Augustine Di Noia, O.P., adjunct secretary of the Congregation for the Doctrine of the Faith, told CNA.

Di Noia spoke to CNA Dec. 4 about his newly-released book, "Grace in Season: The Riches of the Gospel in Seventy Sermons" which was published Nov. 15 by Cluny Media.

"The theme of the book is that the preacher should realize that the liturgical year is a unit that is repeated every single year, and it starts with Advent and finishes with Pentecost," said Di Noia. The book, a collection of Di Noia's own sermons, is organized by the liturgical seasons.

The combined readings--the prayers, the preface, and everything said at Mass-- form "a story that you fit into. The liturgy is the key, the entree to it," he said. By repeating this liturgy in the liturgical year, "we become like Him," said Di Noia. "That's the unspoken premise of the book."

The liturgical year, he said, is support for the faith similar to a sacramental, and is the "fundamental pattern of Christian spirituality" that is configured to Christ. Preachers, he said, should look to the lectionary and the Sunday readings first and foremost when deciding what they will preach to their homilies.

"And each season," he said, "has a particular grace. So Advent is the grace to realize the complete gratuity of grace."

In the middle of a secularized holiday season, the archbishop said it was important to remain rooted in the true meaning of the time. In the present culture, where the true meaning of Advent as a season of somber preparation is largely discarded, Di Noia said that the best approach to respecting the liturgical season is by hunkering down and living a Christian life in spite of everything.

"We can't change the culture," said Di Noia. "You just have to maintain [a devotion to Advent]. It's an effort and it requires a certain amount of discipline to concentrate on Advent."

"People say, 'Let's put Christ back into Christmas.' I say 'who took him out?' Who could take him out?"

Reflecting on the Advent practice of looking towards the second coming of Christ, Di Noia said that it is key to remember why exactly it was that Christ came to earth.

"Christ did not come for the resolution to [societal] problems," said Di Noia. "He came to confront the sin in the human heart, directly. He didn't try to do something superficially."

Had Christ been born as the son of someone prominent, such as an emperor, that would have undermined his purpose and  "would have confirmed us in our belief that we can deal with sin [...] and that there are human ways we can dissolve it."

"In the end, without the passion, death, and resurrection of Christ, sin is intractable. It cannot be cured," he said.

In his current role at the Congregation for the Doctrine of the Faith, the Vatican department charged with guarding Church discipline in faith and morals, Di Noia is not ordinarily permitted to speak publicly on the nature of his work. But, he told CNA, his day job has not stopped him living out the Dominican charism of teaching and preaching.

The collection of sermons, said Di Noia, "is a way of evangelizing" which was suggested to him by a fellow Dominican friar in Rome.

The majority of the 70 homilies picked for the book date from after his consecration as a bishop in 2009. Prior to this time, he said he did not typically write down sermons, and instead preferred to form a general idea and preach spontaneously from there. Once he began writing down sermons, he realized he could better craft his preaching and include quotes from the Church Fathers.

"I'm preaching all the time," he said, noting that he frequently lectures as well. His work in the CDF he categorized as "pastoral," while noting the tragic reality that the CDF is now mostly known for dealing with cases of sexual abuse by clerics.

Di Noia is acutely aware of how the abuse crisis has shaken the Church and the faithful, and in particular how it has changed the wider perception of the Church and of Catholics in society. For struggling Catholics, Di Noia offered a reflection on how Christ himself was treated leading up to his crucifixion.

"The profound significance of what the Church experiences in the world is that the suffering is the power of Christ," he said. Di Noia pointed to a passage from the Gospel of John, where it states "He came to his own and his own received him not."

"So that, in other words, the expectation that the message is not going to be palatable is the default position," he said with a laugh.

"They key is not to fight, but just to bear witness. It's very difficult," he said.