In Rochester, moms' group prays for vocations to come from among their families

A newly-formed group of Catholic mothers in Rochester, New York has committed to praying regularly for the flourishing of vocations from within their own families. 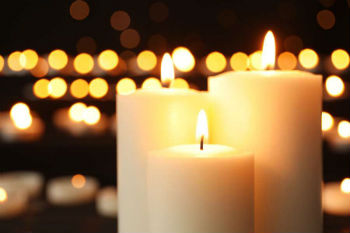 Rochester, N.Y., (CNA) - A newly-formed group of Catholic mothers in Rochester, New York has committed to praying regularly for the flourishing of vocations from within their own families.

"We have to pray for our kids, for their vocations, to hear God's call, what He's asking of them," said Janene Loughran, one of the organizers of the new Mothers of Lu prayer group in the Diocese of Rochester.

The idea began in June, at a picnic with families and seminarians in the diocese. Fr. Peter Van Lieshout, one of the co-directors of vocations for the diocese, told them about the Mothers of Lu in Italy, a group of moms in the late 1800s who would gather regularly in their small village and pray for priestly vocations to come from their own families. In the 65 years that followed, more than 300 priests and religious vocations came from among their children.

"[Fr. Van Lieshout] put it to the families at the picnic: Praying for vocations in general is great and we need to do that. [But] we also need to challenge ourselves to do more," Loughran told CNA.

Several of the moms reflected on the priest's words and felt strongly called to following the footsteps of the Mothers of Lu.

This initial reflection led to a desire to create their own local group of mothers, praying for the vocations of their children.

While the Mothers of Lu in Italy all lived in the same village and could easily meet at the local church each week to pray together, the moms in Rochester found themselves much more spread out. They decided to meet once a month for adoration and the Mothers of Lu prayer, and they promise to pray individually each week in front of the Blessed Sacrament. They also receive communion on the first Sunday of each month for the intention of having priestly and religious vocations from among their sons and daughters.

The women reached out within their own networks - the local homeschool, Catholic school, and Catholic mom communities - and the group grew through word of mouth. A few priests expressed interest as well, and ran bulletin articles about it.

Shauna Walczak, a local mother who is expecting her fifth child next year, was one of the women who helped create the group. She told CNA that following in the footsteps of the Lu Mothers is beautiful because "we are asking God and the Blessed Mother for a holy home where our children can be free to properly discern their vocations."

In addition to parents' natural responsibility to help their children get to heaven, she said, the recent scandals in the Church highlight the need to foster prayer and devotion to the Eucharist at the center of families and homes.

"In essence, we are not only praying for our children's vocations, but also pray for the healing of our communities through adoration and love of the Eucharist," she said.

The first meeting was held in July. After three months, the group now has about 40 members, from different parishes in the diocese. Some of the moms have young children, while others have children in college or older. One mom has a son who is currently a seminarian for the diocese. Several grandmothers also attend the prayer meetings.

"We're not expecting to see results in a month of a year. This is something that is going to take time and patience and trust," Loughran explained.

Loughran and Walczak both clarified that their goal with the Mothers of Lu group is not to discourage or downplay the vocation of marriage.

"We fully recognize that God has already determined their vocations, we are just clearing the path with our prayers to make their discernment easier," Walczak said. "It helps us as parents to have open hearts to whatever God's will is for their lives, and helps us to focus on making our homes Christ-centered."

"Everybody has a call. Everybody has a vocation. We're just supporting what that is and helping our kids them recognize that they do have a vocation, and it's important for them to listen to God," Loughran added.

She stressed that vocational discernment should be a part of every young adult's life, as they look to see where God is calling them.

"If they know that we will support them and we're going to encourage them through this - whether it's to be a priest, to be a religious sister, to be married - any of that really takes some time on their part to listen to God," she said. "And that's not something that kids do easily in today's society. I think they need the encouragement of their parents and friends."

"Having friends whose parents who are also praying for the same intentions helps them too, to create more of a community of support," she continued. "Somebody else is also discerning religious life or priesthood - you're not the only one. It just creates more support for the kids."

Loughran said she tries to create a family environment in which her six children - ranging from college-aged to a one-year-old - are intentional in thinking about vocations.

"Talking about it is natural. We have a lot of friends who are priests, we have uncles who are priests, it's a natural part of our family life," she said, adding that the family spends time with religious sisters as well.

In addition, Loughran said her family spends time together in adoration, "just teaching our kids how important it is to just set time apart in your life for the quietness to hear God, what he's asking of you."

Particularly with all of the noise and distractions in the modern world, she said, learning how to pray is a critical part of vocational discernment.

"There's nothing else like time in front of the Blessed Sacrament to hear what God is asking."

Similarly, Walczak and her husband try to foster a home environment that is supportive of vocational discernment. They talk with their children about the lives of the saints, and how different religious orders serve the Church and the world in different ways. They perform simple works of mercy together, such as visiting the sick, praying for the dead, and donating food to a local food pantry. They discuss the importance of having hearts open to God's will, and they regularly invite priests over to dinner, so that their children can see more closely the vocation of men who have given their whole lives to Christ.

Although it has only been a few months, Walczak said she already seen fruits from the Mothers of Lu group in her own family.

"Not only has it brought me and my husband closer to our Lord and challenged us to focus on our children's vocations, but our children are expressing their own desire to spend more time with our Lord," she said. "Our children see that my husband, Jonathan, and I have a love for the Eucharist, and that we desire to go to adoration often, just to spend time with Jesus."

Walczak said her daughters, ages 8 and 4, have been joining her a weekly "girls' night" at adoration when their schedules all allow.

"It has brought great graces to me to watch them be themselves with our Lord in the Eucharist, and to see them desire to pray and participate in adoration," she said.

Fr. Van Lieshout said that as a priest, he is encouraged and edified by the Mothers of Lu group.

"What I like most about this approach is that it is so much more than just praying for vocations," he told CNA. "Hopefully all faithful Catholics pray that Christ grant to his Church an increase in priestly and religious vocations. But these women are, in effect, saying to Our Lord: 'Let me and my family be a part of the solution, if it be in accord with your will. Change me and my family so that we can be generous in responding to the needs of the Church'."

He added that he sees in the Mothers of Lu a certain image of the Blessed Mother.

"Just as Christ the High Priest became Incarnate through the 'Fiat' of Mary, it seems to me that God, in a parallel way, can cause priestly and religious vocations to flourish through the generous prayers of a mother."