St. Elizabeth of the Trinity followed her vocation -will you?

Pope Francis acknowledged a miracle worked through the intercession of Blessed Elizabeth of the Trinity, a Carmelite nun of the 20th century, paving the way for her canonization likely later this year. 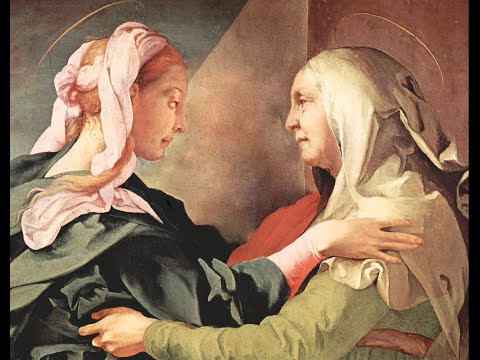 Vatican City (CNA/EWTN News) - "The Lord has chosen to answer her prayers for us.before she died, when she was suffering with Addison's disease, she wrote that it would increase her joy in heaven if people ask for her help," said Dr. Anthony Lilles, academic dean of St. John's Seminary in Camarillo.

Lilles earned his doctorate in spiritual theology at Rome's Angelicum writing a dissertation on Bl. Elizabeth of the Trinity.

"If her friends ask for her help it would increase her joy in heaven: so it increases Elizabeth's joy when you ask her to pray for your needs," he told CNA. "That's the first reason (to have devotion to her): the Church has recognized the power of her intercession."

Bl. Elizabeth of the Trinity was born in France in 1880, and grew up in Dijon close to the city's Carmelite monastery. Lilles recounted that when one time when Bl. Elizabeth visited the monastery when she was 17, "the mother superior there said, 'I just received this circular letter about the death of Therese of Lisieux, and I want you to read it.' That circular letter would later become the Story of a Soul; in fact, what she was given was really the first edition of Story of a Soul."

"Elizabeth read it and she was inclined towards contemplative prayer; she was a very pious person who worked with troubled youth and catechized them, but when she read Story of a Soul she knew she needed to become a Carmelite: it was a lightning moment in her life, where everything kind of crystallized and she understood how to respond to what God was doing in her heart."

Elizabeth then told her mother she wanted to enter the Carmel, but she replied that she couldn't enter until she was 21, "which was good for the local Church," Lilles explained, "because Elizabeth continued to work with troubled youth throughout that time, and do a lot of other good work in the city of Dijon before she entered."

Elizabeth wrote several works while there, the best-known of which is her prayer "O My God, Trinity Whom I Adore." Also particularly notable are her "Heaven in Faith," a retreat she wrote three months before her death for her sister Guite; and the "Last Retreat," her spiritual insights from the last annual retreat she was able to make.

Cardinal Albert Decourtray, who was Bishop of Dijon from 1974 to 1981, was cured of cancer through Bl. Elizabeth's intercession - a miracle that allowed her beatification in 1984.
The healing acknowledged by Pope Francis March 4 was that of Marie-Paul Stevens, a Belgian woman who had Sjögren's syndrome, a glandular disease.

In 2002 Stevens "had asked Bl. Elizabeth to help her manage the extreme discomforts of the pathology she had, and in thanksgiving, because she felt like she had received graces . she travelled to the Carmelite monastery just outside Dijon," Lilles said. "And when she got to the monastery, she was completely healed."

Lilles added that a second reason to have devotion to Bl. Elizabeth of the Trinity is because she died "believing that she had a spiritual mission to help lead souls to a deeper encounter with Christ Jesus."

"You could call it contemplative prayer, or even mystical prayer. She said her mission was to lead souls out of themselves and into a great silence, where God could imprint himself in them, on their souls, so that they became more God-like."

In prayer, he said, "we make space for (God) to transform us more fully into the image and likeness he intended us to become, but which sin has marred. Contemplative prayer is a means towards this transformation, and Bl. Elizabeth of the Trinity believed before she died that her spiritual mission would be to help souls enter into that kind of transformative, contemplative prayer, where they could become saints."

During her time in the Carmel of Dijon, Bl. Elizabeth found encouragement from the writings of St. Therese of Lisieux, particularly her "Offering to Merciful Love," a prayer found in Story of a Soul, Lilles said: "You find references to the Offering to Merciful Love throughout the writings of Bl. Elizabeth of the Trinity, it was probably something she herself prayed often."

"The second way that Elizabeth of the Trinity was influenced by Therese of Lisieux was a poem that St. Therese wrote called 'Living by Love'; in this poem Therese celebrates how the love of Jesus is the heartbeat, the deepest reality of her life, and because he lived to lay down his life for her, she wants to live to lay down her life for human love, which as the poem goes on, means loving all whom he sends her way, without reserve and all the way, giving people the generous love that we have received from Christ, sharing it with others."

"That idea deeply, deeply influenced Elizabeth of the Trinity and in fact inspired her own way of life and her own spiritual mission to help lead souls into mystical prayer," Lilles reflected. "She understood that the way she loved souls all the way was to help them find and encounter the Lord."

"So, the spiritual missions of Therese of Lisieux and Elizabeth of the Trinity coincide: great theologians like Hans Urs von Balthasar recognized that. And these spiritual missions have both greatly influenced the Church in the 20th and early 21st centuries in very powerful ways."

"I'm so glad that Elizabeth has been recognized for her part in building up the Church in the 20th century."