Free World Class Education
FREE Catholic Classes
'Food, music and folkloric dancing are important to a culture, and they tear down barriers.'

Bishop John Noonan spoke on the first of a two-day Hispanic vocations workshop sponsored by the National Conference of Diocesan Vocation Directors at a Immaculate Conception Seminary in Huntington, New York on October 29. Noonan spoke of the high number of Hispanics within the Catholic Church, but the low percentage of seminary students. 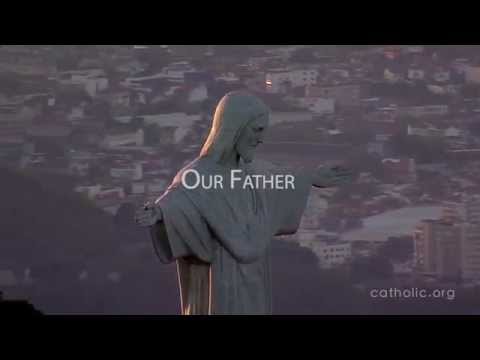 LOS ANGELES, CA (Catholic Online) - "What are we doing wrong?" Noonan asked the audience of the vocation workshop, after stating that of the 42 percent of the Catholic population, 50 percent are Catholics under the age of 35, but only 15 percent are seminary students.

Bishop Noonan urged his audience to look to Pope Francis' example of reaching out to Hispanic cultures. He claimed the pontiff's ability to speak Spanish was enough to make a difference within the Latino community and asked the Church to more thoroughly embrace multiculturalism.

He went on to describe his experience at two seminaries in the Archdiocese of Miami, where he was immersed in a culture entirely new to him. He described how the students were a mixture of Cuban immigrants and non-Hispanics who celebrated in a way that was "kind of extraordinary for Anglo." There were joyful sounds, physical and noisy liturgies and celebrations, leaving Noonan to add, "We never express our feelings in Ireland."

Noonan described the scene, saying, "People clapped at Mass, people swayed, people talked. It was all foreign to me. I embraced it and thoroughly enjoyed it."

Though Pope Francis is able to reach out to different cultures through his ability to speak more than one language, Noonan clarified it is not necessary to speak several languages or know the culture to care for people and reach out to welcome them.

Anglo parish pastors celebrate one weekend Mass in Spanish, but need to understand Hispanics "are not just using the church, it's their parish, too," Noonan said.

He continued, adding, "Food, music and folkloric dancing are important to a culture, and they tear down barriers. The experience of our faith is so limited sometimes that we don't understand what it is to celebrate multiculturalism."

Bishop Noonan clarified vocation directors and seminary faculty members need to dedicate more time toward reaching out and getting to know candidates as "Each has a story to tell." When directors and faculty reach out, they will "know as much about them as [they] can to set them up for success."

Rosemary Sullivan, the executive director of the National Conference of Diocesan Vocation Directors, claimed the small number of seminarians "symbolized a void" and asked, "Are there young men in the Hispanic community who have a calling and don't know how to internalize it or pray with that? The role of the vocation director is to be open to the movement of the Holy Spirit."

Though learning disabilities and poor educational backgrounds make it difficult for the Church to reach out to Hispanics, Noonan urged his audience not to "let laws, rules and regulations overcome [them]. We need to walk with our young men," he added, "and understand what they need. We need to give them the hope that it's important to let Christ into their life. Don't give up!"

The two-day workshop also included representatives from 15 dioceses and will be presented in California, Florida and Texas, Sullivan added.