Free World Class Education
FREE Catholic Classes
The move is a return to the ancient practice in Eastern Christianity, Catholic and Orthodox

The Bishop of the Melkite Eparchy of Newton, Massachusetts announced that the Melkite Greek Catholic Church in the United States would be ordaining married men to the priesthood. These comments raise significant questions of what the consequence of such a move might mean for this Eastern Catholic Church in full communion with Rome. 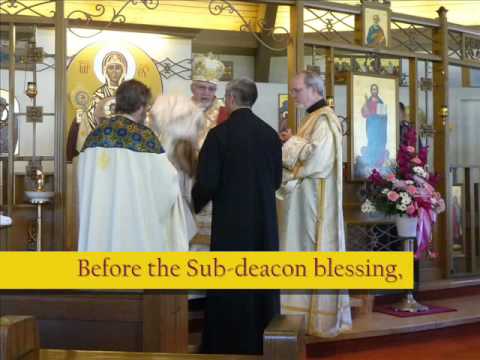 NEWTON, MA (Catholic Online) - During an August dinner speech, Bishop Nicholas Samra, Bishop of the Melkite Eparchy of Newton and Eparch of all Melkites in the United States made comments that the Melkite Greek Catholic Church would be ordaining married men to the priesthood.

These comments, recently published in the Melkite journal Sophia, has raised significant questions of what the consequence of such a move might mean for this Church, which is in union with Rome and struggling to maintain sustainable vocations to the priesthood.

Bishop Nicholas, the first American-born bishop in the Melkite Church, emphasized the need for encouraging vocations within the United States:

"We are grateful for our ancestors - priests and laity and bishops who came from the Middle East and brought us to where we are presently. But now we have come of age and we need priests from among our people in this American Melkite Catholic Church".

"God calls men and women to religious vocations. And I believe he also calls married men to the priesthood. We need to study this situation in our country and develop the proper formation for men who are truly deemed worthy of this call. The Deacon Formation Program is a good program; however is not the backdoor to the priesthood."

"Married men who are called to priesthood need the same formation as those celibates who are called. I have already discussed this issue with those involved in priestly formation and hopefully soon we can see the growth of properly formed married clergy. Of course there are also major financial issues to be looked at and we will embark on this also."

On first glance, some might view the Melkite Church as merely following in the same vein as that of the Anglican Ordinariate. However, the key difference with the Anglican Ordinariate in the Catholic Church, which allows for some former married Anglican priests to join the Catholic Church and be ordained to the Order of Deacon and then to the priesthood, is that it is viewed as an exception.

The Melkite Greek catholic Church is simply reaffirming the ancient practice in Eastern Christianity, Catholic and Orthodox, of choosing married AND celibate men for both the order of deacons and the Priesthood. Those chosen for the Episcopacy remain celibate. The practice had been curtailed in the United States.Bishop Nicholas is announcing his intention, after study and preparation, to make the practice normative in the United States.This is not an act of "dissent" of any sort. Rather, a resumption of an ancient practice.

Controversy is likely to arise over this announcement on a few counts. First, the Vatican's Congregation for Eastern Churches has not changed its approach to limiting the priesthood to celibate men as the norm, even in the Eastern Church, in the United States. There were a few past exceptions to the norm, but these have not been an indication of a new process for allowing married men to enter seminary formation on a normative basis. Whether or not this announcement will bring a reaction from the Congregation is unclear.

Similarly, there has been no recently history of previous American Melkite Catholic Bishops in pushing for priestly formation for married men as normative.There were a few controversial exceptions. There is also no clear indication of what Melkite Greek Catholics in the United States think about this recent announcement. However, it appears to be receiving strong support.

As indicated by Bishop Nicholas, other hurdles such as the financial cost of a married priesthood will need to be studied and considered if this new approach is to be successful.

As to a reaction from the Vatican regarding this announcement from the American Melkite Catholic Church, none has been heard yet.

William Ignatius is a writer and blogger covering contemporary issues impacting the Catholic Church. His blog New Media Catholic engages how the Church can, and should, use new medias to advance the Gospel.