The Archdiocese of Boston has opened the cause for canonization of Father Joseph Muzquiz, a priest of Opus Dei who established the personal prelature in the United States and worked for many years in the greater Boston area. 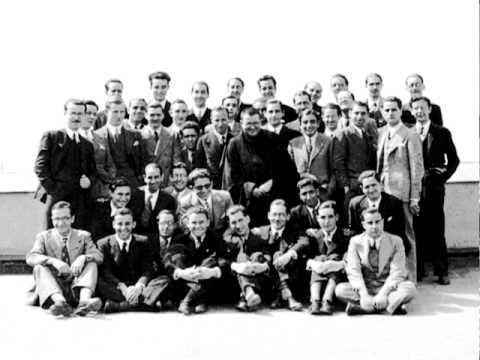 P>BRAINTREE, MA.  (Zenit.org)- The Archdiocese of Boston has opened the cause for canonization of Father Joseph Muzquiz, a priest of Opus Dei who established the personal prelature in the United States and worked for many years in the greater Boston area.

Some 150 people, many of whom are local members of Opus Dei, gathered June 2 at the archdiocese's pastoral center for the formal opening of Father Muzquiz's cause, reports The Pilot newspaper of the archdiocese.

"All Christians are called to be saints and we are deeply grateful that the Archdiocese of Boston is undertaking this effort to see whether Father Joseph Muzquiz indeed truly lived a holy life," said Opus Dei spokesman Brian Finnerty.

Father Muzquiz was born in Spain in 1912. He joined the Nationalist army during the Spanish Civil War after his city was taken over by Nationalist forces. In 1941, he was admitted to Opus Dei.

Father Muzquiz was one of the first three men ordained as priests for Opus Dei and helped start Opus Dei not only in the United States, but also in Canada, Japan and Venezuela. During the 1960s and 1970s he worked in Europe and pressed for the canonization of the order's founder, Saint Josemaría Escrivá de Balaguer.

He returned to the United States in 1981, and remained in the country until his death in 1983.

The June 2 event marked the beginning of the first stage of the canonization process, which will involve gathering evidence of heroic Christian virtue. Following satisfactory completion of this process, the case will proceed to the Congregation for Saints' Causes.

Father David Cavanagh, an Opus Dei priest who is the postulator for Father Muzquiz's cause, said after the opening prayer that the priest "may be one of those persons who has persevered to the end living a life of heroic virtue on the path to sanctity."

Several local members of Opus Dei who were in attendance had known Father Muzquiz, and reacted positively to the opening of his cause.

John Coverdale, a member of Opus Dei for over 50 years and author of "Putting Down Roots: Father Joseph Muzquiz and the Growth of Opus Dei," told The Pilot that the priest "was a very cheerful person, an extraordinarily dedicated person who clearly grasped God was calling him to do something. That was the focal point of his life."

Coverdale added that Father Muzquiz was "intelligent and hard working."