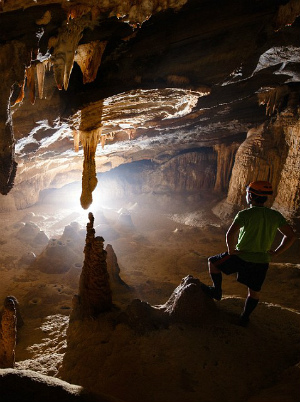 Incredible and breathtaking photographs of the newly-discovered cave in Vietnam show the "other-worldly" beauty of nature's architecture. According to The Daily Mail, the mystifying and wonderful black and white wave stripes on the cave walls were due to flowing water.. 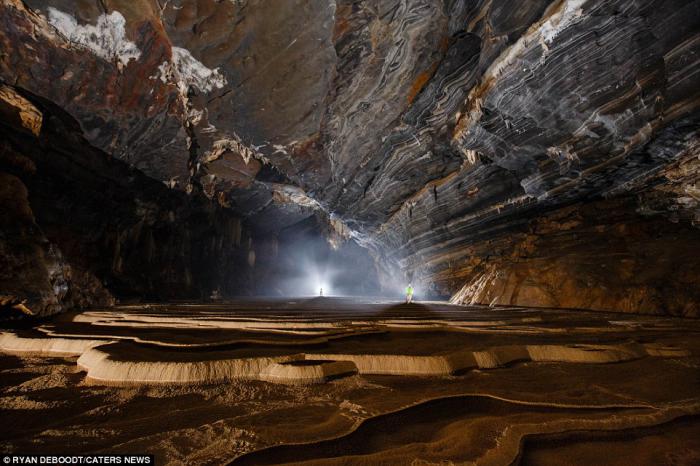 Even the adventure photographer was taken by the natural beauty. 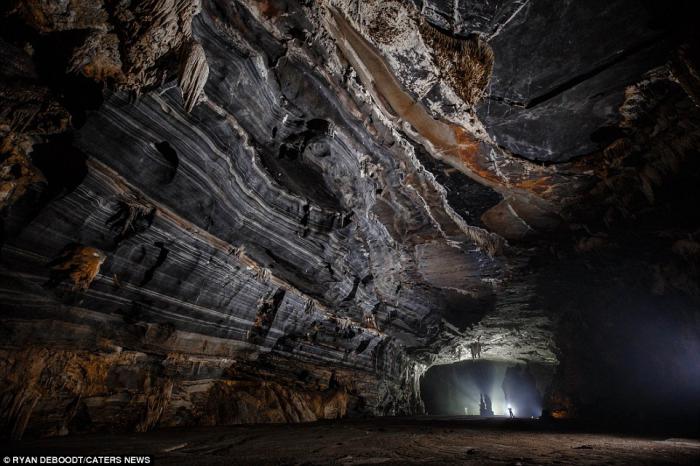 "It was a really amazing feeling to find a completely new cave. Being in big caves is truly otherworldly. The darkness descends around you and nothing seems familiar. I love the feeling of not knowing what lies ahead. It feels like I'm on another planet with the darkness of space all around me," said Deboodt. 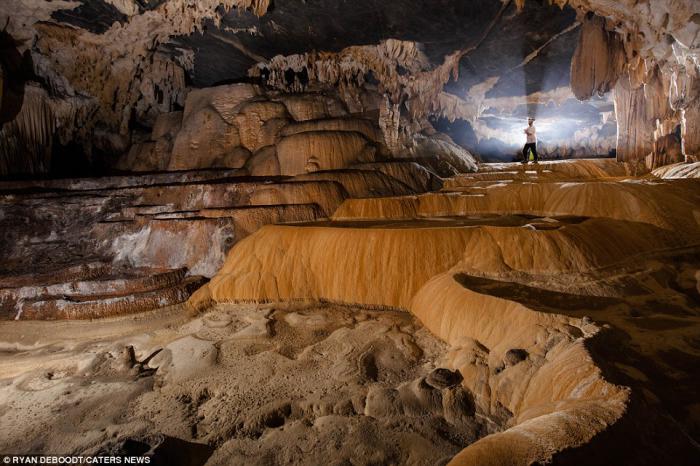 He went on tour inside the hidden extension of the Hang Tien cave, taking a two-hour jungle trek and journey through interconnecting caves to reach the final destination. Despite the pouring rain, Deboodt found the long car ride and several-hour hike exhilarating. The discovery was worth it. 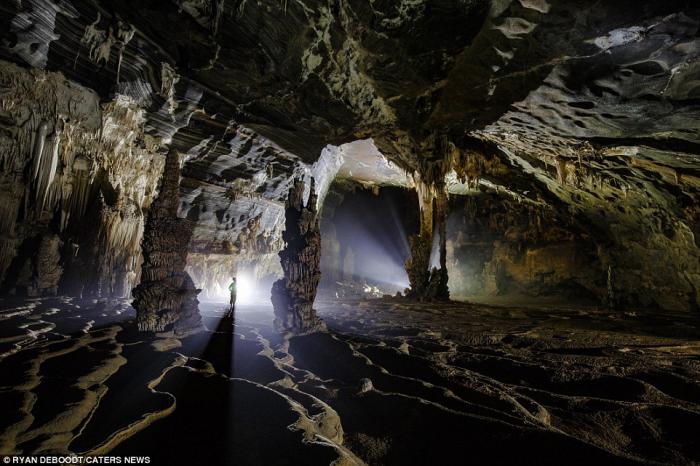 "The walls and ceiling of the cave were nearly perfectly horizontal with stripes of black and white limestone. The floors of this cave are also very interesting as the main passage is covered in small gours that go on for hundreds of meters," he shared. 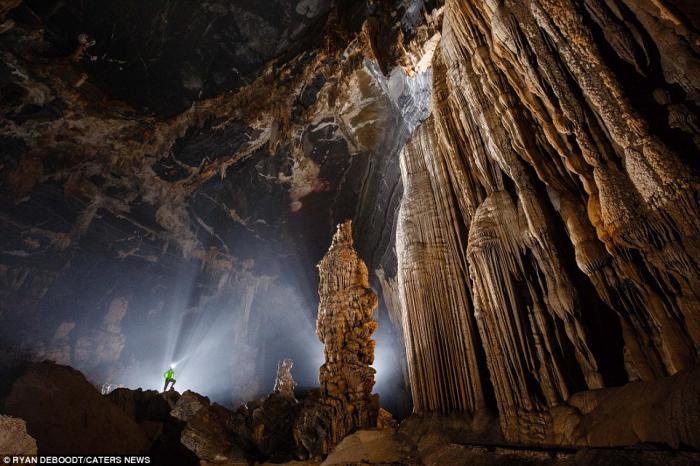 With the cave extension adding about 46 percent to the total surface area, the Phong Nha Ke Bang National Park site now has 126,236 hectares while sharing a boundary with the Hin Namno Nature Reserve in the Peoples' Democratic Republic of Laos.