The Church of St. James the Greater

The Apostle St. James the Greater, of whom the church of St. James in Medjugorje was dedicated, is the Patron Saint of Pilgrims. This is just one of many acts of God's providence that helps to reveal the larger picture behind the events of Medjugorje. 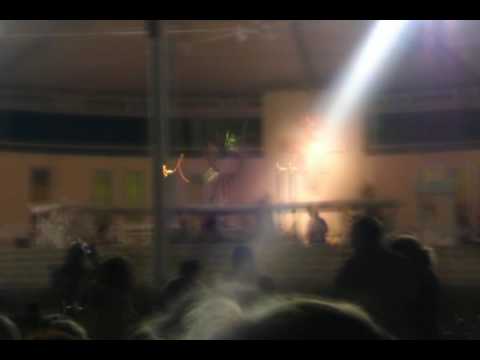 LOS ANGELES, CA (Catholic Online) - When plans were made to build this church, several decades before the apparitions began, it was much smaller than what people see in the church of St. James. The foundation was laid the church was built, but then shortly afterwards the ground beneath it began to sink. They finally had to abandon the completed church a number of years later and choose a different site for the new church.

Years passed, and though the five hamlets that make up the parish of Medjugorje, had not grown significantly, a much larger church was drawn up in the plans. No explanation was given as to why the church was built so big. But once the apparitions began, the church was filled to overflowing on a daily basis with pilgrims from around the world. It was then realized, by all, that God had inspired them to overbuild the church.

There were many different locations of the apparitions during the years when they took place at St. James Church. The first apparitions in the church were actually in the sanctuary, right above the altar.

For three years, the side room off the main sanctuary became a regular site for the apparitions, followed next by Fr. Slavko's office and bedroom in the rectory, and later in the choir loft and one of the bell towers of St. James. Lastly, the apparitions took place in the Adoration Chapel behind the church.

As each of the visionaries married, they began having the apparitions more often in their own homes. Marija built a private chapel next to her house and recently Ivan followed suit and built his own private chapel next to his home. This is where the daily apparitions occur when Marija and Ivan are in Medjugorje. Vicka has her apparitions in her home as well. Though, today Our Lady does not appear in St. James Church, Her presence will always be felt through the many apparitions that have taken place there over these many years.