Agia Triada Monastery is a Greek Orthodox monastery in the Akrotiri peninsula in the Chania Prefecture, Crete, Greece. It also contains a museum. 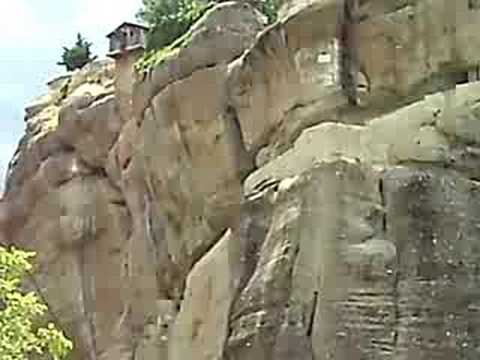 LOS ANGELES, CA (Catholic Online) - The monastery, which means "Holy Trinity", was built in the 17th century by two brothers of the Venetian Zangaroli family on the site of a pre-existing church.

The church is built in the Byzantine architectural cruciform style with three domes. The main church is flanked by two smaller domed chapels, one of which is dedicated to the Life-Giving Spring and the other to Saint John the Theologian. The main church is dedicated to the Holy Trinity and the church has a narthex at the front set at right angles to the main aisle. There are two large Doric-style columns and one smaller, Corinthian-style column on either side of the main entrance.

The monastery also has a library which contains some rare books, and a museum which contains a collection of icons and a collection of codices. Important exhibits include a portable icon of St John the Theologian dated to around 1500, The Last Judgment, work of Emmanuel Skordiles from 17th century, St John the Precursor (1846), The Tree of Jesse (1853), The Hospitality of Abraham and The Descent into Hades (1855), The Story of Beauteaus Joseph (1858) and a manuscript on a parchment roll with the mass of St Basil.