The Tower of David

The Tower of David is an ancient citadel located near the Jaffa Gate entrance to the Old City of Jerusalem. 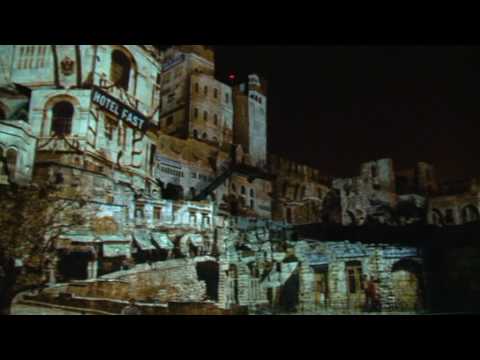 LOS ANGELES, CA (Catholic Online) - Built to strengthen a strategically weak point in the Old City's defenses, the citadel was constructed during the second century BCE and subsequently destroyed and rebuilt by, in succession, the Christian, Muslim, Mamluk, and Ottoman conquerors of Jerusalem. It contains important archaeological finds dating back 2,700 years, and is a popular venue for benefit events, craft shows, concerts, and sound-and-light performances.

The name "Tower of David" is only accurate in the historical sense, as King David's original tower and fortifications were destroyed to the foundation several hundred years before this tower was reconstructed on them and rebuilt continuously. The structure was given its name by Byzantine Christians who believed that the site was the palace of King David. They borrowed the name from the Song of Songs, attributed to Solomon, the son of King David.

The tower was originally built to fortify the region known as the Western Hill. This 773-meter-high prominence, which now comprises the modern Armenian and Jewish Quarters as well as Mount Zion, is bordered by steep valleys on all sides, except for the northwest corner. This initial tower is thought to have been built by King Hezekiah, and centuries later the Hasmonean kings built large walls and watchtowers in the area.

In 70 AD, following the destruction of Jerusalem by the Romans, the tower became a barracks for Roman troops. When the Romans adopted Christianity as its chief religion in the fourth century, a community of monks established themselves in the citadel.

In 638 the new Muslim rulers of Jerusalem refurbished the citadel as a powerful defensive structure, which helped withstand the assault of Crusaders in 1099. Its occupant's surrendered only when they were guaranteed safe passage out of the city.

The Crusaders used this location as the seat of their Kings, and also built a watchtower to observe the pilgrims coming into the city, and ensure that they weren't attacked.

In 1989 the Jerusalem Foundation opened the Tower of David Museum of the History of Jerusalem in a series of chambers in the original citadel. The museum covers 4,000 years of Jerusalem's history, from its roots as a Canaanite city, to modern times.