The Rock of Cashel: home to the pre-Norman Irish kings

The Rock of Cashel, also known as Cashel of the Kings and St. Patrick's Rock, is a historic site in Ireland's province of Munster, located at Cashel, South Tipperary. 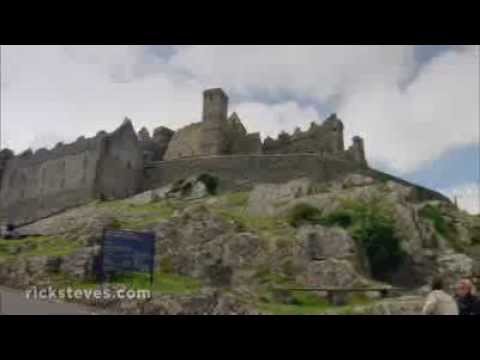 LOS ANGELES, CA (Catholic Online) - The Rock of Cashel was the traditional seat of the kings of Munster for several hundred years prior to the Norman invasion. Few remnants of the early structures survive; the majority of buildings on the current site date from the 12th and 13th centuries.

Cashel is reputed to be the site of the conversion of the King of Munster by St. Patrick in the 5th century. The picturesque complex has a character of its own and is one of the most remarkable collections of Celtic art and medieval architecture to be found anywhere in Europe.

According to local mythology, the Rock of Cashel originated in the Devil's Bit, a mountain 30 km north of Cashel when St. Patrick banished Satan from a cave, resulting in the Rock's landing in Cashel.

Cormac's Chapel, the chapel of King Cormac Mac Carthaigh, was begun in 1127 and consecrated in 1134. It is a very sophisticated structure, unlike most Irish Romanesque churches, which are ordinarily simple in plan with isolated decorated features. The Abbot of Regensburg sent two of his carpenters to help in the work and the twin towers on either side of the junction of the nave and chancel are strongly suggestive of their Germanic influence, as this feature is otherwise unknown in Ireland. Other notable features of the building include interior and exterior arcading, a barrel-vaulted roof, a carved tympanum over both doorways, the magnificent north doorway and chancel arch. It also contains one of the best preserved Irish frescos from this time period.

The Cathedral, built between 1235 and 1270, is an aisle-less building of cruciform plan, having a central tower and terminating westwards in a massive residential castle. The Hall of the Vicars Choral was built in the fifteenth century. The vicars choral were laymen (sometimes minor canons) appointed to assist in chanting the cathedral services.