Lent as a Season of No Kidding: Where are We Behaving as the Crowd?

It is a time for brutal honesty about our own sin and failings.

Do you want to accompany Jesus closely, very closely? Open the Holy Gospel and read the Passion of Our Lord. But don't just read it: live it. There is a big difference. To read is to recall something that happened in the past; to live is to find oneself present at an event that is happening here and now, to be someone taking part in those scenes.

Then, allow your heart to open wide; let it place itself next to Our Lord. And when you notice it trying to slip away -when you see that you are a coward, like the others - ask forgiveness for your cowardice and mine. (St Josemaria Escriva) 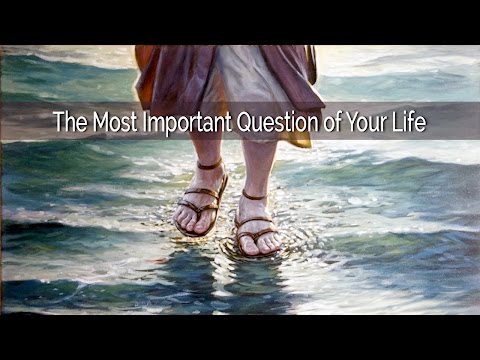 CHESAPEAKE, VA (Catholic Online) - In his powerful reflection on the Way of the Cross, St. Josemaria Escriva asks a poignant question which can be of great assistance to anyone who desires to enter more fully into the Gospel stories we hear and read on a daily basis at Holy Mass:

"Do you want to accompany Jesus closely, very closely? Open the Holy Gospel and read the Passion of Our Lord. But don't just read it: live it. There is a big difference. To read is to recall something that happened in the past; to live is to find oneself present at an event that is happening here and now, to be someone taking part in those scenes. Then, allow your heart to open wide; let it place itself next to Our Lord. And when you notice it trying to slip away -when you see that you are a coward, like the others - ask forgiveness for your cowardice and mine."

Take the Lent quiz now!
This method of reading the Gospel stories by entering into them is an ancient practice. The early fathers not only did it regularly but their inspired writings offer us examples of the great fruit it can bear. St Escriva urges the practice regularly. In another instance in the section of The Furrow dedicated to the Interior Life he reminds the reader," I advised you to read the New Testament for some minutes every day, and to enter into each scene and take part in it, as one more of the characters. This is so that you incarnate the Gospel, so that it is "fulfilled" in your life... and "make others fulfil it"." (#672)

This Gospel text presented to us by St Luke provides an opportunity to put this into practice and enhance our Lenten experience: "Jesus said to the people in the synagogue at Nazareth:

"Amen, I say to you, no prophet is accepted in his own native place.Indeed, I tell you, there were many widows in Israel in the days of Elijah when the sky was closed for three and a half years and a severe famine spread over the entire land.It was to none of these that Elijah was sent,but only to a widow in Zarephath in the land of Sidon. Again, there were many lepers in Israel during the time of Elisha the prophet; yet not one of them was cleansed, but only Naaman the Syrian. When the people in the synagogue heard this, they were all filled with fury. They rose up, drove him out of the town, and led him to the brow of the hill on which their town had been built, to hurl him down headlong. But he passed through the midst of them and went away." (Luke 4:24-30)

The passage is an excerpt from entire event recorded by St Luke in the fourth chapter of His Gospel. Jesus entered into the synagogue where he was raised in as a child and picks up the scroll of the Hebrew Scriptures. He reads the passage from the great prophet Isaiah. After initially "speaking highly of Him", the men of the synagogue realized where he was from and began to change their initial response.

They succumbed to pettiness and the proclivity to sin which is so evident in each one of us. In fact, they succumbed to the root of all sin, pride. Sadly, as a result, instead of encountering the Messiah for whom they longed, they became so blinded by their disordered emotional reactions they try to throw Jesus off of a cliff! They lost the gift of an encounter with God Incarnate - and all that it could have entailed - and joined those who reject him by their actions.

This is not the only time in the Gospels where people seek to throw Jesus off of a cliff. St Mark records the stunning and dramatic story of Jesus setting the Gerasene demoniac free from the torment inflicted upon him by evil spirits. This poor man dwelt in the tombs, tormented by evil. This man's deliverance should have been a cause for great rejoicing by his neighbors. However, just like those who had gathered in the Synagogue of Nazareth, they instead drove Jesus out of their neighborhood.  (Mark 5:1-20)

There are many excellent reflections in the Christian tradition as to why they may have responded in this manner. Most point to the involvement of the pigs in this account; the demons went into the animals and 2,000 of ended up drowning - driven by the evil spirits into the sea. These sources point to the probability that these were gentiles involved in pig farming. Perhaps they lost substantial profits in this entire affair.  They also suggest that the disordered love of economic matters can offer an insight as to why they were so blinded to the wondrous works of Jesus.

However, what is common to both stories is that each crowd encountered the Lord and failed to recognize Him. Each crowd witnessed the manifestation of the Kingdom of God and failed to be converted. They not only rejected all that could have been theirs if they had responded appropriately - they gave in to their own disordered response patterns and rejected the grace of the encounter. They became blinded to the glory of God as fully revealed in Jesus Christ. They missed the opportunity for their own deliverance and liberation.

This presents us with an opportunity for sober and honest reflection. We can hear or read the Gospel accounts on many levels. That is part of the reason why the Scriptures are such a treasure. They need to be read, re-read, prayed over, and read again and again and again. I suggest we take the Gospel account presented today as an invitation to ask ourselves a sobering question - and to answer it honestly. Where are we refusing to allow Jesus into our own lives? Where are we, in effect, driving Him out of our own neighborhood?

In the words of a dear priest friend of mine, Lent is a season of "no kidding". It is a time for brutal honesty about our own sin and failings. It is an invitation to shine the light offered by Jesus Christ into the areas of our daily lives which remain in darkness. It is a time to  ask ourselves where have we sought to eject Jesus? Where are we behaving as the crowd?